Last night we went to the Italian Restaurant right on the wharf called Barchetta where we had two nice meals and a nice carafe of house red for under £12 which I didn’t think was too bad for a restaurant.

This morning the canal was quite busy and as we set off I had to hold the boat while a couple of boats went by. Our run up the locks went quite well as we followed Sunshine II, when they entered a paired lock they drew a paddle for us and we worked them out so they could set ahead, we also met the occasional boat which helped.

There has been quite a bit of work done at the Romping Donkey since we came down on the 10th. and were working on it today. 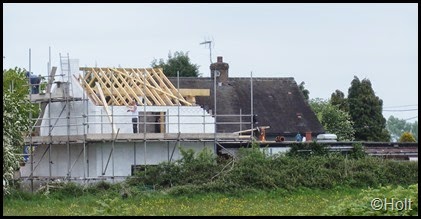 It wasn’t long after Hassall green that our locking partners pulled over for lunch and after that we went past several of the others that had set off before us.

At one of the paired locks this roller has survived on the central arch of the bridge approaching the lock. The reason it was there was so the horse could pull the boat out of the offside lock without it cutting the rope on the bridge wall and presenting excessive friction on the line. Lots of bridges had these in the past but few survive. 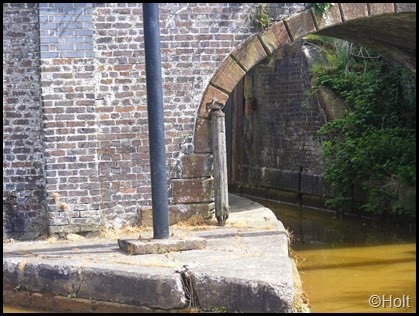 We continued to meet the odd boat or find one of the paired locks empty all the way to Kidsgrove. At the Red Bull pub this chap was in the garden with a Barn Owl on his hand. 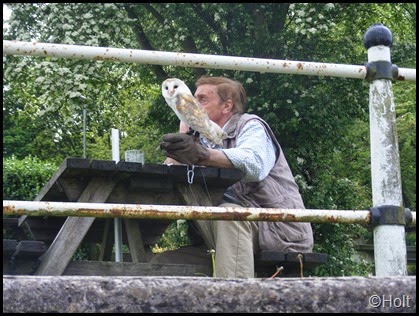 We continued under Pool Lock Aqueduct which takes the Hall Green Branch over top of the main Trent and Mersey canal and up next lock to moored for the night. From here its an easy walk to Tesco.

I must say that today the weather has really taken a turn for the better, it doesn’t seem right for a Bank Holiday weekend. 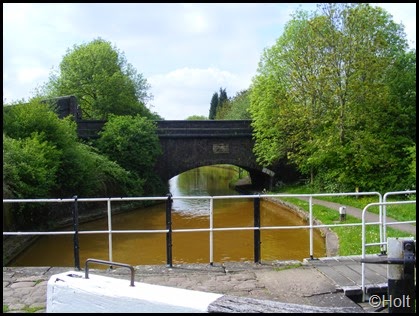