Again we had rain overnight but woke to bright sun shine, I can handle that.

We set off at our normal 10 am start after watching two day boats being sent off about 9 30 am. When we arrived at Hoo Mill lock a boat was waiting to go in, he had been 5th in the queue.
It was good to see that the dry dock here is still in use with a boat in there at the moment.

Above the lock on the long-term moorings an artist was hard at work in the morning sun shine, I wish I was that talented. 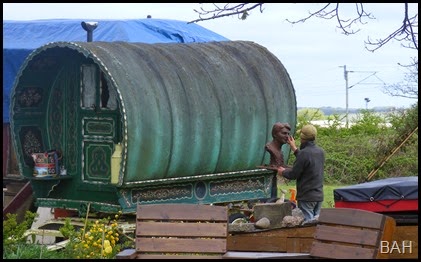 A little further on was the first clutch of Cygnets we have seen this year, dad was not at all impressed with a goose who was on his canal although the nest was well back. 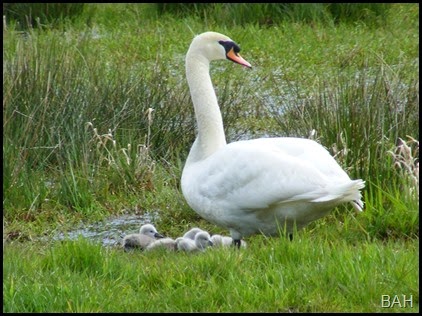 There were also a couple of broods of Canada geese close by, but they all seemed happy with each others company. 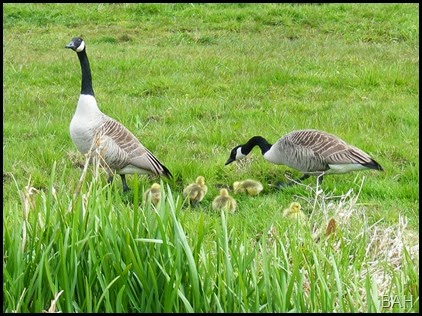 The strange thing was, that although we are well into the breeding season and have seen lots of pairs of swans it wasn’t long before we came across a group of 30 in the canal and on the bank.

The Long Horn Cattle had their calves with them watching the boats go by, but this little chap was not too sure of what to make of us. 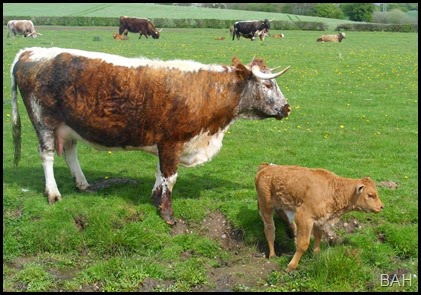 We caught up with the same boat at every lock, but it was better than the other direction when there were three above the lock ready to come down and we met another three in the pound as well.

The canal has sprouted red stakes in the bank,  I suspect its 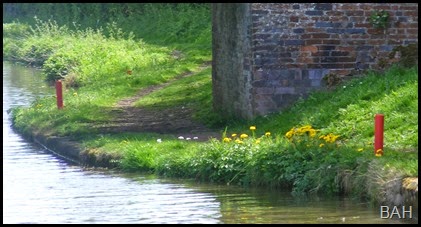 to indicate the areas that need dredging as just before Aston Marina there is quite a work camp set up. I don’t believe that 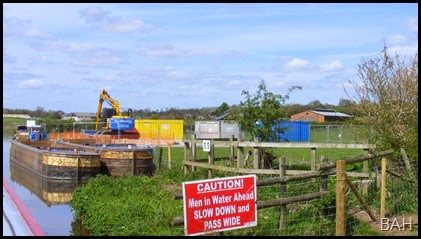 they have any men in the water regardless of what the sign says.

Aston Marina are erecting another large building, I wonder what this one will be?

The boat we were following moored just below Stone, taking the last mooring at about 2 pm in the afternoon, but we planned to go further, We then got haled from the bank by Jan who told me Jubilee was moored above the lock, then a few boats further on was a chap I use to work with, we bump into each other every few year, often just in passing but today we were able to exchange a few words before we moved on passing The Oatcake Boat who was doing a roaring trade just before the water point.  John was ready to assist us at the lock as Jan had messaged him to say we were coming and once up the lock we moored on the 24hr mooring to nip round for tea. Also moored in Stone was The Tea Junction, a travelling cafe boat.

Having refreshed our selves onboard Jubilee we set off again to do a bit moor before calling it a day, The moorings looked quite good above Roger Fullers yard so we pulled in there opposite the industrial estate but considering its Bank holiday there was quite a bit of activity, we don’t know if its a 24 hr operation but decided not to risk it and moved on again. Our next thought was to moor just below Meaford Lock, bet this is quite close to the A34 so we did just two more locks and moored half way up the flight.

In the bywash of the second lock a Wren was busily pecking around in the shallow water and wet weeds. 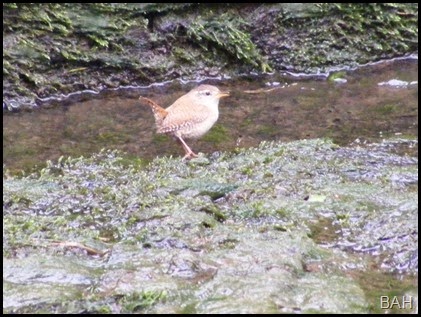 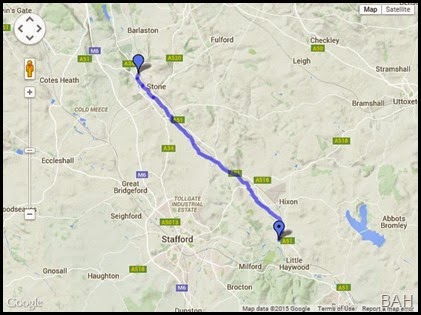