Well the evening was fine enough for us to walk down to the Caldon Canal to the pub for dinner and get back to the boat.
As we went to bed I happened to look out of the side hatch and this is what I saw. The moon just climbing up from behind the hills.

We woke to sunshine but it didn’t last and it was soon raining, the mooring turned out to be very wet and the afternoon showery. The poor chap moored ahead of us with a motor and butty had picked up a real blade full coming out of Etruria and it was still laying on his counter for all to see, we were lucky when we picked up a duvet in Birmingham as ours caught on the bow of the boat so we didn't travel over it for it to find the propeller. 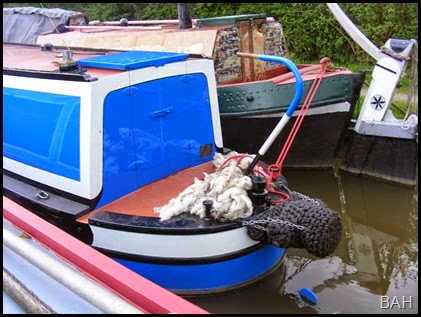 We got away a bit earlier for some reason and a short way up the canal the towpath is getting the same treatment as the Caldon towpath. 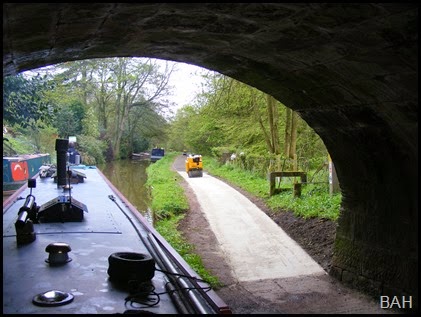 It will give a hard surface from Stoke to Leek. There were 14 men working on this site, they had the work boat in the middle with the materials on it and were working towards it from each bridge hole. 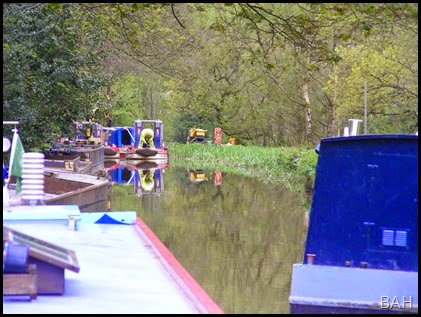 About a mile after this we saw what we had come up here for, the bluebell woods. I can’t think of anywhere where I have ever seen so many bluebells, its next to impossible to take a good photograph as you glide by but here are a couple I took. 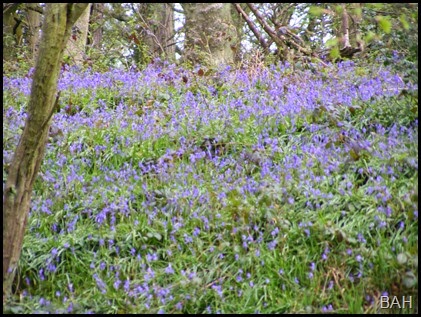 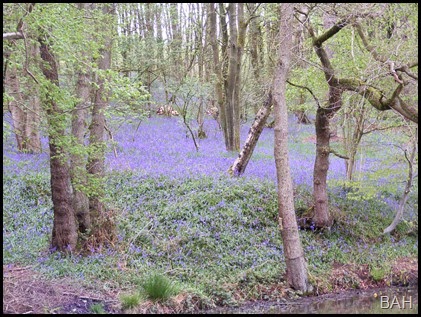 I will probably put the rest up on Facebook. I have never seen a sight like that up the Llangollen.

We decided not to carry on through Leek Tunnel but to wind in the large winding hole just before the tunnel and retrace out steps. Even I can get round in this size hole, I did wonder how 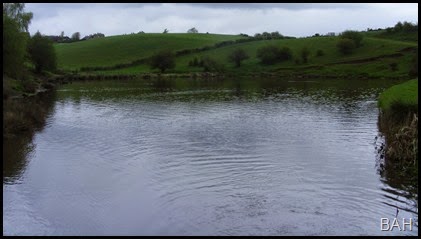 deep it would be if I ventured over to the far side, but decided not to risk it.   The tunnel entrance is round to the right of the picture and the photograph taken for the canal section. 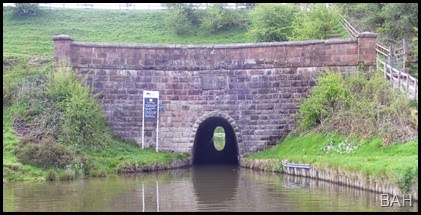 They have planted a lot of new hedging along the towpath boundary fence which may turn out to be a shame, as if they don’t maintain it the views will end up like this. 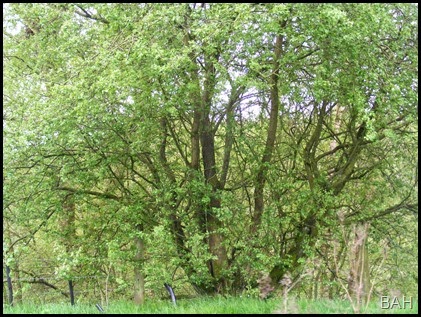 Where as at the moment it is like this. 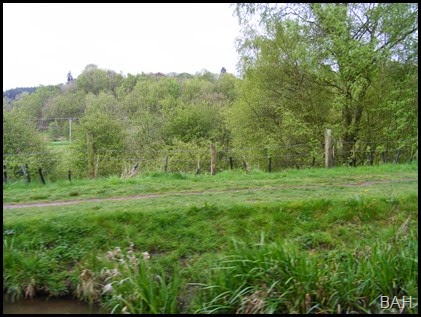 Back at the work site and the men were unloading more of the fine, white stone that they are using to top the path with. To do this they had to move the barge containing the material further from the one with the digger on board so blocking the canal. I had hardly stopped and they were moving the boats to give me an easy passage, looking back I think I would have got by OK without them moving, but it only took a few minutes.

We carried on back to the Caldon stopping to top up with water before heading to the Stockton Brook Locks, I took a photograph of the new lock moorings above the top lock with just bollards for 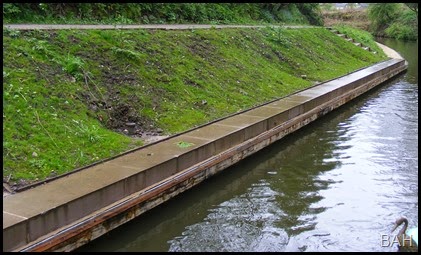 one boat and room for five. The front of Harnser hasn’t reached the bridge yet and the edging goes back round the bend. Again the locks were against us and again we met a boat coming the other way in the middle lock, so not all bad.

Engine Lock was empty as we had someone running ahead, we never saw them but that is why the Stockton Brook flight were empty. I watched Engine lock fill and the water enters the full length of the chamber, not just at the head similar to the Grand Union locks at Stockton.

Last time we were this way I posted a photograph of where CRT had tried to protect the brickwork on one of the bridges with plywood, this is what it looks like today, 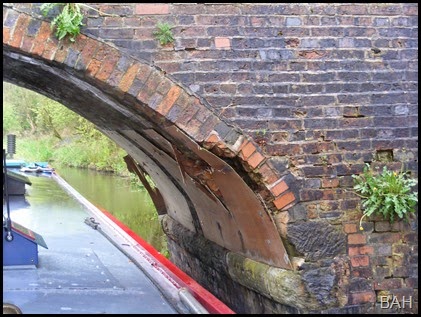 why they don’t just tether a railway sleeper in the bridge hole to fend boats off from the offside I don’t know. Do they really thing a sheet of ply is going to stop 16 tons on steel Narrowboat.

Not long after this we moored for the night, same spot as coming up  as its just over 2 hours from here to Etruria Junction and it would have been about 6 pm when we arrived there. 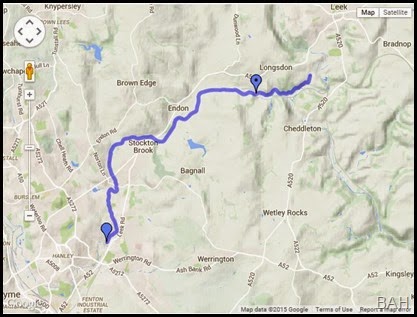