Nice mooring last night but this morning just before we got up our feet were several inches above our heads. We sleep across the boat and the pound was down by a good 9” so we were hard aground. Several boats had left the pound doing down through Big Lock and boats passing through were doing it singly so a small lock full in and a big one out. About 10 am we noticed the boat moored ahead moving off so we followed him down so that we could share the lock. Once below big lock that was the end of locks for today. Croxton aqueduct below the lock is now narrow so wide beam boats can no longer reach Middlewich. 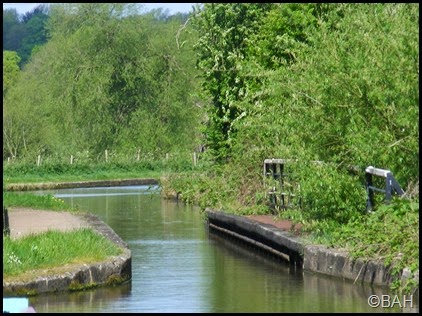 This section of the canal and countryside suffers from subsidence due to salt mining so in places the canal is very wide, but these flashes are very shallow 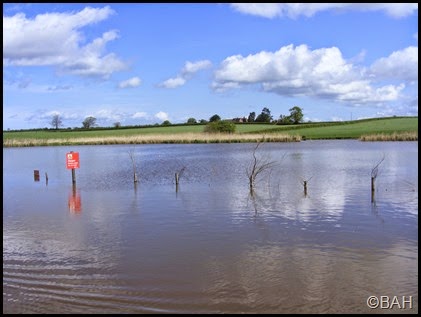 On the off side there is a picnic site with overnight moorings known as Bramble Cuttings, it use to be an old clay pit where they dug the clay to puddle the canal, it was delivered via a narrow gauge rail line. 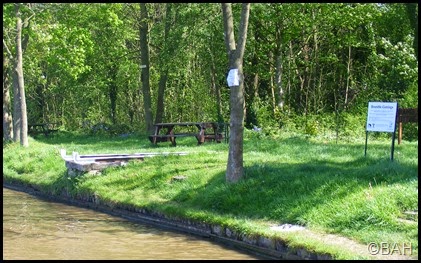 As we approached Orchard Marina there is a huge marina being built on the towpath side with rows of pontoons, it just lacks water. 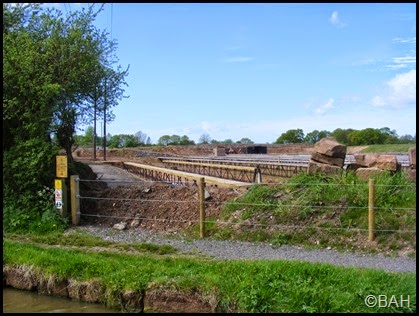 It even has a very nice bridge to take the towpath over the entrance where at present there is a clay bund. 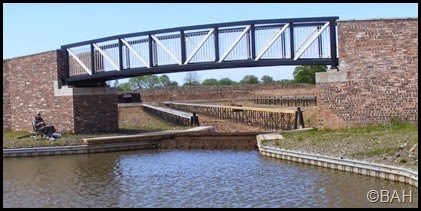 It appears that construction of this marina has been going on for some years.

After this the canal gets quite industrial with large works both sides of the canal but not as daunting as it use to be a few years back when there were “No Smoking” and No naked Flames” notices everywhere. 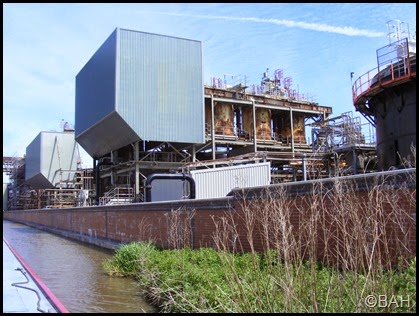 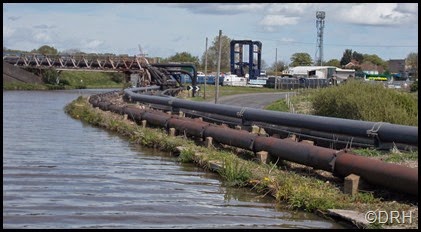 We stopped at the Anderton services to top the water tank up and then made our way to the Anderton Lift where I moored in the holding area outside the visitors centre and went in to enquire about going down onto the river.  We hadn’t planned to go down until tomorrow but we arrived much earlier than we expected.
In the visitor centre I was directed to the ground floor where I rang the bell at a window to an office and waited for service. An employ came bay and said the lady in question to deal with me knew I was waiting but was busy and would be with me shortly. The a chap turned up and asked if it was my boat moored above and was I going down the lift, I assured him it was and I was to which he got on the radio to get the gate lifted and requested I hurry up as there was a trip boat waiting to come up. The lady then appeared and took my details and I was on my way. Back at the boat a second chap gave me instruction and we were off.

I am doing a separate blog about the Boat Lift see http://visitsbyharnser.blogspot.co.uk/2015/05/anderton-lift.html

Once down on to the Weaver we turned hard left and headed upstream to Northwich Town quay where we have moored for the night. There are several other Narrowboats here and we are opposite the marina. After reading the guide that we were given at the lift we went for a walk round town, not the most exciting place I have ever visited, there is a Weather spoons but its at the top of the town, we didn’t see any restaurants that were still trading, loads of estate Agents, banks and retirement homes. So tonight we will be eating on board. 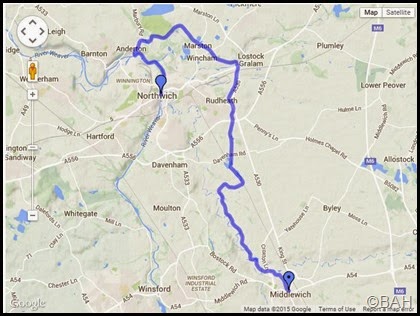 Hiya,Just browsing the canalworld forum and happened by your blog! I live very near the Weaver so it is always fantastic to see another forum member on the river and hear tales of nearby cruising! I had a stroll past on the opposite bank - Harnser is a fine looking craft. Happy cruising - Cheers! Mark