Again last night was wind and rain, no snow unlike some places, the temperature dropped to 2° during the night and only got up to 5°C today, but at least its been sunny.

A boat came by about 9an and we set off at half ten. New Marton top lock is only a couple of hundred meters from where we were moored but by the time we arrived the top gates had leaked so much it had filled its self up, New Marton bottom wasn't much better and only down a foot so its a good job they are down for repair next week.

In the past we have had Kingfishers just flit along ahead of us, today it was a Buzzard who went forward a few yards and waited for us then off again. 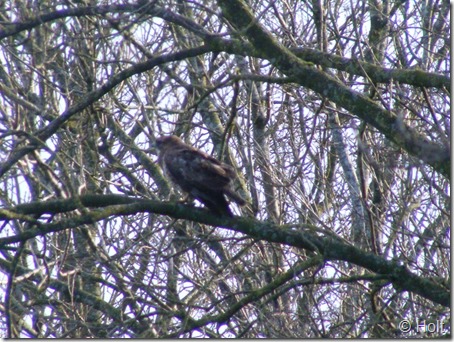 I intended to get a photograph of Mr Badgers front door last time we were this way but failed, but managed it today, not well lit but the sun was round the other side. 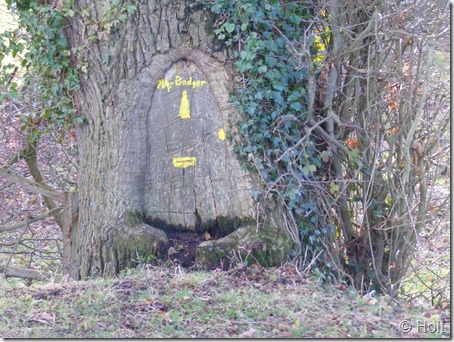 The towpath changes side many times on this canal , but this is the only turnover bridge I can recall seeing, its Polletts bridge or W6 and is just west of Maestermyn Cruisers. 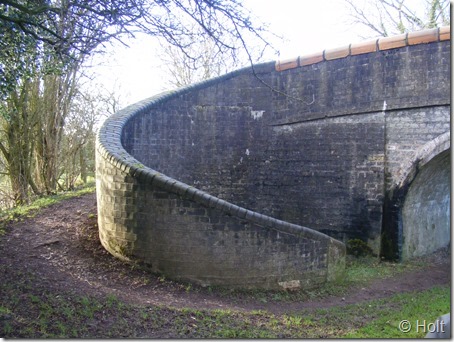 We met a few boats on our way to Ellesmere where we have moored down the Town Arm. As we passed Ellesmere Dry Dock I noticed the bedding from a chap who is living under the covered area by the water taps. He wasn't about as we passed but there looked to be an unopened Christmas present on his bed and a robin hopping around picking up crumbs. 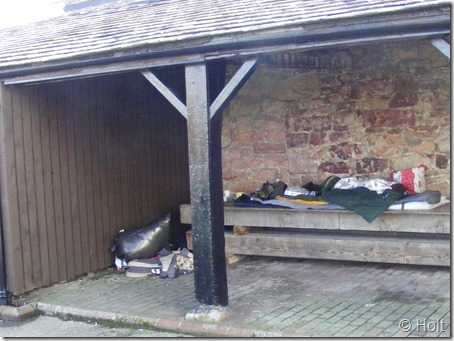 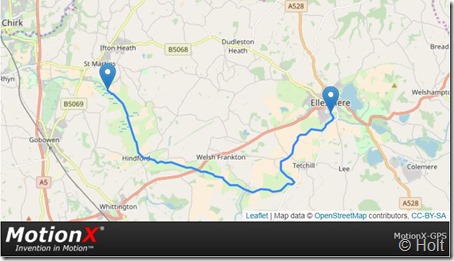