Last night we ad the Owls saying good night to us as we lay in bed, this morning as expected it was foggy, touch of ground frost and the sun doing its best.

We left at 10am and the weather slowly improved as we chugged along . Someone has done a lot of off side tree cutting along the canal near Hampton Bank removing so good sized young trees. 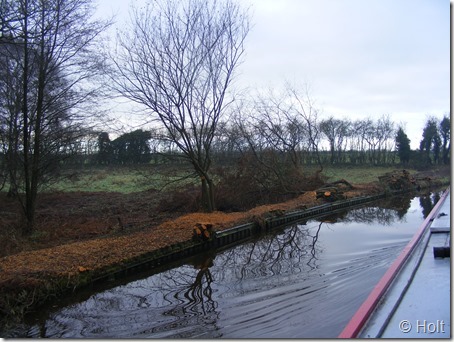 they have also been installing a length of wooden piling where the towpath has eroded badly. 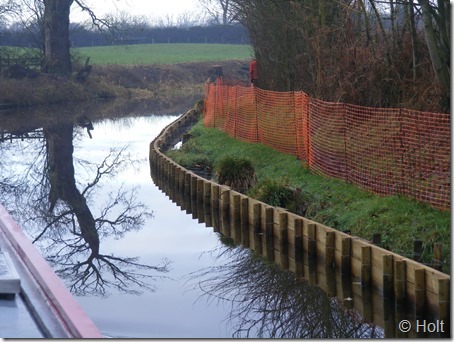 We only met a couple of boats and the first of them was a chap in a Canadian Canoe and no he is not wearing a top hat and suit, its a wooly hat and dry suit. 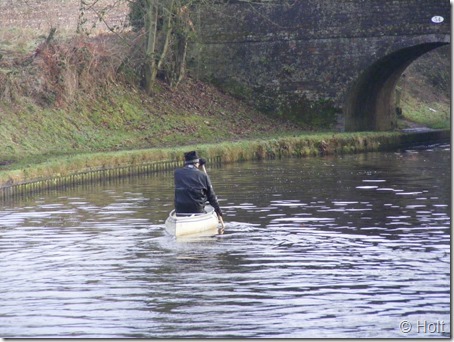 By now the sun was well out and the mist had mostly cleared away, but it was still hanging on the Meres. This is what Blakemere looked like just after mid day.

As we approached Ellesmere Tunnel we discussed whether to fit the head lamp, what were the chances of meeting a boat, its only 87 yards long and we could see right through it. We just reached the far end when we met the second boat of the day, had we been a couple of minutes later we would have been in the tunnel when he came the other way.

At Ellesmere we turned down the arm to do a bit of shopping to top up with Christmas odds and ends that got missed Sunday O and also a turkey.

There were only 4 boats down the arm, I expected it to be quite full, with the low sun we got a nice reflection of the end of the basin. 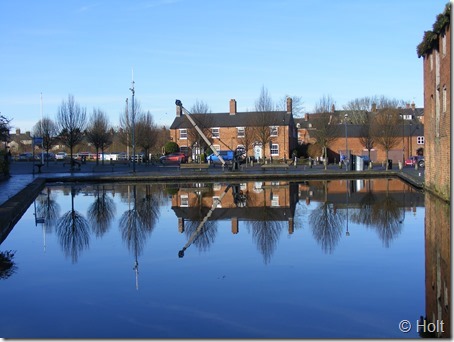 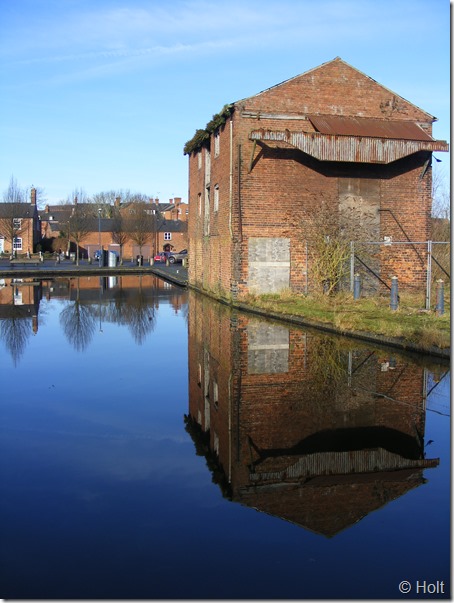 plants coming from the guttering, lets hope its still there when someone does take it on.

Once the stocks we replenished we winded at the end of the arm and continued up the Llangollen, Shortly after leaving the arm we came across the diesel/fuel boat, Mountbatten just completing a delivery, there would have been room to get passed them both if it hadn't been for the hire boat just coming through from the other direction, 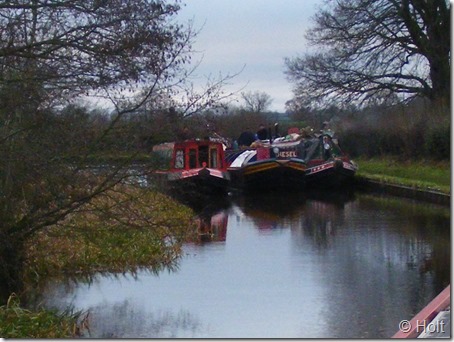 Once by we continued on to find somewhere to moor for the night, we soon passed the long term offside moorings with their 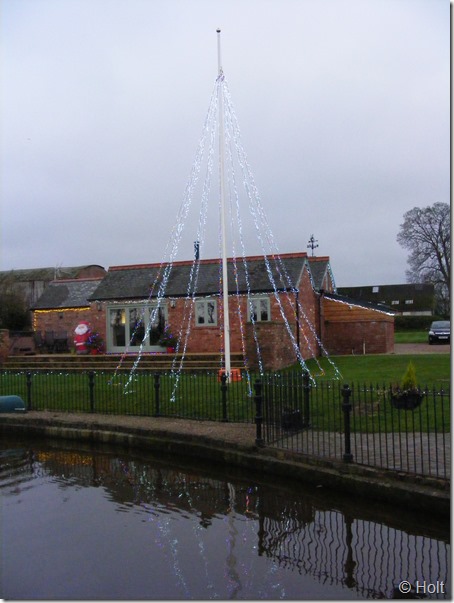 Christmas lights before coming to the first lot of 48 hr moorings, however there was a boat already there, there was room for us but with so few boats about why crowd someone so we carried on a couple of hundred yards to the next which were empty so we snuggled in there for the night. 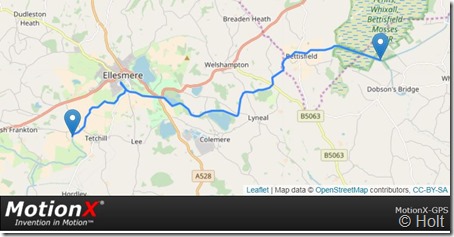 Posted by Brian and Diana on NB Harnser http://nbharnser.blogspot.com at 16:58