We arrived at the moorings after a rather filthy drive up the M5 and M6 from my son's in Gloucestershire. There were a few hold ups due to road works but nothing major, it was just the mist and fog mixed with the road spray and at times heavy rain.

We arrived at the moorings a little after 2 pm and I am pleased to say that shortly after setting off the rain stopped and it was quite pleasant.

The first job back on the boat was to refill the potable water system, we always drain it this time of the year when we leave the boat and we recorded - 4°C inside while we were away this time. Its not a major job draining and refilling, but it has to be done before the heating can be put on, I think the boat was about 8°C when we arrived. One of the things I was dreading was finding the marina still frozen over, thankfully the ice had all gone.

We pushed off just before three and found a small amount of ice floating around just outside the marina but only bits. As we approached the new Oak Meadow marina the canal was covered in mist, just that one short bit. 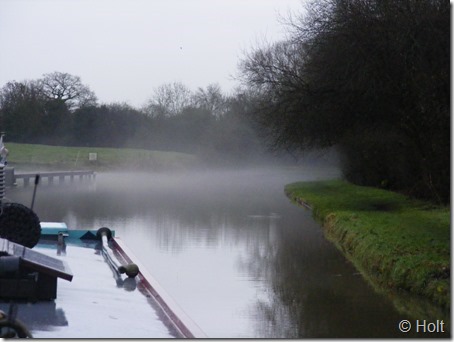 We carried on and encounter some more very thin ice at the next flash. By now the weather was quite pleasant, it felt warmer than last trip. As we made our way along the canal with the light fading the pheasants that had already gone to roost in the trees over hanging the canal decided to make a move as we approached. After an hour we arrived at Bramble cuttings with no other boats in sight, so we decided to moor on the last stretch of moorings that the Broken Cross boat Club installed with a nice gravel walkway and wooden edging. 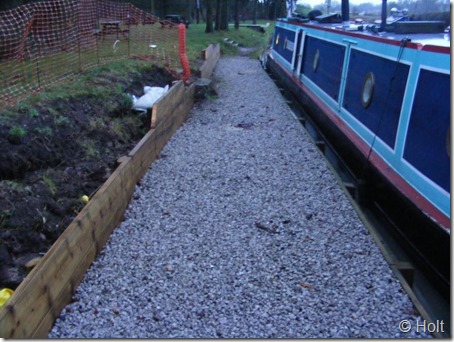 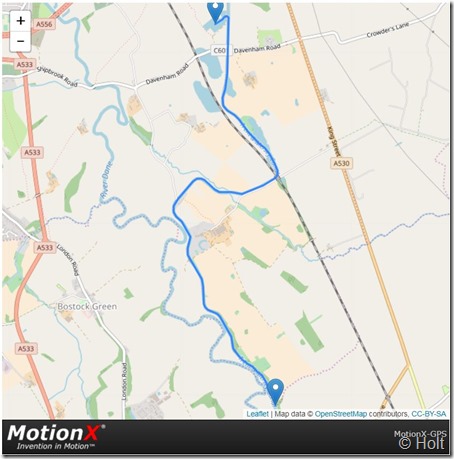 Posted by Brian and Diana on NB Harnser http://nbharnser.blogspot.com at 18:35