We had a good night last night at The Red Bull pub with the Trent and Mersey canal Society. They laid on a good Christmas meal with loads of fresh veg, we even managed to win a prize in one of the quiz rounds, mind you, we came last in the other round. Not quite a bottle of Prosecco but a Prosecco Candle. 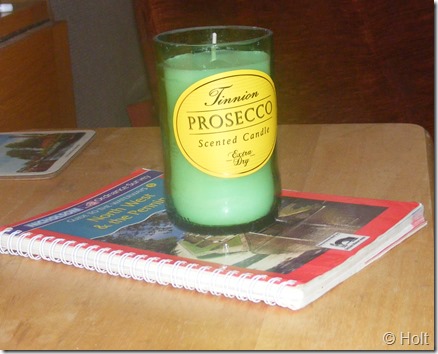 The highlight of the evening was when the chap with a bald head managed to smash the glass globe on one of the wall lights cutting his head in the process, I wont mention names. It was one like this. 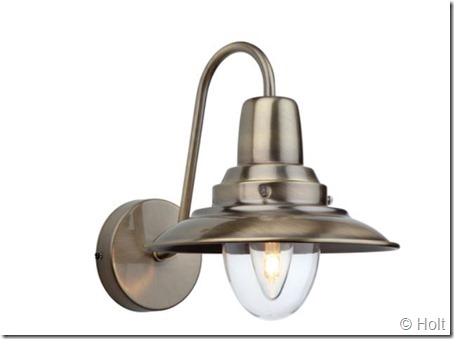 Looking out from the boat yesterday evening this was our view. 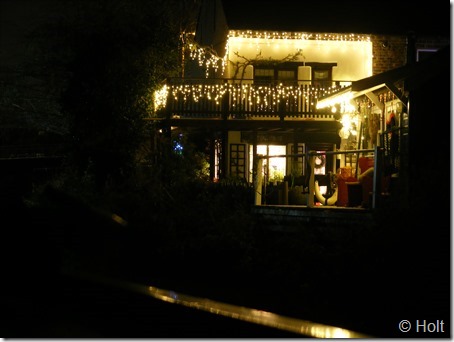 How different it all was this morning with a grey, damp, dull day with fine drizzle that gets in everywhere. First job was to fill with water, the tap was just behind us and then off down the Cheshire Locks. 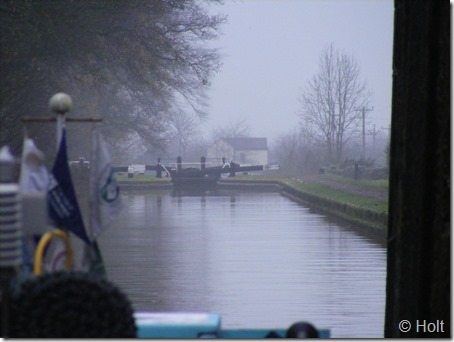 At one time after the locks were paired there was a connection between the two lock so that emptying one the water could be used to fill the other. On the derelict lock at Church Top Lock you can still see the remains of the paddle gear with just the end of the rod visible. 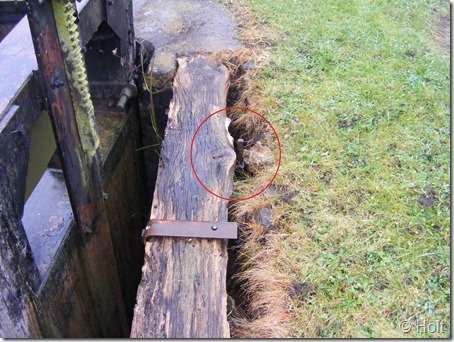 As I was getting ready to go into lock 50 while Diana was setting Lock 51 Martin from the coal and diesel boat Halsall turned up on his bike to set the adjoining lock, so we waited in our lock to let him get ahead, he even had 51 all set ready for him, but he didn't get very far as the pound below 51 was dry, so while he let water down through 51, Diana let water down behind us through lock 50. It wasn't long before we were both on our way again.

For the first time I have managed to get a reasonable shot of Snap's Aqueduct, its just a shame that the weather was not better, but maybe its the poor light that shows the curved walls off better. 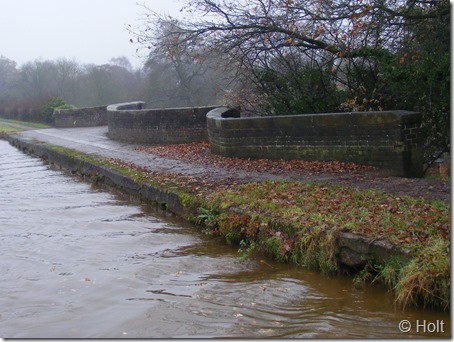 We had planned to moor for the night at Rode Heath and when we arrived there was Halsall selling someone diesel.

We went by and moored for the night while Martin and Brian carried on down to Wheelock. He is actually  in Middlewich. 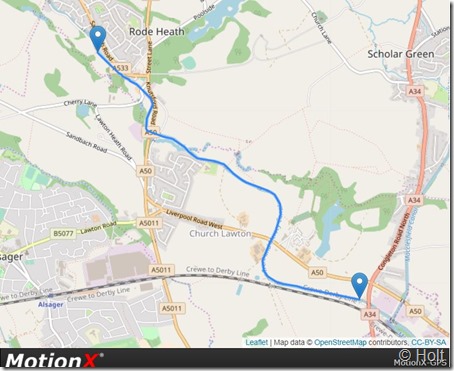 Posted by Brian and Diana on NB Harnser http://nbharnser.blogspot.com at 17:33