A bit better day today but it wasn't long before I had to put a coat on because of the fine rain. The moorings filled up last night and there were 8 boats here when we pushed off just after 10 am.

The pound below Thurlwood Top Lock was well down and we did wonder if we would need to let water down, I scraped out of the lock but once a boats length into the canal was clear of the bottom, so just made my way slowly down the middle of the channel to Thurlwood Bottom Lock without a problem. Below the lock in the next pound was fine. 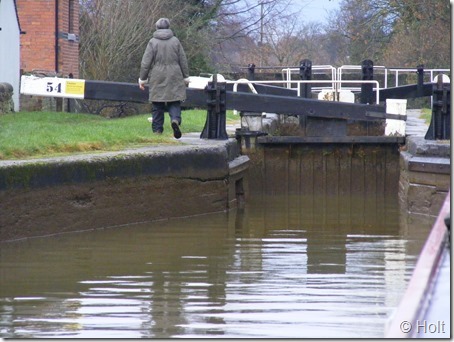 As Diana brought Harnser out of Pierpoints Bottom Lock, I spotted a lady in the distance who indicated to me with a windlass that she was coming up, so we were able to leave the gates open and the rest of the locks should be with us, I warned her of the low pound ahead, her boat draws more water than ours, in turn she told me I had another low one near the bottom.

Some time in the past the bridges on this canal have been renumbered, but the old 141 and 143 still carry their original numbers. In the guide books and maps you will find them listed as 142 and 145, just to keep you on your toes. 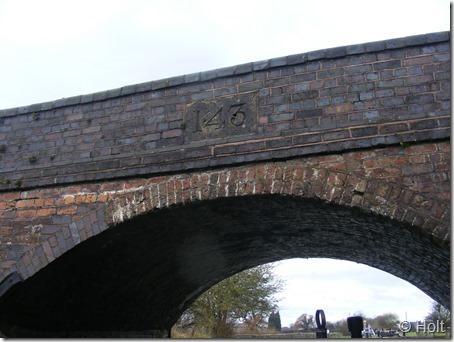 As we were working down Hassall Green Top Lock a boater joined me to close the offside bottom gate. He was single handing delivering a boat that we had just passed and we agreed that we draw a paddle on one of each of the twined locks for him as we went down, so it would be full when he arrived. We actually managed better than that and in most cases could open top gate ready for him so when we got to Wheelock he was only just behind us.

Most Narrowboats have their hulls pained black, some carry this black up to the first guard rail or rubbing strake when others, like us take it right to the gunwale. This boat was all blue, including under the water line. 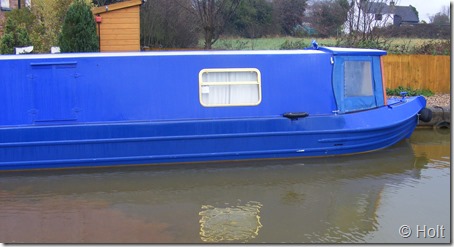 The next low pound was the one between Saw Pit Lock and Wheelock Top lock, a passer by told us how 4 boats had been stuck in there this morning, although it was down we got through OK. Wheelock was the only lock I didn't set for the chap behind, I didn't want to take any more water out of the pound. 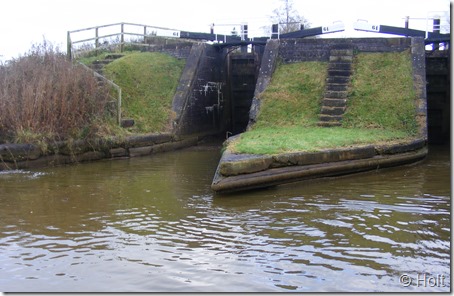 It was a toss up whether to moor at Wheelock or carry on, by now the weather had cleared so we went on to moor at Paddy's Wood, not sure why its called that as there is no wood. 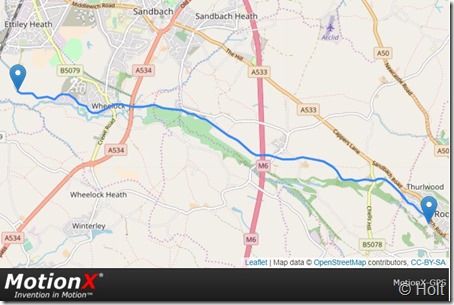 Posted by Brian and Diana on NB Harnser http://nbharnser.blogspot.com at 17:14