OK I am British so lets start with the weather, yesterday morning when we set off it was +3°C when we moored up it had gone up to +6°C and by the time we went to bed it was +8.5°C now its sitting at +11°C.

When we looked out first thing it was foggy but the sun was doing its best, I took this shot just before 10am today. 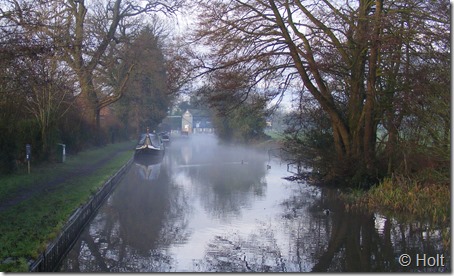 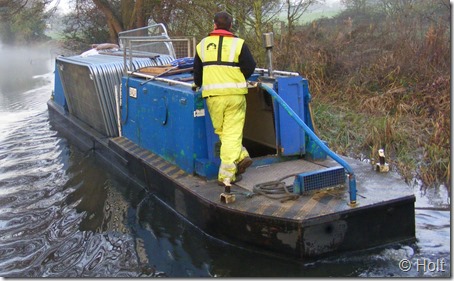 by at quarter to, so rather than sit on his tail we gave him about 40 minutes before we left, what we didn't know was he hadn't gone through Wrenbury Lift Bridge and was just dropping it as we arrived.

We often find that Frith Lift bridge is down now when we pass and this was true today. We could see the CRT chap had just wound it up and was setting off again, so we gave him a good blast on the horn and a wave so he carried on and left it up for us to close. We arrived just in time as the farmer on the off side was about to get someone to lower it for him to cross, he didn't look up the canal at all just straight across.

We did meet one boat today which would have helped the CRT chap setting all the locks for him, but he did draw the paddle on Quoisley lock for us. We finally passed him while he was having his lunch above Willeymoor Lock.

For some reason it started to rain just before lunch time, I think it was my fault as I had just polished my brass tiller arm for the first time in 8 years, I wont make that mistake again.

The three locks below Grindley Brook Staircase were all against us but the staircase its self had leaked off so had to be filled.

We stopped for water just above Grindley Brook staircase Locks before continuing on to the junction with the Whitchurch Arm to moor for the night. 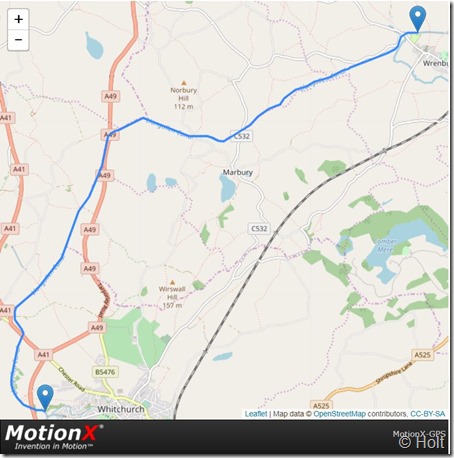 my tiller arm never gets polished, for exactly the same reason. :) hope you and Diana have a happy xmas.