We woks to a thick morning again but by 9am it was clear bright sunshine and it stayed like that all day. A couple of boats came by well before we were ready to leave at 10-15 am.

It wasn't far to the first bridge where this person had not picked the best place to moor up, about 60 feet from the bridge on the bend, right where a boat coming the other way wants to be so 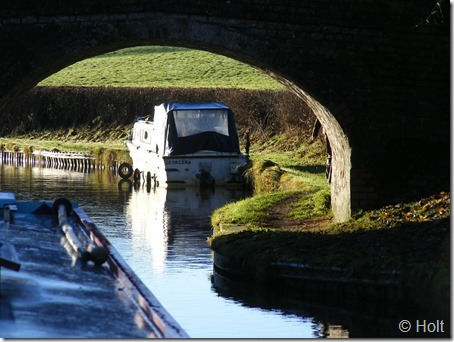 they can see through the bridge. The farmer on the offside obviously holds his trees in high regard as he has gone to the expense and trouble of erecting metal railings around them, a common site in parks in years gone by. 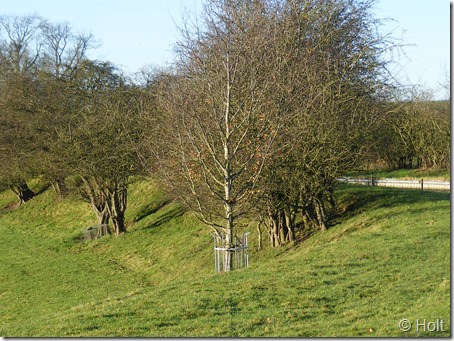 As we approached Frankton Junction there is a notice on the towpath, I can't remember how long this notice has been here, but its measured in years. It says “Work in Progress” 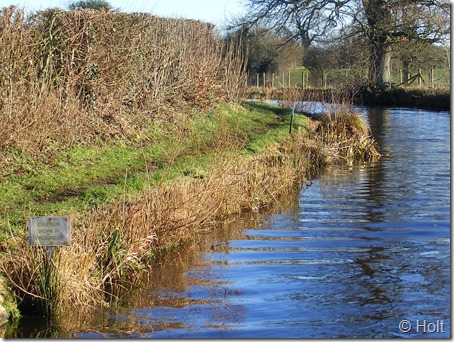 Just through bridge 1W, they start renumbering them here again, 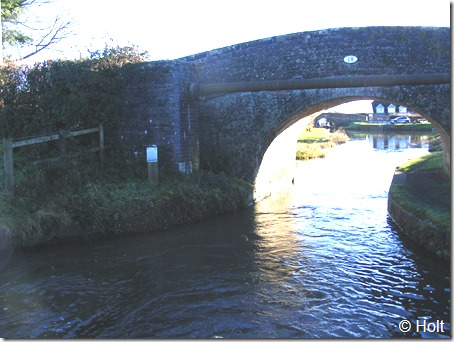 CRT have put up another A4 small typed notice on the Offside, I couldn't read it after backing up to the bridge hole, so a passing boater would have no chance. Here it is in close up so that you can read it. 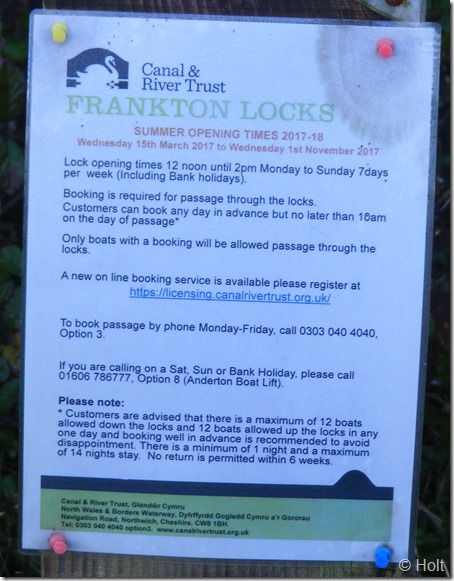 For many years there has been a Springer steel Narrowboat sitting on the bank not far from New Marton Locks, Today it has a cover over the back end so maybe someone has started working on it. 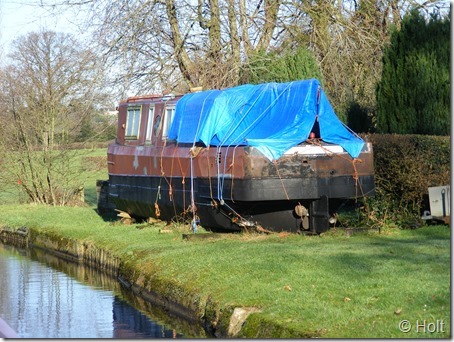 New Marton locks are due to have work done on them next month and we have to get back below them before it starts. The bottom lock leaks badly through the masonry and water gushes out from the approach wall below the bottom gate when the lock is full. Wee stopped just above the top lock to fill with water, this was quite a slow tap and we had time to sit and eat lunch while the tank filled. Looking across the countryside we could see the steam rising vertically at the works in Chirk, as you can see its a lovely clear day and at this time no wind, it did freshen late afternoon. 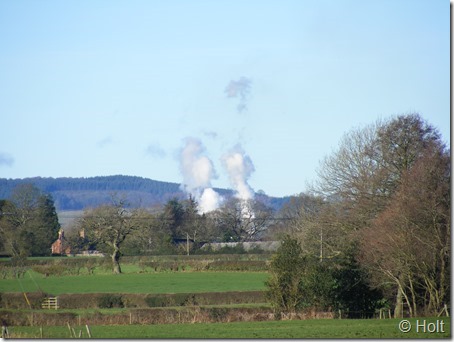 Onto Chirk aqueduct with the tunnel dead ahead of us, I wonder how long it will be before they decide there should be railings 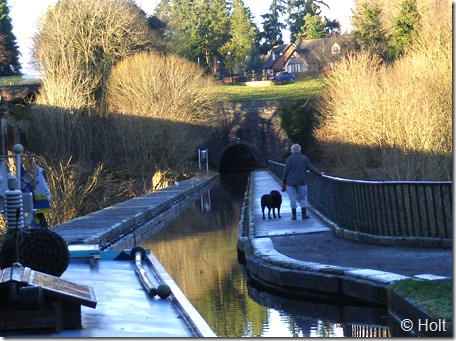 along the off side of this aqueduct like they have at Marple. I decided to go through the tunnel slowly to see if it made progress overall any better, no, I still came almost to a standstill about 50 yards from the far end as usual, but it was worth a try. Both this tunnel and Whitehouse tunnel have towpaths and were some of the first tunnels in England to be built with towpaths running through 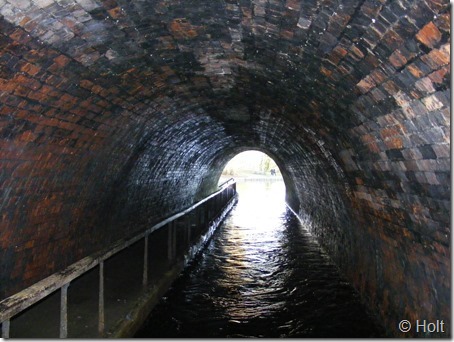 them, prior to this boats had to be legged through tunnels and the horses taken over the tops. The tunnels weren't bored but were cut and fill construction.

We had decided that we would moor for the night at the visitor moorings just through the tunnel, unlike most of the moorings we have passed which have been empty, this one has three boats there already so we are tagged on the end. We don't have to use visitor moorings but this is quite a shallow canal and we often end up going hard aground before we get close to the bank in other places. 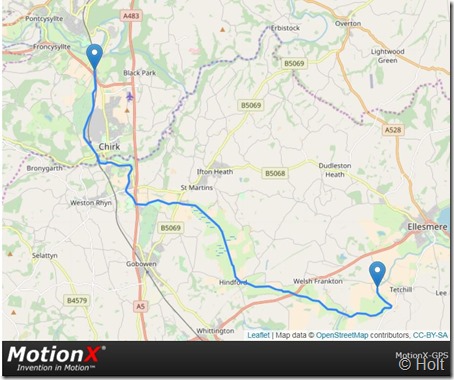 Posted by Brian and Diana on NB Harnser http://nbharnser.blogspot.com at 18:25