Well today was a much better day weather wise, it did drop to freezing overnight but was bright and chilly this morning actually hitting double figures about 3pm.

We shoved off at 10am and had only just got through the first bridge when a Kingfisher dived into the canal beside the boat and almost immediately up and out with a fish, far to fast to even pick the camera up, let alone switch it on and get a photo. This was soon followed by a Little Grebe or Dab Chick coming out from under overhanging bushes.

As I suspected they have put a large valve on he outflow from the reservoir back into the canal, I am guessing its to make maintenance easier out in the open. 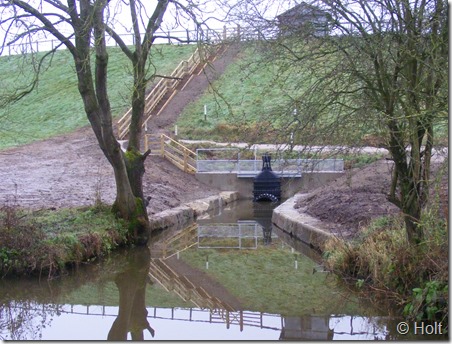 All the Hurleston flight was against us but a CRT boat that had been following moored below the locks and the steerer closed up the bottom lock for me, in turn I set the next one, by which time his helper had arrived. CRT have contractors by the locks drilling test bores, so it looks as if they may be getting serious about fixing things. 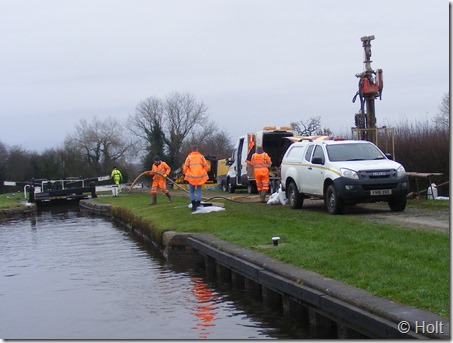 Just above the top lock Cheshire Cat have three boats moored on the services, two abreast, I guess they are there for winter maintenance.

We did meet one boat on the move but that's all so that put a few locks in our favour. We carried on until just before 2 pm when we moored for the night at Wrenbury on the 48 hr moorings. 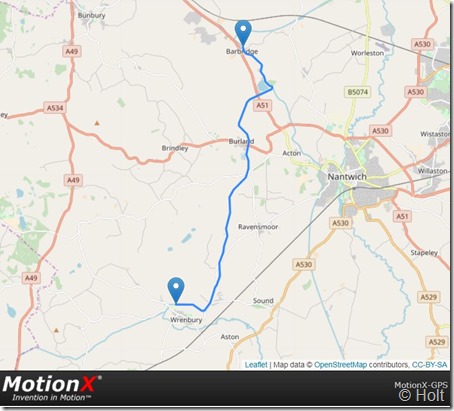 Posted by Brian and Diana on NB Harnser http://nbharnser.blogspot.com at 16:10