Well bit of a surprise this morning the arm was iced over, only very thinly but opening the rear doors and the sun beamed in. By 10 the ice had cleared as we went to the end of the arm to wind and then leave heading on down the canal.

There was quite a bit of traffic about today and it was good to meet someone who reads my blog, even if it was at Hampton Bank Bridge. Turning left at Whixall Moss Junction not only was the land to the right of us flooded it was also frozen. 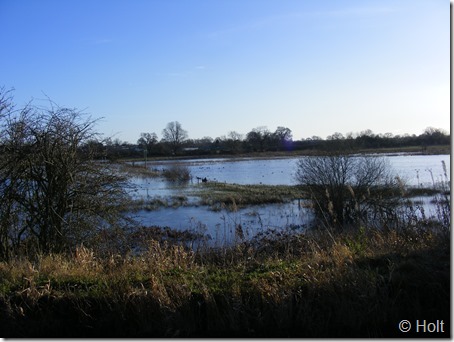 We stopped at the new 48 hr moorings by Roundthorn Bridge, it seems these were installed by the Small Task Team Volunteers. 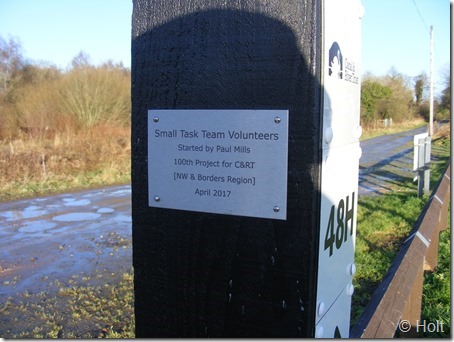 They must be a busy group because this was their 100th job and CRT have only been in existence for 6 years, so that is a project every 3 weeks.

The reason we stopped was when we came this way last week a lorry was stuck on the bridge and we wanted to see where he came to grief, he only just lost his off side front wheel from the tarmac. 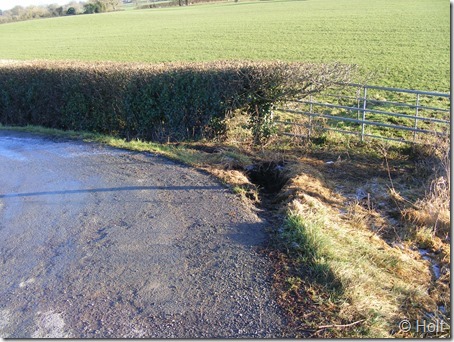 We carried on in the sun shine towards Whixall, we needed to do a bit longer day today following yesterdays short day to bring the batteries back up. As we passed the Anglo Welch yard I noticed this boat on the hard, what caught my eye was the shape of the rudder, is this to try to reduce the risk of cilling when going down in locks I wonder? 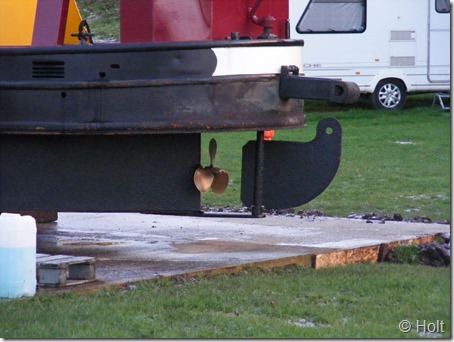 We just passed The Whixall branch under the lift bridge and moored for the night, the same moorings we were on, on our way up. 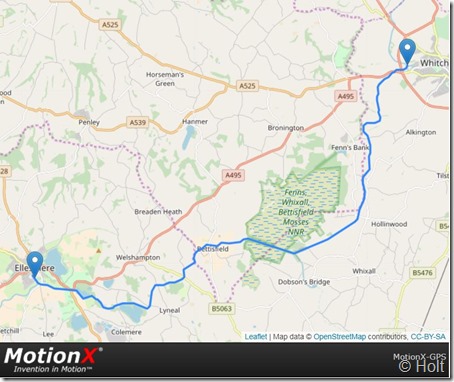 Posted by Brian and Diana on NB Harnser http://nbharnser.blogspot.com at 18:55