The day started very dull but about 10 am. the sun decided to grace us with its presence for an hour or two. A boat went by just before we were ready to set off, had he been 5 minutes later we could have shared the lift bridges.

The ABC Yard at Whitchurch have all there boats at base moored 5 deep in one place, I was surprised the canal was that wide. 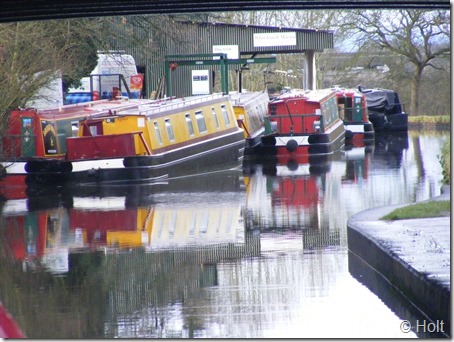 RCR were working at the yard fitting a new engine for someone, I wonder if that was covered in the Gold Cover agreement?

I walked ahead opening the lift bridges ready for Diana to come through, as I approached the third one here was a hire boater coming the other way and they already had it open, so there crew were able to board as the boat came through the bridge and I closed it after Diana had been through. 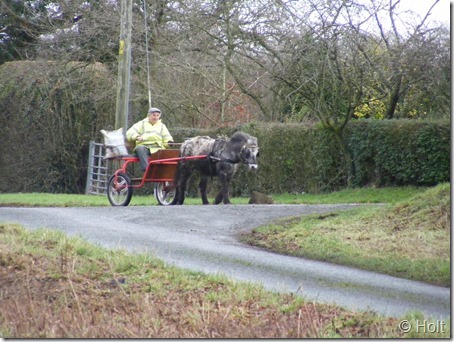 He wasn't going to get much further as the road only leads to Roundthorn Bridge and that was blocked by an articulated lorry that failed to negotiate the 90° bend when exiting the bridge and ended up with his offside front wheel in the ditch. It should prove an interesting recovery. 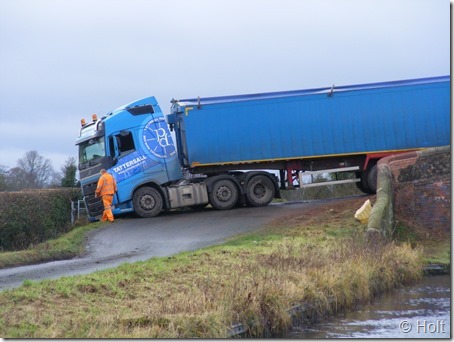 I hopped off and went to Morris Lift Bridge, looking down the lane I could see a car approaching, so being Christmas I decided to wit and let them cross the bridge rather than them sitting waiting for us. The driver got as far as the property beside the canal and with no signals turned in, so I waited for nothing. At the junction we turned left down the Prees Branch, just another couple of lift bridges here to operate, the second, Starks Bridge is a new one and when they installed it they just back filled with loam right where you need to stand to operate it. 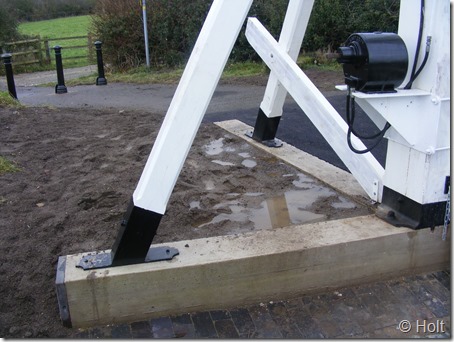 The bridge wont open fully as the chains that hold the hand rails bind on one of the uprights stopping everything just before its fully open, plenty of room for a boat to pass but all the strain is taken on the light hand rail chains. 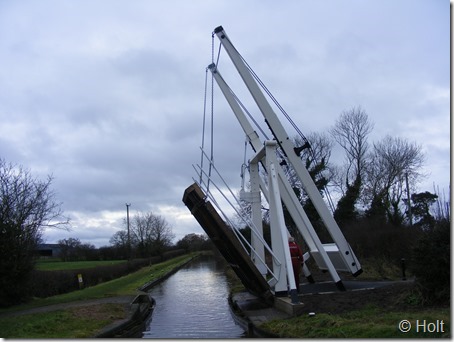 We winded at the marina which is now the limit of navigation but you can see where the Branch use to carry on for several more miles. 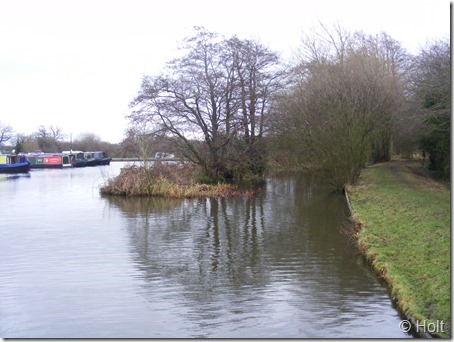 We headed back along the Branch and rejoined the Llangollen canal mooring just after the junction. These are officially moorings reserved for the disable but as there are unlikely to be any disabled boaters about we have moored here, however if someone needs the mooring I am happy to move. Its quite obvious that some ignorant people think moorings shouldn't be reserved for disable people as the signs have been wrenched of the posts, 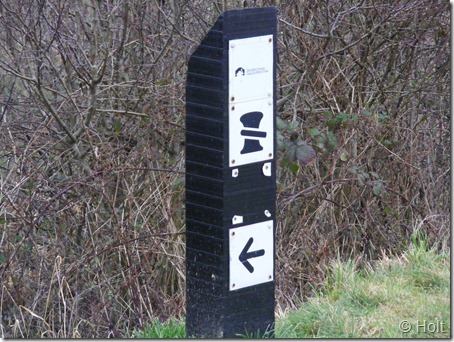 I will be reporting this to CRT so hopefully they are replaced before the canal gets busy next year. 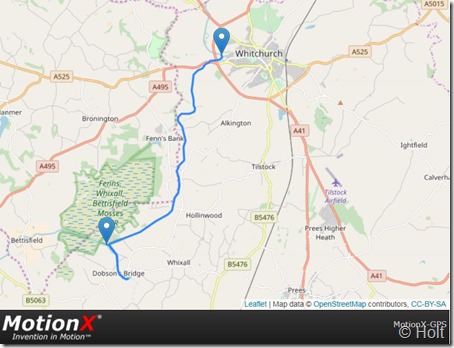 Posted by Brian and Diana on NB Harnser http://nbharnser.blogspot.com at 17:40