It turned quite cool again over night with a nice clear sky but not quite down to freezing. This morning we woke to a really murky day that never really lifted, maybe half an hour around 3-30 but that's all.

We pushed away about ten and just before Middlewich we passed where it looks as if CRT have repaired the towpath bank, they have constructed a small dam around a short section of bank and have a very large pump in there to try to keep it dry, there is also new concrete in evidence.

We pulled over for water below Big lock, then the lock gates opened and a boat started out, so a quick change of plan and into the vacant lock to carry on to the next water point, only there were already 2 boats there, however one had just finished and it wasn't long before the tank of the second one was overflowing.

This photograph shows what a mucky day it was, it was take just outside Middlewich at 12-30. 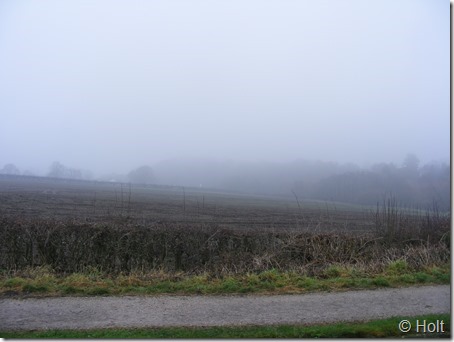 We didn't meet any boat at all on the Branch until we got to Barbridge Junction where Lee and Roberta who are now working the fuel boat Halsall were tide up doing some deliveries, so I took the opportunity to fill with diesel from them. Martin who ran Halsall for 4 years is moving to pastures new. 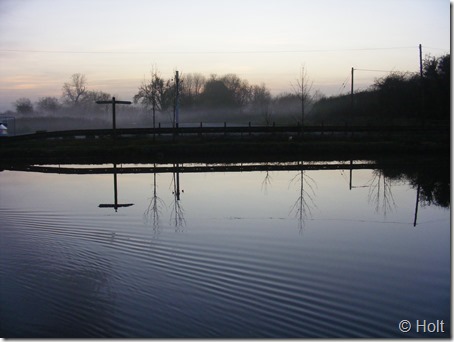 the weather was probably at its best but by the time we moored up opposite The Old Barbridge Inn the fog was returning once more. 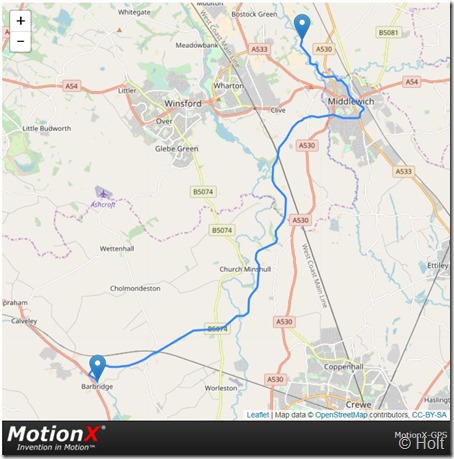