The other day I posted a picture of a communication tower on top or a hill,(top left) this is what we could see this morning. 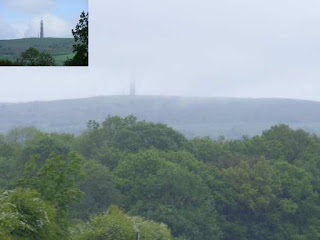 After Potters farm bridge and before the aqueduct we passed this arm, I have looked on the 1905 map but cant find out what it was so I guess it was a wharf for someone. 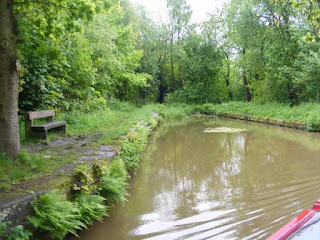 Believe it of not there are 4 bridges in this photo, one of them being the railway, I would also guess that one is also blocked off now but probably crossed the rail line at some time in the past. 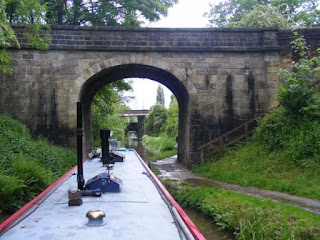 We stopped just beyond the rail bridge and went up to The Queens Head for lunch before going for a wonder round town and having to ask directions back to the canal. The Sunday Roast in the pub was the same price as Weatherspoons in town when we passed, 2 pints and 2 main courses with change from £20. We also had the pleasure of a children’s entertainer.

Back on the boat about 3 and it was much warmer with blue sky and fluffy clouds. We continued on passed Ramsdell Hall with its fine railings on the tow path side of the canal, part way along the length there is a gate into the field also made of iron. 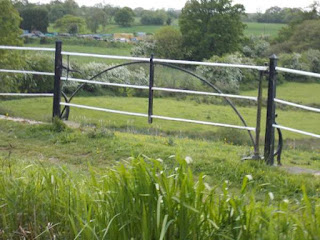 As we approached Heritage Boats  I spotted what I think was a Gyrocopter flying over, I thought I saw one the other day as well but a bit further north. 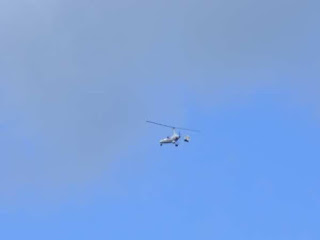 We moored for the night on the 48 hour moorings just south of bridge 87. There is a very good view of Mow Cop from here and when I looked closely at the photo there are two people up there. I had assumed that the ruin was much larger than it is. 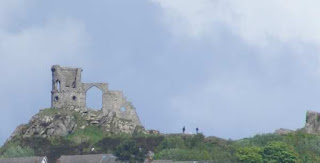 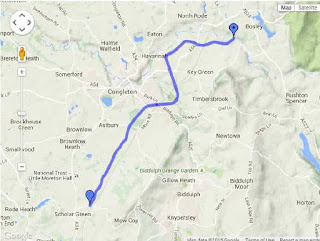 The arm is Vaudrey's wharf, otherwise known as the Biddulph Arm. Rail transhipment facility to the North Staffs goods branch from Leek to Congleton that passed UNDER the canal just South of the arm