As expected our mooring last night was very peaceful apart from the sound of the rain on the roof, thankfully this stopped about 7am and by ten to nine we were on our way to Wolverhampton through Coseley Tunnel. 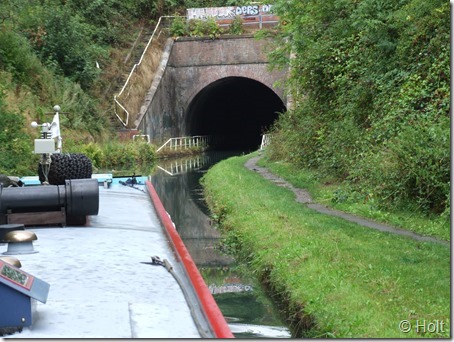 We only met one boat all the way to Wolverhampton and after stopping at the services we started the flight. 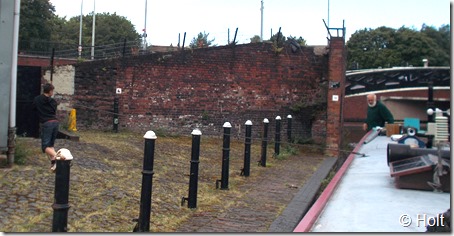 The top lock was against us but there was a boat coming up in the second, so that hopefully put the rest in our favour. George was well into the swing of the anti vandal locks with his key hooked onto his 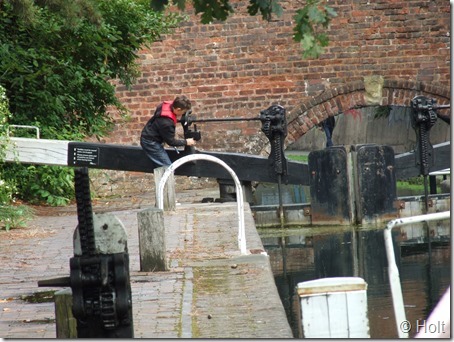 lifejacket. Things were going well until I left lock 10 and George couldn't shut the nearside bottom gate, so I stopped under the bridge to give him a hand, still no luck so back on the boat, back up to the gate and fish with the boat hook. This is what I retrieved from the cill. 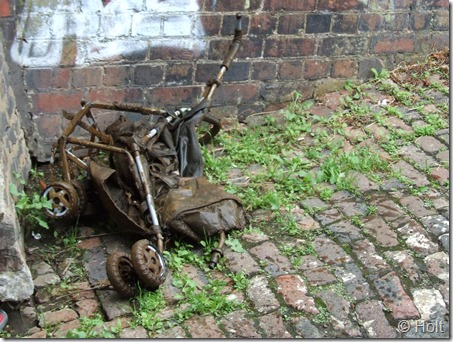 Half way down the flight and the locks were all against us until we met another boat at 16, when we dropped down through lock 16 the pound below was very low, The edge was still very wet so a recent water loss, rather than letting water down I bumbled along 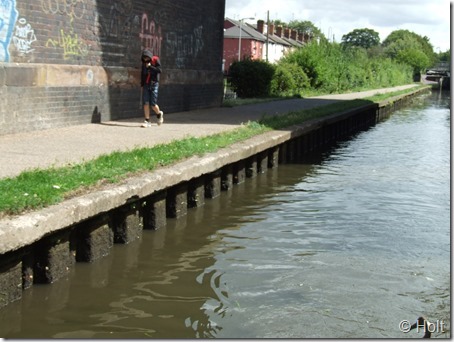 the channel while Diana walked ahead to make sure the paddles were all down on 17. When she arrived everything was in order but the lock was empty and as a boat was approaching from below her and George helped them up. Unfortunately the oncoming boat drew a couple more inches of water than I did and after filling the lock we were unable to pass each other, so sat locked together in mid channel while our crews walked up to 16 to let down more water. Talking to the other boater he had not met anyone, so the water loss and empty lock remain a mystery. To add to the conundrum we had actually met a CRT chap earlier who was checking the flight and he had walked back down to his van. The rest of the flight was on weir so no problem and we met no more boats. The flight took us exactly 3 hours.

Once on the Staffs and Worce Canal we turned right and moored opposite Oxley Marina for the night.

Since we have been here George has caught the first fish of the trip. 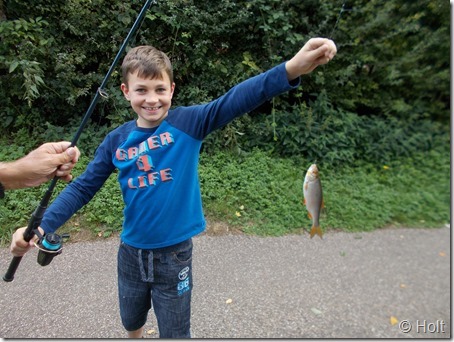 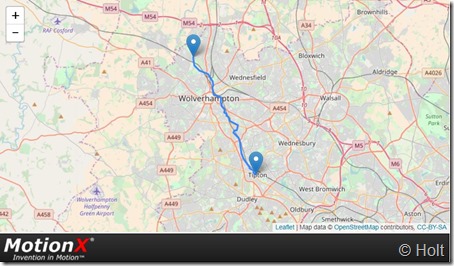