Boats were passing early this morning but we were set to leave about 9 am. as 9 am approached we were harder aground and healing even more to the middle of the cut, so we pushed off while we could still move the boat, The reason became obvious at Newcastle Road Lock, they were letting water down into the next pound so that they had sufficient depth to get a boat into the drydock, it did however mean the lock was full for us. We pulled over and moored by the carpark just above Star Lock for a jolly to Morrison's and then set off south again. The water point below Star lock was in use with a second boat waiting with his hose already run out so we pushed on.

It looks as if someone is after the Canal in Bloom awards just beside the winding hole. 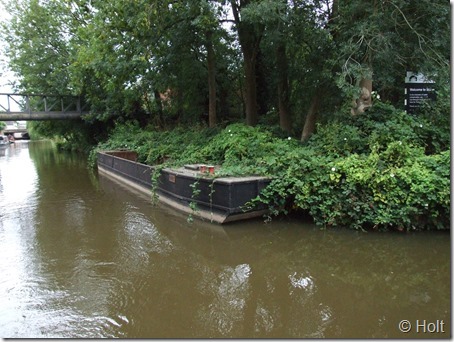 Just before Aston Lock we passed this moored Narrowboat with a very small outboard engine, I wouldn't like to try to stop it in a 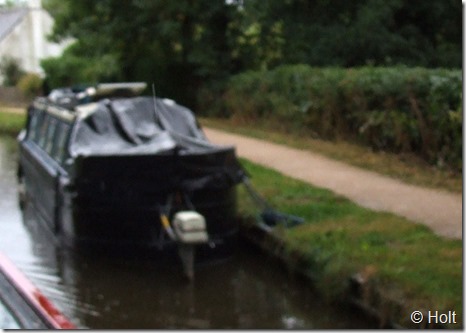 hurry, a little later on beside Canal and River Services at Weston we met a small very slow Narrowboat powered by 2 X 12 volt electric outboard engines, I was very pleased we weren't behind him.

Just as we left Stone it started to rain which continued until after lunch, it was one of the occasions we actually moored up for lunch.

Tonight's target was Great Haywood and when we arrived the water point was free, so the tank is full again and we fitted nicely onto the vacant spot by the junction with the Staffs and Worcs canal. 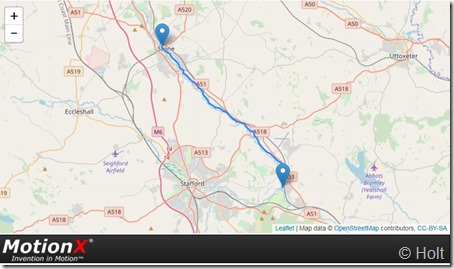