Diana and Brian headed to Morrison's this morning while I set to on some more of the rust patches on the roof. When they left and I started in was blue sky and sunshine, within 20 minuets it was drizzling. As soon as they returned we set off up the lock and through the low pounds. Passing the houses on the right hand side above Whitebridge lane bridge I spotted this Triumph Duncan in the garden. I had to look it up to find out what it was. 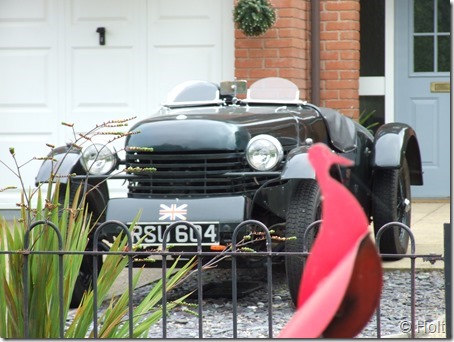 We met boats at most of the locks today, some helped our travel and some hindered it. Above Meaford Top Lock levels were back to normal thank goodness. As we entered Meaford Bottom Lock I spotted this notice on the offside bank, I am not sure if its an official CRT notice or not. 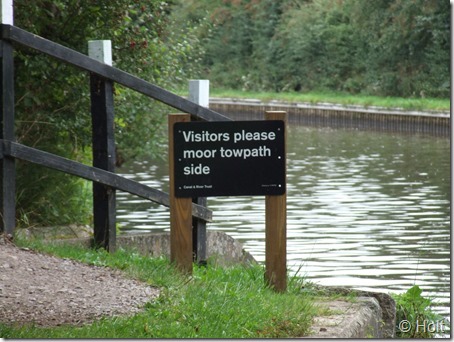 I think this is an old boundary Stone, but I am not sure, its between the towing path and houses at Barlaston . 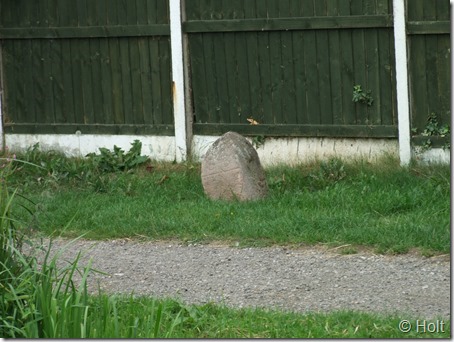 I didn't notice these bits of rope trapped between the coping stones in Trentham lock before, I would thing it was a centre rope catching as a boat was going down, I hope there was enough slack for the lock to empty without hanging the boat up, its well pulled in. 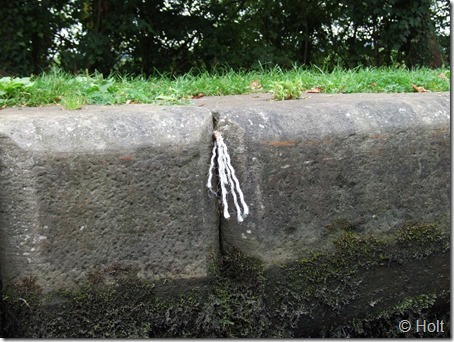 A bit further along the lock there is a second one. 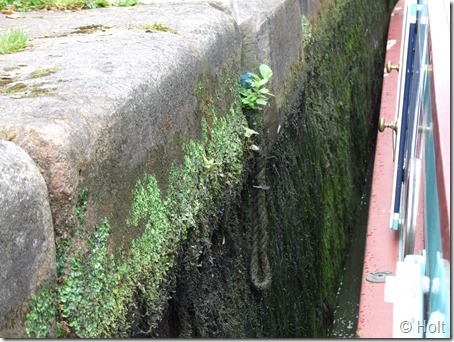 At Johnson's Lock there were two Volockies helping boats through, they could have done with 4 for some of the boats they were dealing with. The one leaving Johnson's told me to wait as there was a boat following them down. One of the Volockies recognised me as he reads my blog from time to time, last time our paths crossed it was in Stone. 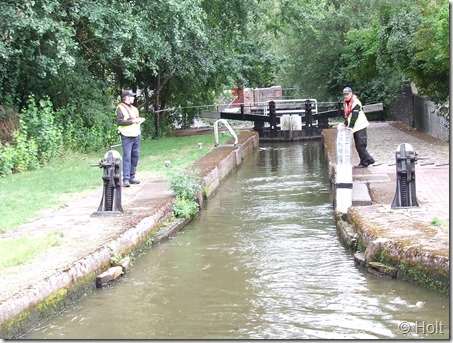 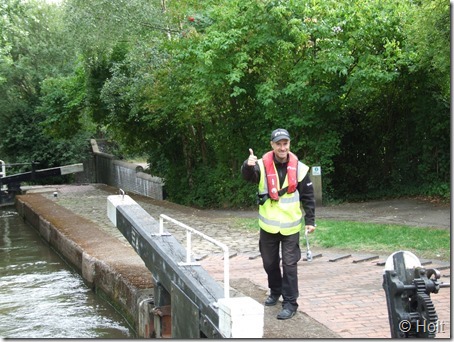 For some reason CRT have ban mooring in the area of Middleport Pottery, I dont know why as there are no crowds about overnight and its a good overnight mooring. I got a slightly better picture of the poppies today. 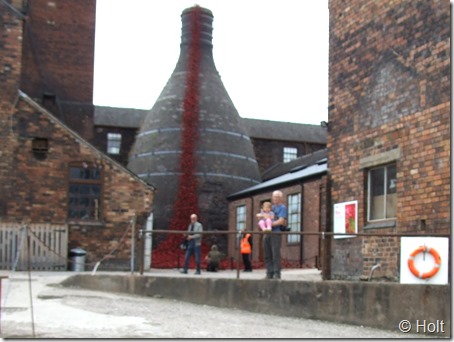 We were hoping to get through Harecastle tunnel tonight but time was slipping away 1630 is the latest arrival for a guaranteed passage and at 1630 we were at Westport Lake, coming towards us was a flotilla of boats, some with headlights on so they had obviously exited the tunnel and the ones in our direction would be on there way through, so it would be very unlikely we would get a passage tonight so we moored at the lake. 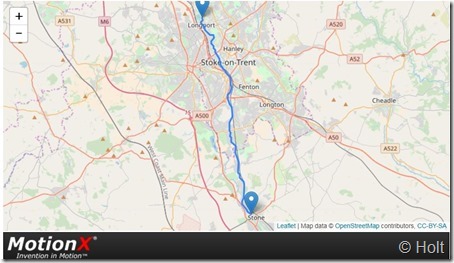