I think it rained for most of the night last night, It was every time I woke up. It did stop for breakfast and while we untied then it started again and drizzled on and off all morning. It was a slow run down to Fazeley behind a coupe of other boats. At Hopwas the red flags were flying so the army must have been exercising, we could hear what sounded like gunshot in the distance. Since we were last this way they have erected gates on the bridges accessing the wood which I assume are only closed during exercises. 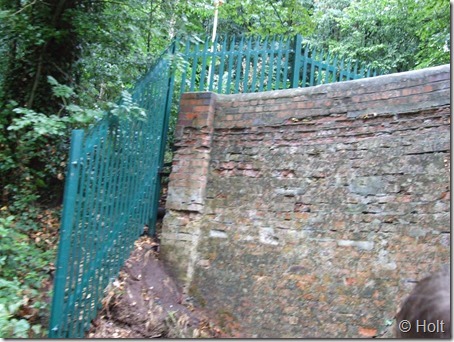 Also since we where this way last the services at Fazeley have closed and you need to deposit rubbish at Fazeley Marina. As we had rubbish and were passing I turned which was fortuitous as their diesel was only 73p/lt the cheapest we have seen, so as well as dumping rubbish we filled with diesel.

We stopped at Drayton foot/swing bridge for a photo shot of No. 1 Grandson, No. 2 was this way a couple of years ago. 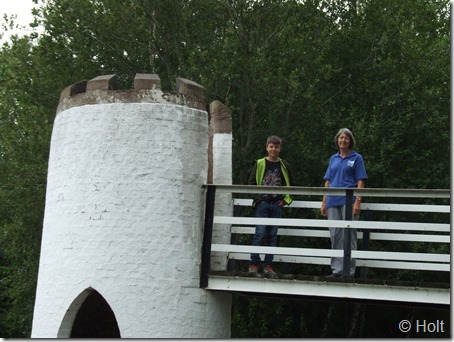 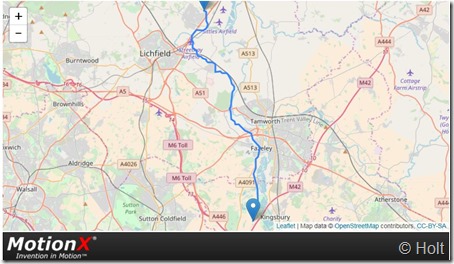