Today we woke up with a teenager onboard, my grandson was 13 today.

A bit earlier start at quarter to nine to try and be ahead of the rush. Passing Middleport Pottery CRT have erected a handrail along the canal where people stand to view the poppy display. 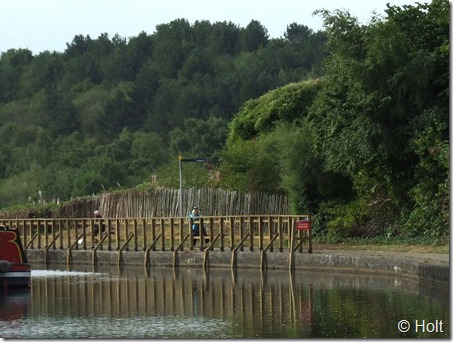 There is a red notice at each end telling cyclists to dismount, but it doesn't seem to work very well going by the three we saw ride straight through. The poppies fun along the ground and up the side of the bottle kiln, but the light was all wrong when I took this photo. 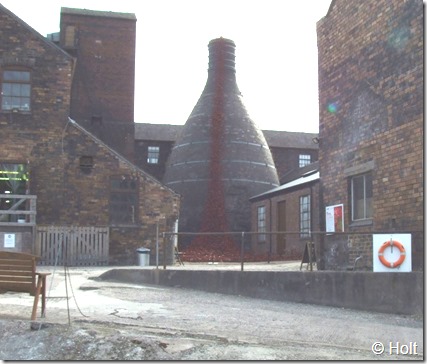 Even getting away when we did we were still third in the queue to go down at Stoke Top Lock and there were several behind us as well, once below Ridgway's Lock we started to meet boaters coming up, not that helped much.
We stopped at The plume of Feathers for a Birthday Lunch and Brian's mother came to join us, bringing his presents. We had a very enjoyable lunch on the veranda.

Time was getting on when we left and again we were in a queue at Meaford Top Lock. Yet again someone has crashed into the bridge parapet so the stairs are cordoned off, this must make it a pain for single handers going up who have to walk back and onto the road to set the lock and then back again to bring the boat in. 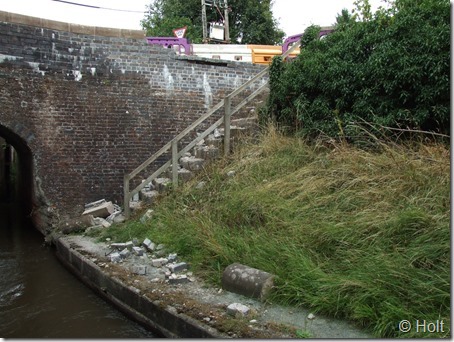 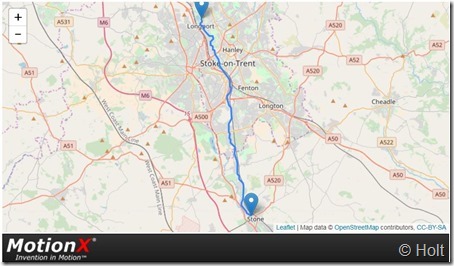