It seems the boat moored ahead of us had his boat fitted out like a sound box with multiple speakers and heavy beat music until about 1130 last night.

We slept a bit late this morning so it was 0930 before we were away, the first lock had leaked off and we passed a boat about to leave in the next pound, this served us well as we met a boat 2 locks later and Diana was able to just open the rest of the bottom gates. As we approached Curdworth tunnel a boat coming the other way pointed out to me that my tunnel light was on, I was heading for the tunnel.

Just after the tunnel we passed under a bridge, I could see someone with a hi vis jacket and white hard hat looking in the opposite direction and a large van parked there, so I wrongly assumed he was waiting for a work boat, wrong, he was tacking the top of the parapet of the bridge while his mate were working lower down. Thankfully nothing landed on us. 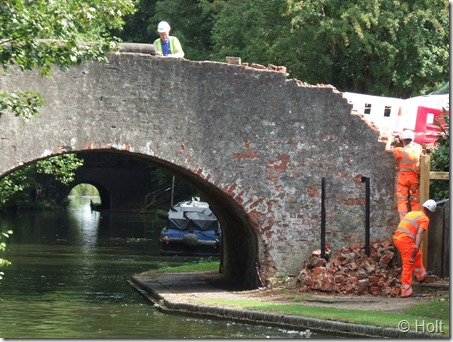 Its much better doing the Minworth flight now that they have repaired the towpath side, I heard that deep boats have a problem still but at 2' 4" we didn't have any problem. We stopped for a short time at Brace factory bridge to stock up from Lidl ready for No. 2 grandson who comes on tonight. It was then on to Salford Junction passing a group of lads plus 2 on a motorbike, they were a bit mouthy but no problem thankfully and stopped before we reached the junction where I felt we may have had a problem. At the junction it was very hard left and up the GU to Star City where we have moored for the night and are waiting for my son to arrive to swap the kids out for another week. 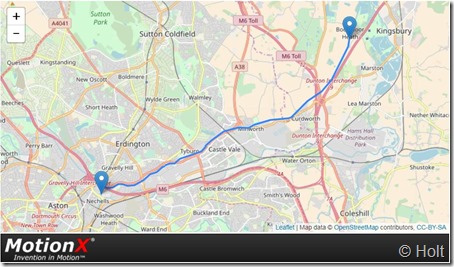