A late start today, we were ready to set off at about 11 am. just as 3 single handers came by, and we knew from yesterday what sort of speed they would probably be doing so we stayed put for another quarter of an hour.

We were only going as far as the winding hole at Dutton but we stopped for a few minutes to re peg a hire boat, if the bow and stern pins were in as far as the middle one its no wonder he was adrift, 6 inches in and the rope tied round the top, I bet he got a surprise when he returned and found 2 of them knocked right in and the boat actually tied up.
The winding hole before Dutton Dry Dock felt a bit sticky on the bows but a guess a longer boat would have to make sure the bows are right in the apex, so may be better.
When ever we pass the cottage beside Bridge 213 I wonder why the short, shallow layby was dug out, It doesn't look to be the end of an arm and its far to short for a working boat to lay in. 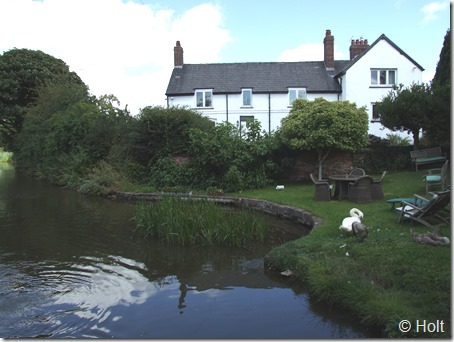 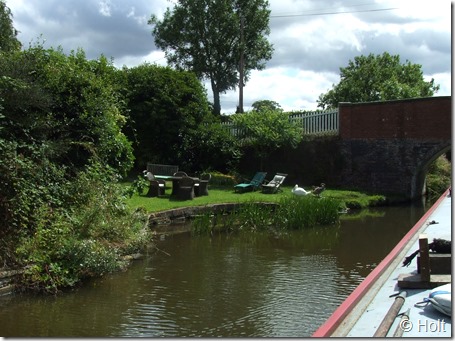 By now it was hot so we stopped for lunch at the old Dutton breach site, while there I removed a rag from the prop and fitted a new weed hatch seal. I bought a sheet of close cell foam to make the lid gasket with, but its much sorter than what I had before, I need to look for something else.

I also fitted a new battery monitor, the Stirling one lost its grey smoke about 3 months ago so I have been relying on past knowledge and a volt meter. I got this one from China on ebay at an eighth of the price, so now I know how the charge is going again. 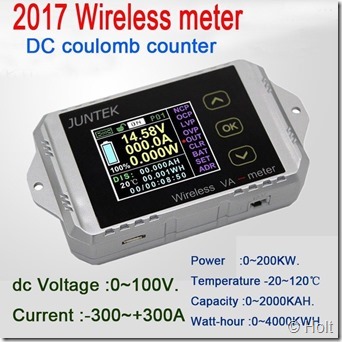 By the time this was all done it was cooling down a bit and boats were mooring all around us, so we headed off south arriving at the north portal of Saltersford tunnel at 1758 hr so had to wait until 1830 before we could continue. Good job I didn't jump it as a boat came out about 10 past 6 so he must have entered on the hour. By 6 30 pm there were 2 more boats behind us as we set off into the darkness, For once there was lots of space to moor between Saltersford and Barnton tunnel so we pitched in here at about twenty to seven. 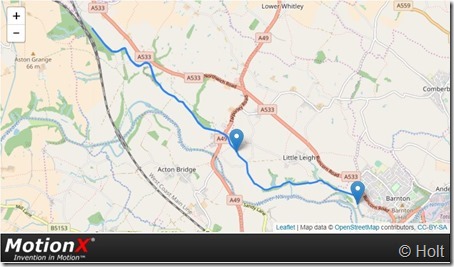