It was twenty past nine before we were away. On of the things I have noticed in Gt Haywood is CRT have some very expensive enclosed notice boards with nothing in them. Someone has stick an A4 notice on the front cover that someone else has sprayed with white paint so ruining the notice board. 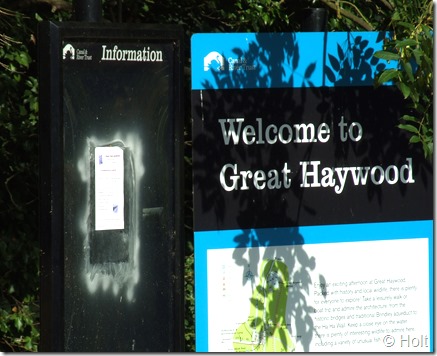 The cafe at Gt. Hayward has been sold and looks as if its been turned into a private dwelling, much to my surprise there was no queue at ether Gt. Haywood or Colwich lock in mid August. As we locked down at Colwich a paddleboarder carried his board round the lock and set off behind us. 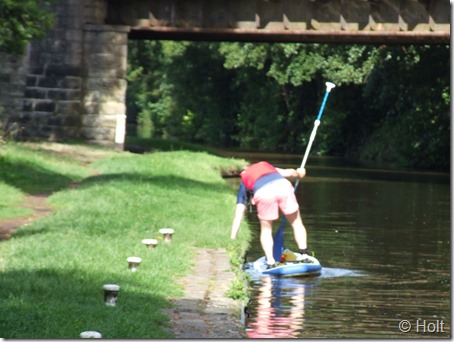 We met hardly any boats but at Fradley people were telling us how busy it was.
One of the houses in Rugeley has started a collection of female manikins in his garden but one is minus her head. 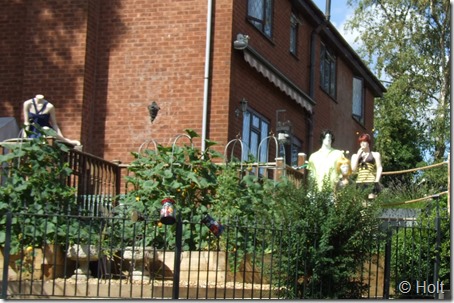 The first time we came this way this shed was leaning, I find it hard to believe it is still standing at all. 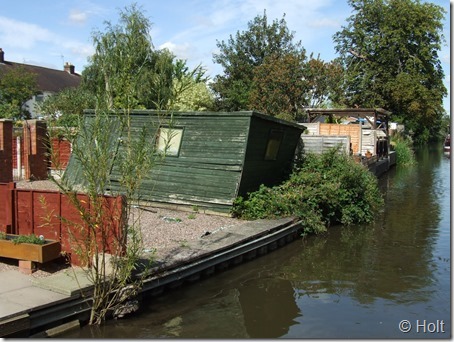 Last time we came past the Ashtree Boat Club moorings there was the starting of a building site behind it, now its a housing estate. 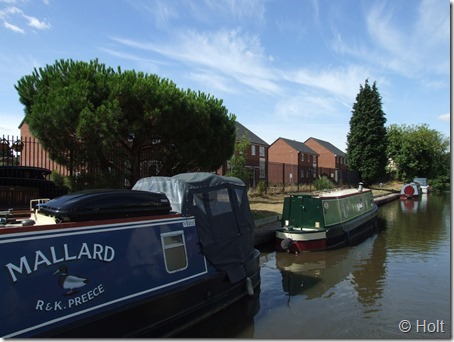 Its good to see that the Old Man in his night shirt has found a new home about half way down the Hawkesyard Moorings, It moved from the end when the boat owner there sold his boat. 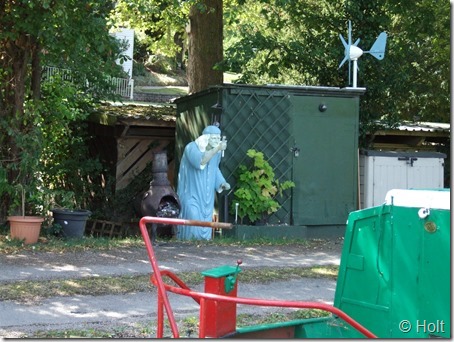 As we approached Shadehouse Lock there was a boat coming out who left the gates for us and told us a boat behind him was working up, as Diana and Brian drew the bottom paddles the boat behind was just leaving Middle Lock so Diana waved a windlass to show we were coming down, but he still closed the gat behind him. As Diana walked past him he asked her what all the windlass waving was for, so she explained to let him know that there was a boat coming down and please leave the gate open for us. At the junction with the Coventry Canal we turned right, again there were vacant moorings along this stretch but we carried on to just past bridge 90 to moor for the night. 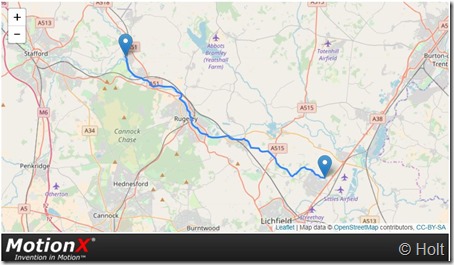