Yesterdays rain fall, nil, zero, no rain all day. and today looks as if it will be the same.

Last night an engine started about half nine and was still running after we went to bed at 11 30. It wasn’t to loud and didn’t keep me awake so I didn’t go out to find out who it was. They were back round the bend and I have a good idea who it was.

This morning we woke to sunshine and it just got better. A couple of hire boats had gone by before we set off at 9 30 and we knew moorings were tight in Bath. All was not lost, one was filling with water the other side of the aqueduct and another had stopped for breakfast. The view from the aqueduct this morning was what its all about. 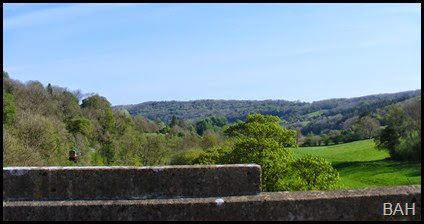 It wasn’t long before we had clear blue sky and it was staring to warm up, it was almost like this vapour trail was a sign. 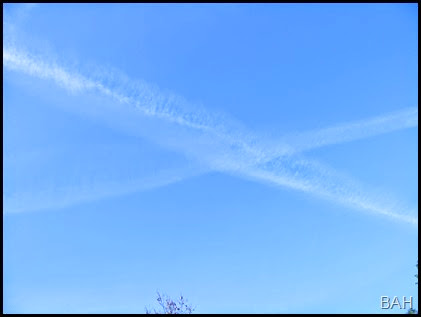 There were a few vacant moorings at Claverton Pumping Station, we had considered mooring here last night but were happy where we were, so stayed put.

We passed an Offshore Rig/Platform Lifeboat, we are seeing more and more of these on the canals, I cant see how they make the best craft for canal use with few windows etc, but each to their own. 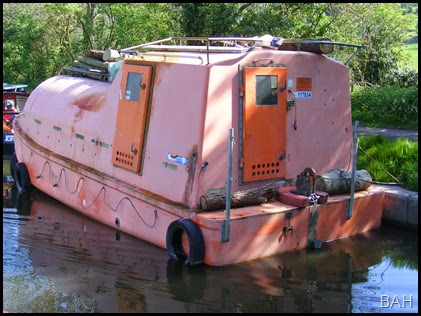 A little later we were to see a modern ships lifeboat, they have nice white hulls but in my opinion are not as pretty as some of the conversions I have seen of wooden or even aluminium boats. 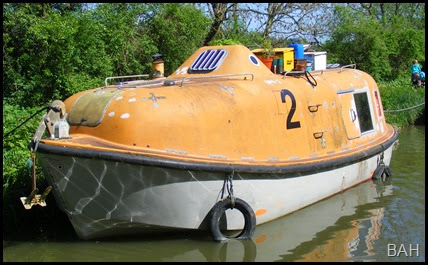 CaRT have opened several new visitor moorings with rings along this stretch of canal all 24 or 48hr duration. there are some 72 hr moorings but they are due to change to 48 hr this month.

We stopped briefly at the 24 hr Bathampton moorings but decided to go on to Bath its self, coming back to these if there was no room in Bath. Coming into Bath by water is quite spectacular, first you see it in the distance hanging on the hillside. 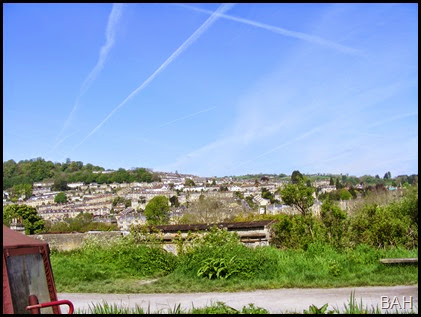 Then as you get close you pass under short tunnels with buildings on top of them. 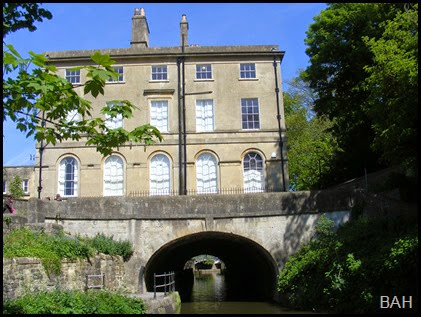 The visitor moorings below Pulteney Weir are closed so CaRT have put temporary 48 hr moorings between locks 10 and 11. They request boaters to breast up when things are busy, but we were able to take the last bank side spot, the strange thing is that several of the boats moored here are just moored up and left with no one onboard. There use to be two pumping stations on this flight, one on the river Avon and one half half way up. They went out of use some years back, but the chimney still remains of the one mid flight, 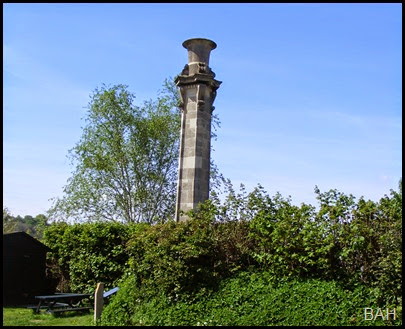 Another interesting building on the flight is this building. It is the Bath Human Society Station and on the far end is a notice 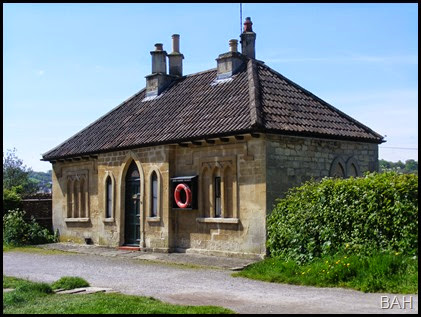 offering a reward for information about anyone interfering with the life saving equipment kept there. From the number of life rings we have seen thrown about some things never change. 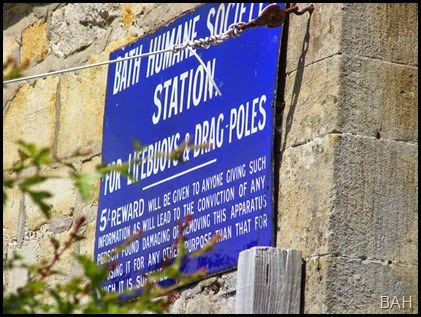 Once moored we walked down to the river, We were hoping to go to Bristol but the river is closed due to high flows, I must say it didn’t look to bad when we went to look, and going by the number of hire boats going down who probably don’t know about stoppages I do wonder if it is actually closed. I don’t expect I will get any new information before Tuesday. After that we did the tourist thing and took two opened top bus trips which are a good way to get your bearings on the City.

There will be no blog tomorrow as we plan to spend another day here. 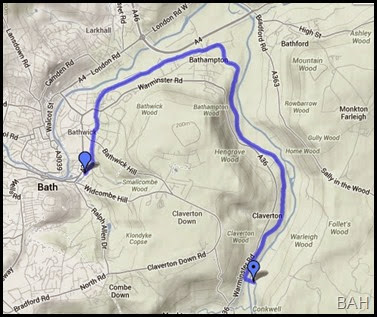 One of the tour buses is driven by Tony, NB Kyakatina (moored at Hilperton). Tony and Jann helped us down Caen Hill last year when our gear cable snapped.
Debby

Went on two buses but don't think we had a Tony