I said I wouldn’t report on the rain any more, but I felt I should let you know we had over three quarters of an inch in the past 24 hours, some 18.5mm. However it had cleared up before we set off this morning so we only had the wind to contend with as well as the extra bit of flow coming down the river.

We didn’t set off until 11am and last night the only things that disturbed our sleep was the rain and a fox calling, but its far better that the hot spots of Bristol water side. Approaching the first lock of the day, Keynsham, the cruiser that we met as we left Netham lock yesterday caught up with us. 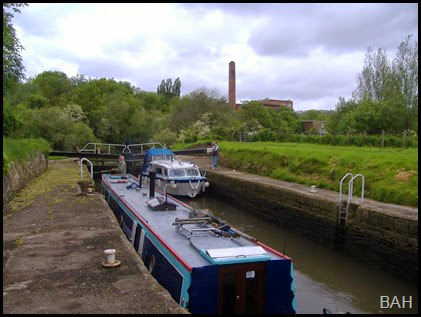 As the lock emptied a wide beam boat came down stream, on his way to Bristol for a repaint, his wheel house was a good fit under the old bridge above the lock as when they built the new bridge they realigned the river so it kinks just after the bridge and you don’t have a straight line, OK for most boats but when you are near the limit on size it makes things tricky. The cruiser was only going as far as Portavon Marina which was only just beyond the bridge.

As we approached Ferris Bridge I was keeping my eyes open knowing that they run steam trains along the Avon Valley railway on a weekend, but saw nothing. We had just passed under the bridge when I heard a steam whistle. It was sitting at the platform so I hovered mid stream, not easy in the wind and flow and was able to get this shot as it pulled away over the bridge.

The river was showing a good head, a bit like a Cappuccino, I think this is probably due to the heavy sewer discharge after the heavy rain. 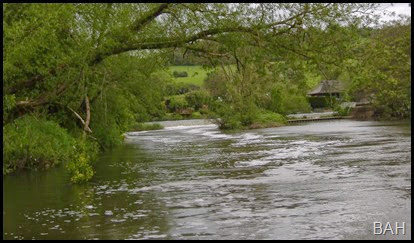 You may recall that last week we had to bring the Porta Pottie into use as the tank was full. I emptied it while we were pumping the tank out but have not seen any Elsan disposal points until today where Wessex Water have kindly provided a Mooring, water point and Elsan disposal, the only problem as the Elsan disposal point was overflowing, so I was glad I didn’t still have a cassette full I have sent them an email. 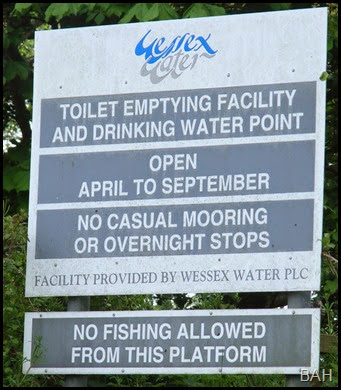 As we left the mooring a swan came up behind us looking a bit puffy, then a single Signet appeared from behind her. As they left 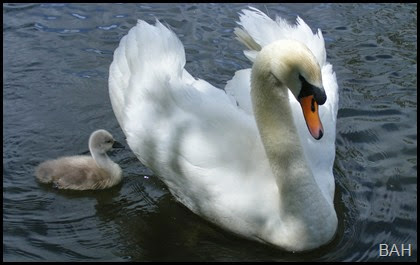 the poor little thing was paddling like Billyo to try to keep up, it finally managed to creep behind mums wing.

Saltford weir was looking splendid in the bright sun, there looked to be more water coming over than when we went down. 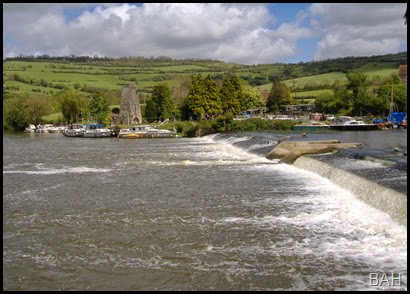 I have also sent an email to CaRT about Saltford Lock, the water is coming in under the top gate that it took the two of us to manage to open the bottom one to get the boat in. 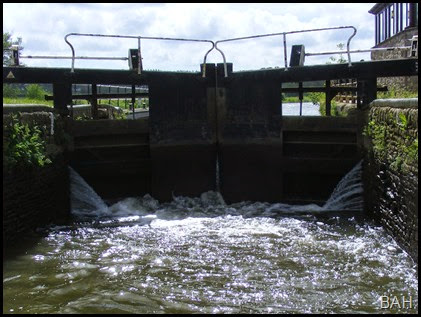 A little further upstream we came across a large group of canoeists, one of them was practising re-boarding a canoe while 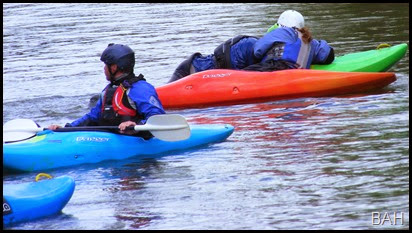 you are in the water, I didn’t capsize him, he was in the water when I arrived. The rest were a few yards upstream keeping out of the way.

Later we had the rowers, only two boats and this team of ladies overtook us and then kept well out of the way as we passed to go into Weston lock as a boat came downstream and they were also wanting to turn downstream. 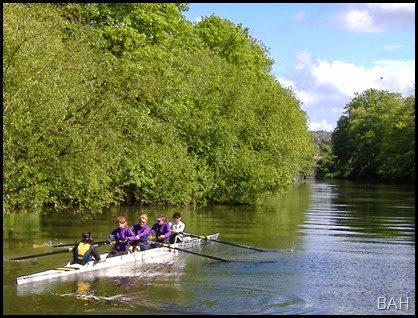 Being Sunday there was no dredging going on above Weston lock and they had moored all their equipment securely on the offside, not on the lock landing like so many do.

We decided we would moor on the private moorings just above Victoria bridge. I find it interesting that they are signed as private 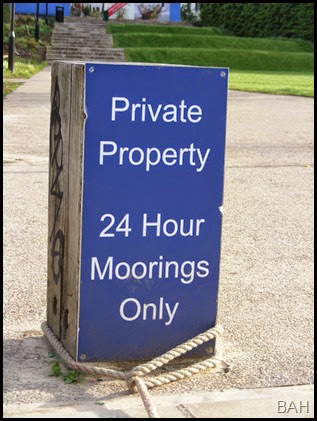 but allow 24 hours free mooring. These moorings give good access to Sainsbury’ Passing under Victoria bridge we could see that they have now removed all the decking since we 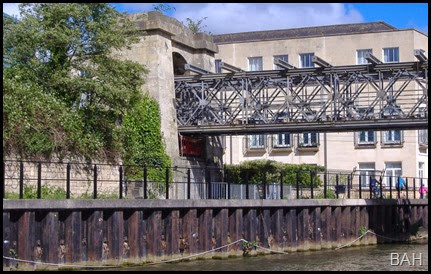 went down last week. I wonder how long it will be before they start putting it all back together again. There is more information about the bridge HERE 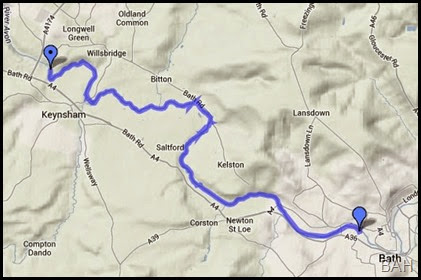 I understand the "private" 24 hour moorings are a temporary measure organised by the council while the moorings on the river upstream of the K&A junction are out of action for works. If boaters behave the "private" ones might stay in use after the others re-open.

Paul, nothing to indicate that here. CaRT have set other areas aside for temporary moorings while the ones below the weir are "Improved"
Last week all the no mooring signs down there were covered up, I will look again tomorrow.