9 30 and I was just sitting in the boat, Diana was doing a bit of washing when a single Narrowboat came by, so we got our act together and joined them in the lock and went up together.

At the top there were one or two empty moorings but not many, they were not the same boats that were there last week. Our timing was pretty good because as we went passed the moorings a chap pulled out behind us moving a second boat breasted up, two minutes latter and we would have been behind him.

The next lot of visitor moorings were all full and someone had removed the time limit notices. 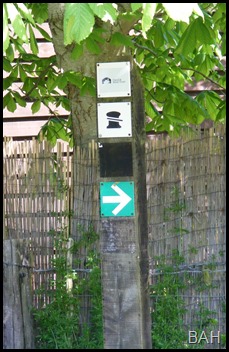 Maybe they think if they are not  stated you can’t overstay.

We passed a boat with an interesting steering position, not something that takes my fancy I might add. 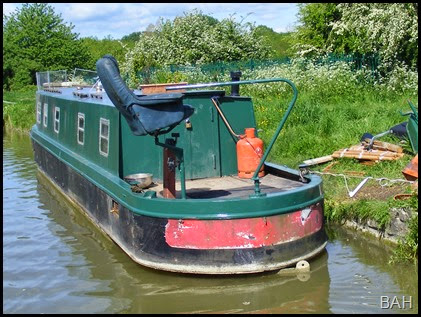 We called in and topped up with diesel at The boatyard by bridge 166, they were over 15p a litre cheaper than the yard about 400 yards away 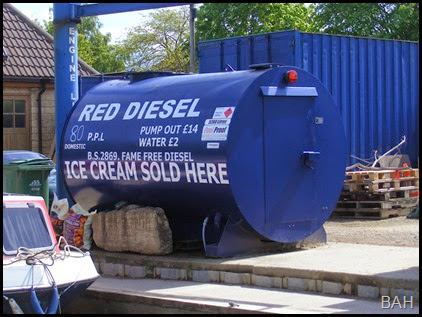 We carried on through several swing bridges and up the two 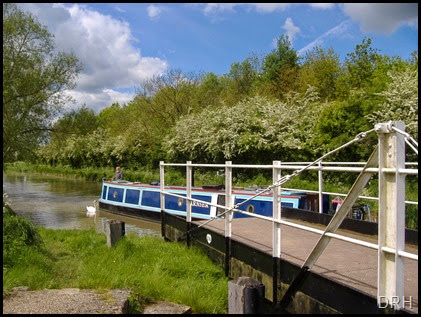 Semington Locks where there are even more Wilderness Trail boats parked than when we came down and moored for lunch just below Seend bottom lock.

After lunch we set off up the locks to moor at The Barge Seend for the night. The chaps have finished rebuilding the spill weir just above Seend bottom lock but the level, although a lot better than a fortnight ago was still well down. 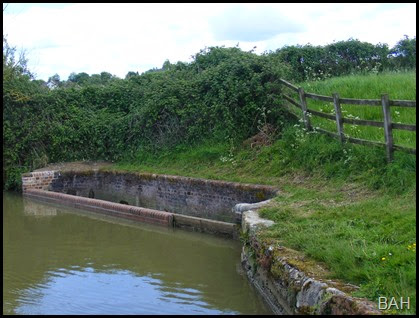 There was room on the visitor moorings but we would have been obscuring the water point so we decided to use the pub moorings, We have had to employ the wheelbarrow wheel fenders as when the lock below is filled we go hard aground until the lock above is drained.