The Victoria Bridge moorings are really useful for shopping, slightly 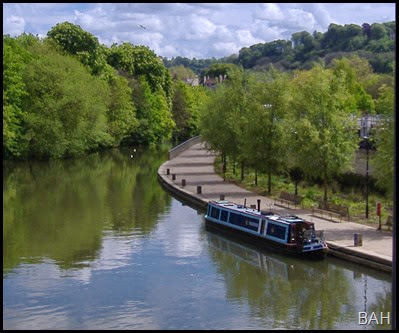 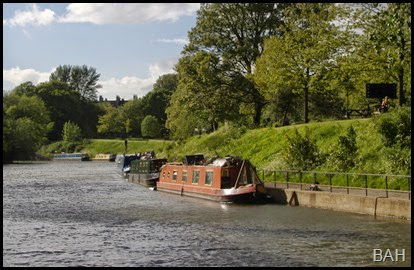 From here we spent the day doing tourist things again, including visiting the Roman baths and a tour of the Abbey Tower. The Abbey tower trip was delayed because HRH Prince Edward was at the Abbey and running half an hour behind schedule.

We returned to the boat about 5.45pm and as it was a sunny evening decided to move off the river and on to the Kennet and Avon canal. We could have moored in the third pound where we had moored on out last visit to Bath but decided to go to the top of the flight, however all the moorings between the top lock and the boat yard were taken, so we had to push on, through Sydney Gardens, passed the full 24 hr moorings and then the full 72 hr moorings. We could have moored against the rough bank after this, but by now we were only ten minutes away from the 24 hr mooring against a nice hard edge at Bathampton, so that is what we plumbed for, tying up at 8pm still in the sunshine. We have now done this stretch of canal from Bathampton, through Bath 6 times in 2 weeks, Its starting to feel like the Napton flight. 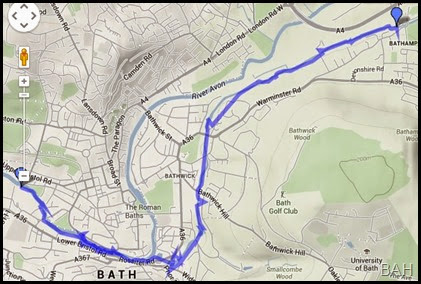