Firstly, here is yesterdays map as without a 3 mobile signal I was unable to transfer it. 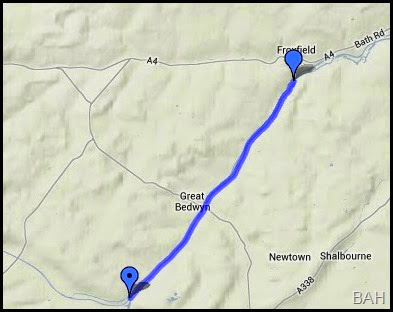 Last night was a good mooring just below lock 69, far better than when we went up and moored above the lock, as this section is piled and has deep water right to the edge.

We set off a little bit earlier at 0945 on a sunny morning. We met another of the Bruce Trust boats at the first lock we came to, I think we only met two more after that.

The river flows alongside the canal through a fish farm and some of the water rejoins the canal at this circular weir. 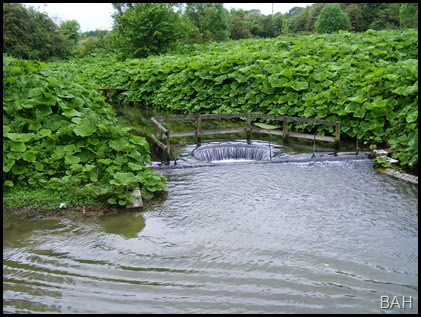 Its hard to tell if the river is flowing into the canal or the canal spilling down the weir.

As we arrived at Hungerford Marsh Lock the bottom gates were surrounded by young bullocks, who were so tame they weren't 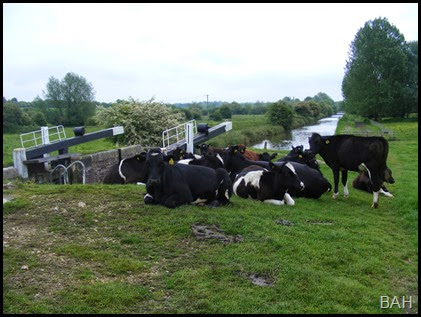 really interested in moving. It made dodging dog poo around locks seem easy.  This lock has a swing bridge crossing it which has to be opened before you can work through the lock. The lever /handle to move it is not at the easiest of heights.

Of course when you come to close it there are bullocks all round the end. There is actually a hock near the end of the bridge which I guess the old boatmen would have used to close the bridge as they drove out when going down hill. 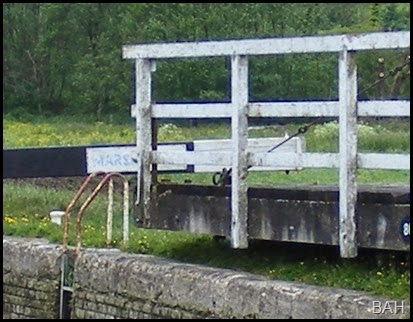 The bridge was very easy to move with a rope round it.

We had planned to stop at Hungerford but we had not been going long enough to charge the batteries. We did moor against the green in town for a while and after lunch Diana went into Tesco’s for a bit of shopping. I walked up and met her there to help carry it back to the boat. We then pushed off for Kintbury.

We stopped just below Hungerford to fill with water, there is also supposed to be rubbish disposal here but that has now been removed. A little further on we passed this large bunch of wild flowers. We are not sure what they are.

As we approached Brunsdon Lock the towing path is at water level and in some spots below with the canal running into the stream, it is also the shallowest bit we have travelled on for a few day from the progress I was making. 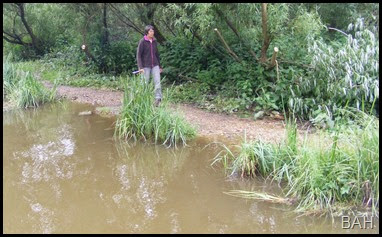 Below the lock there CaRT notices banning mooring from Brunsdon Lock to Vicarage Bridge for towing path repairs although there is no sign of any work going on and there are still a couple of boats moored there. Just before the bridge in front of the Vicarage there is a well used Duck House. 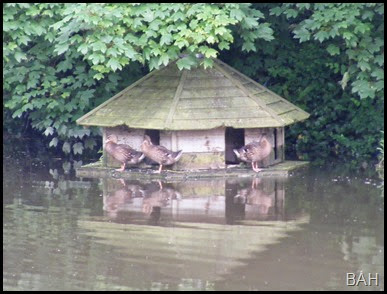 As we approached the visitor moorings they all looked pretty full but then I spotted a space just long enough for us. Once in I noticed a CaRT notice saying this spot was reserved for their work boats. They haven’t bashed much of the vegetation down if they have been using this spot for a month. 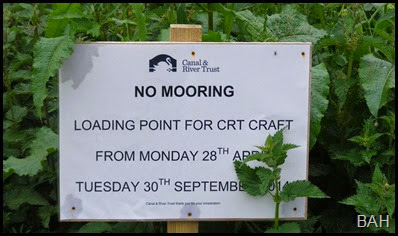 So as a special treat you have two maps today, the one below is today’s journey.