Last nights mooring was great, no early morning bikers, joggers or walkers. No trains or A roads, good edging and mooring rings. 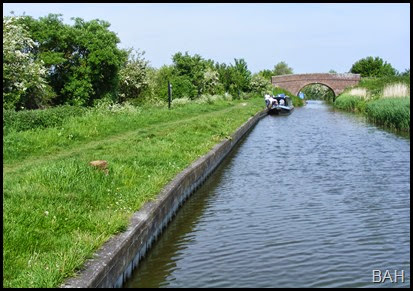 We set off in bright sunshine again, but that was accompanied by a bit of wind. We were away at our normal 10am start time.

We passed this, I suspect vandalised work boat, the doors were ripped off and the engine and hydraulic pump gone, it just lays 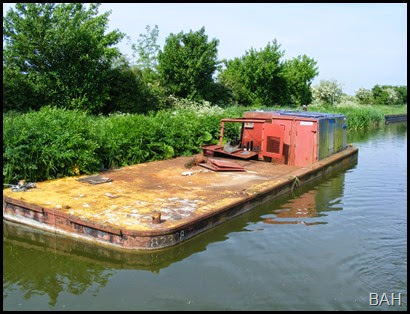 there with what’s left of its doors blowing in the breeze. I don’t know if it belongs to the Canal & River Trust of if it was sold out of the BW fleet.

The White Horse looks so much better in bright sunshine and I even managed to catch a military helicopter passing over its back. 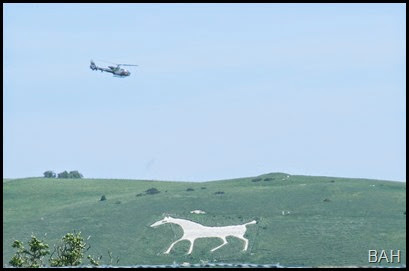 We passed under Ladies Bridge named after the mother and 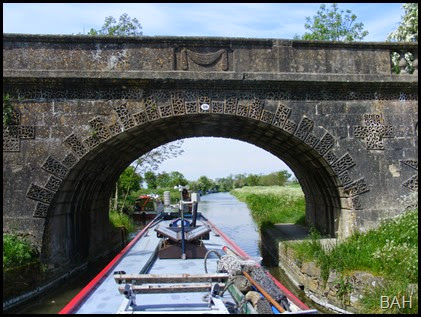 daughter who lived at Stowell Park and who insisted on Wide Water being created in the canal so it looked like a lake. 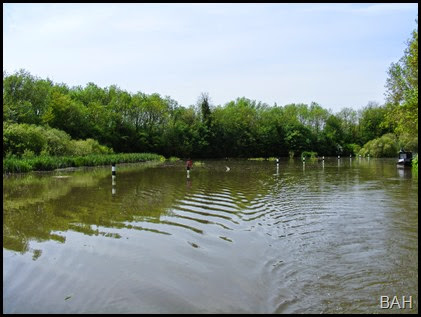 I can only assume they use to come down here for their carriage rides or it was the main access to the house as it wouldn’t have been visible from the house.

We had seen this boat moored in a different location on our way down with his homemade woodworking equipment setup on the towpath. 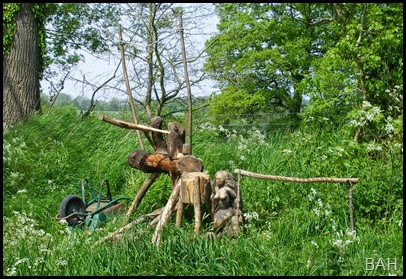 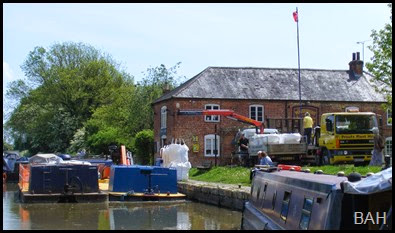 of ballast ready to load onto their work boats,  they have been working on the bank edge/towpath east of here for some time as there are notices requesting you not to moor in places.

We had planned to moor on the 24 hr visitor moorings just above the lock at Wootton Rivers. I had just entered Wootton Rivers bottom lock and Diana was starting to close the gate when I spotted a boat behind us  so we waited for them to join us. It turned out to be nb. Viscount who we had moored behind at the pub in Seend. If anyone is interested its for sale on Apolloduck  under tugs, it has a 3 cylinder Gardner chugging away in its heart.
Once we cleared the lock we could see all the visitor moorings were occupied and it was only about 2 pm. We did try getting into the bank just above the moorings but no chance, then our luck improved with two boats coming down the next lock so that was set ready for us. Above lock 52 the bank is piled through to lock 53 with nice deep water so we tucked in behind the first boat we came to.