I have decided to stop doing the rain reports now that most people have changed their plans to take into account the rains we had at the end of last month and the beginning of this. Things seemed to have settled down to a reasonable weather pattern again. This decision was made this morning and its rained ever since.

A pair of Robins were hard at work building a nest just the other side of the pontoon from us and they were both flitting back and forth with material in their beaks. 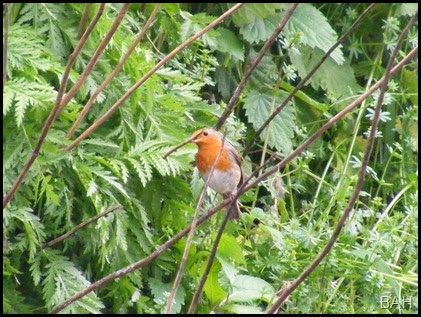 We set off at 9am through Hanham lock and onto Bristol City waters. It was here that we said goodbye to CaRT for a few days. 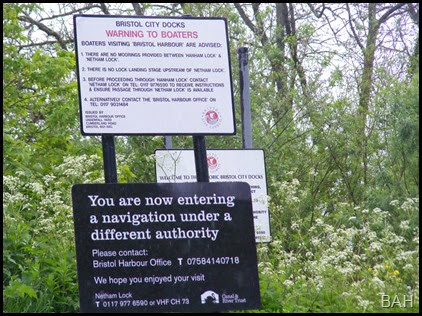 Hanham lock dropped us probably less than a foot, the shallowest lock this trip by a long way, it also means we have now done the two extremes with Bath deep lock the deepest on the Kennet and Avon. 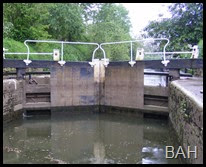 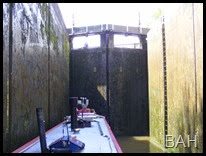 Not many photos as the weather was rubbish as we made our way down this beautiful river. It reminded me very much of the Wye Valley sitting down amongst the trees. 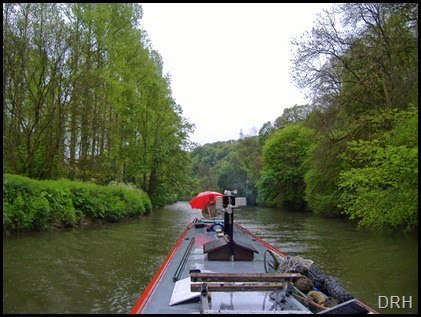 Part way down the river we passed what I think is an old water works looking at the large sluices beneath it, whatever it was its an elegant building on a wonderful setting. 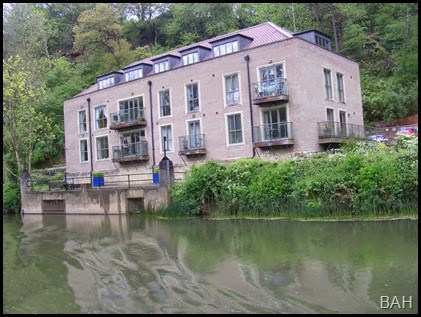 Just on 10 am and we arrive at Netham with the River Avon New Cut goes straight ahead under the bridge and over the weir, on a spring tide this weir is overtopped with sea water coming up the Avon bypassing the Floating Harbour. 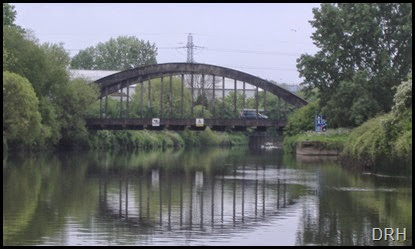 Once through the lock we stopped and reported to the lock office where a nice gentleman gave me lots of information and relieved me of £48 for our two night stay. It makes Henley seem a bargain! 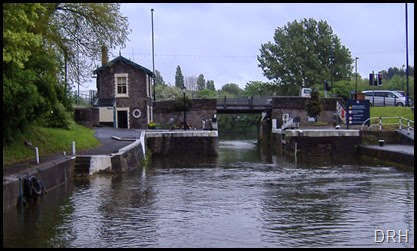 Netham Locks connect the River Avon to the Floating Harbour by a long straight feeder canal, at the very end of this is a right 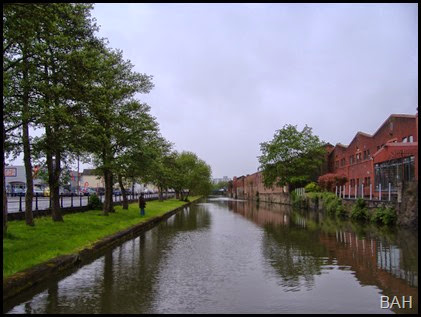 angle bend though a set of flood gates, the sharpness of the turn caught me a bit off guard and I was glad there was no one coming the other way. We had been warned of a low bridge across the harbour which can be lifted if required, with the stove chimney off the engine exhaust just cleared it. Our suggested mooring was just through here to the right and after mooring up at one of the electric points I found there was still over £4 credit on it. Now the down side, I can’t find my 16 Amp plug anywhere. I saw it a month ago and I am wondering if its in the back of the car. So no free electricity for us.

We cruised down the harbour when we thought the weather had improved , but wrong, it blow and rained on us, the reason for the journey was to visit the marina to empty our brim full toilet tank. This turned out to be a DIY job for £8 –70 Once all was completed

we returned to the pontoon and moored up. To coincidences happened here, Just as we moored there was some one calling and waving like a mad man from the bank, It was a friend of ours, Guy who just happened to be walking by as we turned in. The other was that after tying up and venturing out there is a Wilderness Trail boat moored at the other end of the pontoon from us, also owned by a friend who lives in Norfolk.

We will stay here now until Saturday when we will commence our journey East again.