You may recall yesterday I posted that when the lock was filled we went aground and I deployed wheelbarrow wheels to prevent it, well here is a photo of them in action. 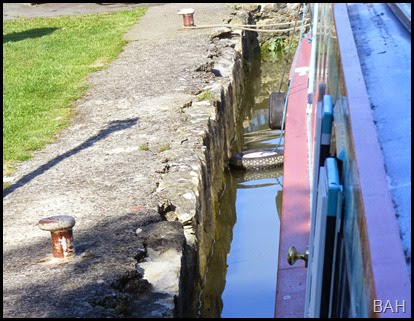 As we were moored against the pub lawn and were using their WiFi we felt it only right we should eat there, which turned out to be a good decision. 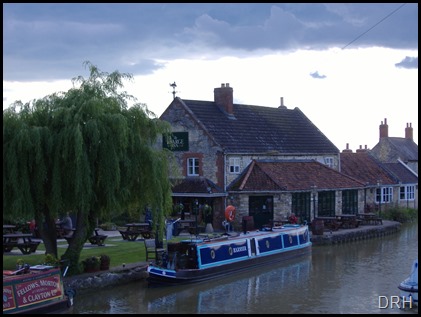 They had 4 beers on the pumps and if you bought three third of a pint glasses you got a pond of the next full pint, but they wouldn’t give a pond discount on two straight pints, so I started with three thirds and then bought Diana a pint at a discount. same difference.
The food and service were both good, a pub I would recommend.

Shortly before we set off a cruiser had come up the locks and they weren’t too keen on doing their share leaving all the paddles up for a boat going down. When they got opposite us the crew walked up to the next lock with windlass and came back down to say two boats were coming down so they tied the boat and had another beer, leaving the boats coming down to do the work. Payback time, Two boats following this pair coming down saw no one at the lock or on the lock landing so turned the lock and filled it to come down, by now the cruiser had moved forward to what he though was going to be his easy lock to find it filling again.

As we were moored directly opposite the water point it seemed silly not to top up before we left. We had just finished watering up when another Narrowboat came up the locks so we were able to share with them as far as Foxhangers where they stopped for the night.

When we arrived at the first lock the cruiser was still in there with gates shut and lock full, they then waited for Diana to lock them out so she could turn it for us. We were quite pleased when we passed the boat moored up.

The weather today has been great, best so far, I even had to break the hat out. 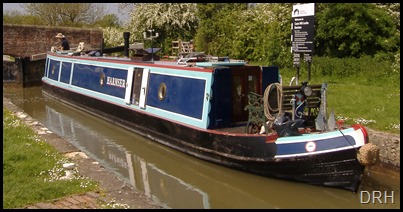 At Foxhangers we pushed on alone for 6 more locks, mooring on the 24 hr moorings right at the bottom of the Caen Hill flight of locks. That is tomorrows project, setting off at 8am when they open as the locks are all left drained overnight so should give us a good start. 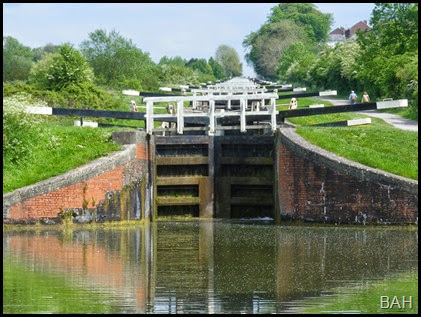 Oh thank you again for another handy hint!! The Caen Flight is left empty at night.....
Lisa
NB WaL