First the rain fall report for yesterday, overnight we had 4.2 mm It was fine when we went to bed but it rained heavily early morning.

We were moored stern to flow so the rudder kept banging, even though I had wound the mooring rope round the swan neck, so bit of a restless night, also the pontoon was creaking on its 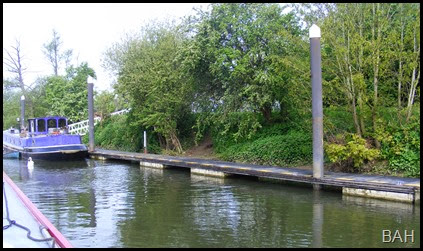 guides. There are rub marks to within 2 foot of the white cap which shows how high the pontoons went in the floods. This was probably one of the fastest flowing bits of the river we have encountered and if it had been like this up at Bath I probably wouldn’t have come down.  As we approached Keynsham lock there are loads of moored boats on the riverbank beside these 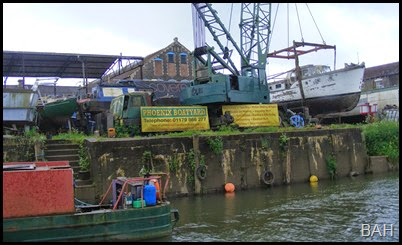 old  works. What has surprised me is with this number of live aboards there are no pump out facilities between Bath and Bristol. 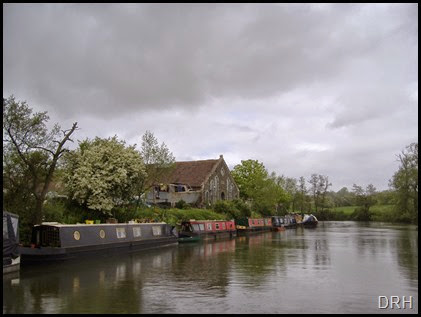 As you can see by the sky in this photograph we had a day of mixed weather. We stopped on the 48 hr moorings at Keynsham and I walked round to Portavon Marina to see if they did pumpouts, I walked round via the road and couldn’t even get in to the marina, all gates high boarded and locked. I managed to catch a van unlocking to go in and was told the nearest pump out was Bristol, I still didn’t manage to get in side the gate before it was closed and locked again.

Keynsham lock is also in need of some TLC before it also has a collapse, I wonder how long this fix has been in place. 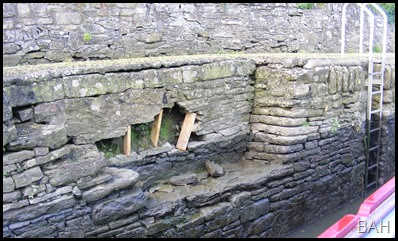 From the lock you can see the old Fry’s/Cadbury’s chocolate factory standing on the river side, now disused and about to be redeveloped into 700 homes, shops and sports facilities. 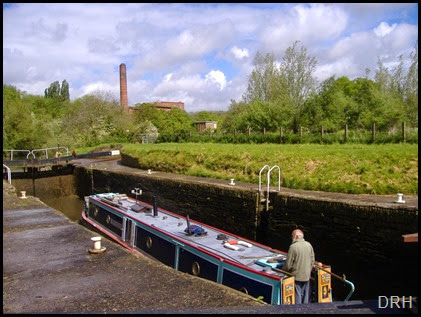 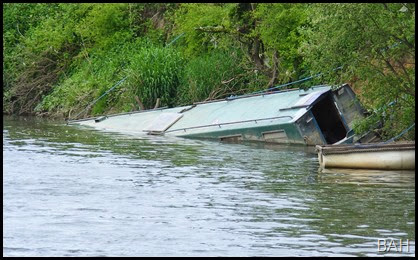 two sunken boats, the cruiser looked as if it had a hole in the bottom so may have come down on the scaffolding. 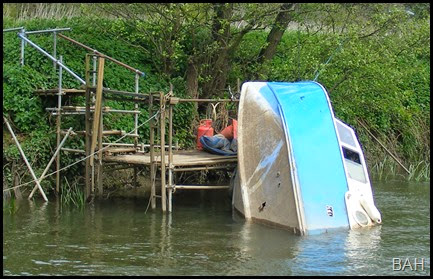 Just round the corner was a blast from the past with an old British Waterways Narrowboat still in the Waterscape paint work.

I wonder if they ever get asked for information!

We only did just over two and a half hours today some four and a quarter miles.

Following your interesting blog as you cruise along the K and A.
We have not ventured along it, yet!

Oakfield (thats both of you) I think you would enjoy it, we have and we have not had any real problems, there are some nice towns. The only down side is the railway is never far away.