It was just coming up to 11 am when we finished filling with water just beyond where we moored last night. It was good to see that the boats that were moored across the winding hole have now 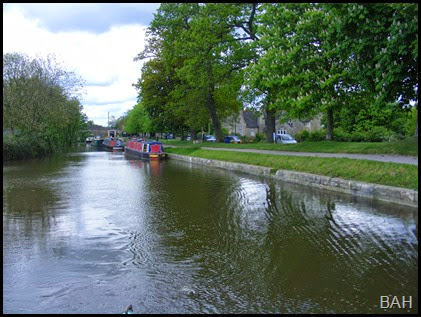 moved on. It is officially a 48 hr mooring but the boats that were there had been so for several days to my knowledge.

There were quite a few boats on the move today, many of them hire boats. Diana had bit of a problem with the first swing bridge we came to at Bathampton Swing Bridge and I had to tuck the stern in to the offside to help her close it.
There was a somewhat strange looking craft moored along this section looking a bit like a gypsy caravan as we approached it. 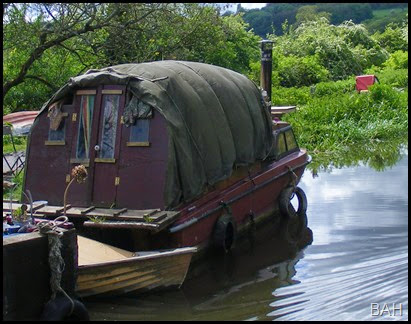 By the time we got to Dundas foot bridge the weather was getting quite pleasant, these moorings are still signed as being 72 hr although there were plans to change them to 48 hr ones this month. There were also moor spaces than when we passed a couple of weeks ago. 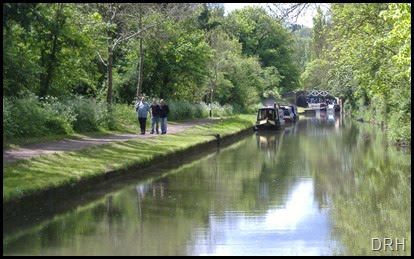 As I turned onto the aqueduct there was a hire boat half way across coming towards us, although there is room to pass I held back  to make it easy for them, they were followed by a fellow blogger, What A Lark. 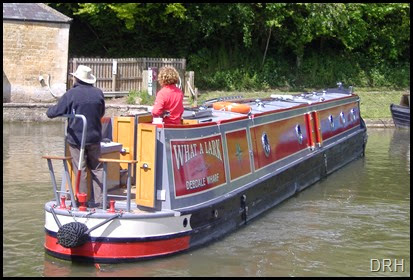 We were planning to stop at Avoncliff Aqueduct if there was room to moor for a look round and to visit the Cross Guns pub. 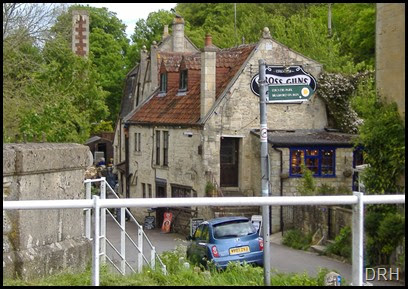 There was a space big enough for us at the aqueduct end of the moorings, these had also been full when we came the other way, however getting in was another matter, we ended up with the bows out about two foot six and the stern almost six feet from the bank. The bottom was hard and smooth so I suspect its a concrete slab. 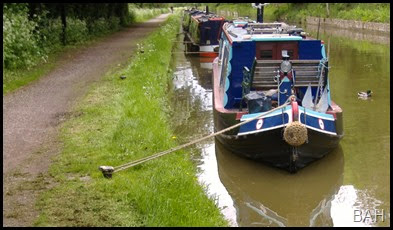 We wandered down to the pub for a swift half of Steam Box brewery beer but it was not as good as the bottled beer I had in Bath. The welcome was not that good ether with the barman talking on his phone and ignoring us for several minutes. Still we have plenty of food onboard, so we don’t need to eat here.

Sitting at the end of the aqueduct looking down the river were a group of lady artists, I do hope they had gone before the afternoon showers arrived, of which there were many. 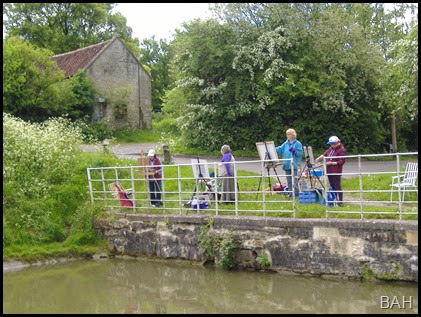 On the other side of the aqueduct the moorings have been changed, when we came down they were full apart form the bit that was reserved for the Cross Guns and was also signed as being for the disabled. Today that sign has been changed and all reference to the pub covered with black tape just leaving it as a disabled mooring. Also the rest of the 48 hour moorings were free, so I do wonder if CaRT have been round now that the new K&A mooring strategy has come into force. We decided not to stop here as we were not eating in the pub, but continue to Bradford on Avon 24 or 48 hr moorings just below the lock, luckily there was one large space with a hire boat almost in the middle of it, but we managed to squeeze in behind him so it was not all wasted. 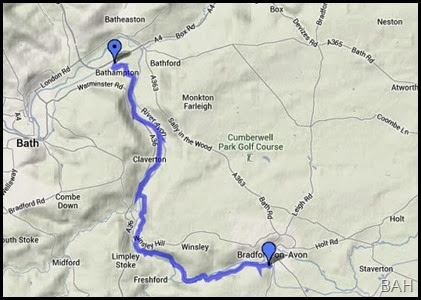