When we got up it was still fine but rain was forecast for the day and it wasn’t long before it started. We didn’t have far to go today so didn’t want to start to early.

The first job was a motor transplant for the Eco Fan. the bearings in this one have been rumbling for some time and it was now getting excessively noisy. The wires, both black required soldering to the motor, needless to say I got them round the wrong way first time and the fan went backwards. 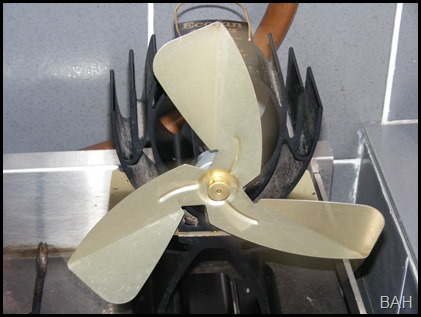 We finally set off at 11am in the rain, passing under this foot 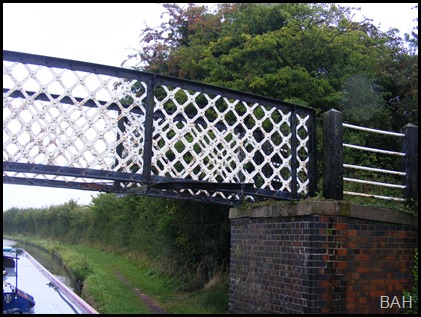 bridge with no decking to do both the remaining locks of the Atherstone flight against us. At lock number 10 we picked some plums on the off side and at the bottom lock just as we were leaving a hire boat arrived at the lock, this was the same boat we had seen going down the Stockton flight on Sunday.

We stopped for water at the end of the long term moorings below the flight, most of these now look vacant. While we were filling a canoe came through the bridge, he is doing an 80 mile sponsored paddle for Cancer research. His father had walked down the Atherstone flight to help carry the canoe round the locks. 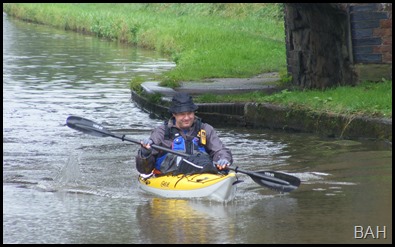 As we left the rain eased to a drizzle and finally stopped giving way to sunshine. As we approached Polesworth there is quite a bit of mud being dumped just behind the towing path, it looks like dredgings but we didn’t see any sight of dredging the canal in the area so I guess its from a lake. 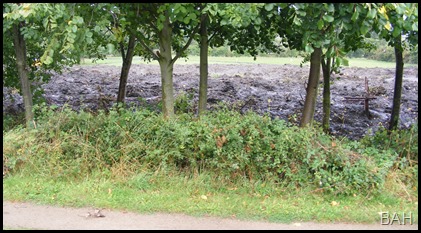 I think if I had the money to own Pooley Hall I don’t think I would have a telephone cable draped across my lawn, I am pretty sure it would have to go underground.
I understand that the study centre at Pooley colliery is now closed due to unreliable electricity supply, even though they have painted the old pit head well up. 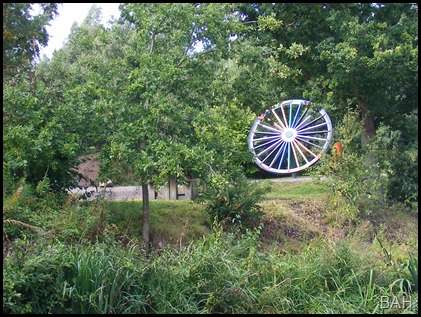 The old basin provides some very nice moorings for a few boats.

Just beyond this the canal passes under the M42 road bridge bridge, someone has drawn some interesting art work on it.

As we had gathered Blackberries and plums this week we now needed some apples to go with them, I spotted a pair of trees on the off side, one with green fruit and the other red, so I pulled across and eased the bows in so that Diana could pick them, needles to say at that moment the only two boats we have met since Atherstone decided to come towards us. I waved them through on the wrong side of me but they didn’t look at all impressed with the operation. From here it was only a short run to our destination for the day, The Samuel Barlow at Alvecote. We have moored in the lay-by beside the pub, but as they don’t open until 4pm on a Thursday there is no one to ask it that is OK or not. Since we have been here the sun has been shining constantly, if only we had waited until mid day to leave this morning.