When we looked out this morning I was surprised we didn’t get an early call as there was a field of geese opposite and they only took off when I kicked the mooring hook to release it. We had

already had several boats go by including the ex-working boat Dove when we pushed off at 9am. The canal was extra busy today and we met 3 boats in 8 hours cruising.

Just below the first of the Minworth locks CaRT have carried out temporary repairs to the bank, lets hope it holds until they fix it 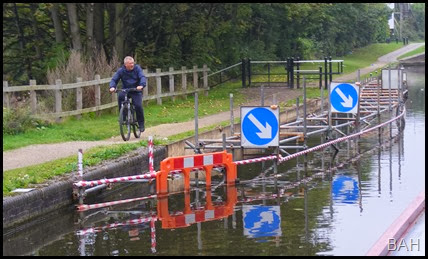 properly. As we worked up the lock we could see Dove in the distance and by lock three we had caught them up. I offered to close the gate for them as they left, mistake, it wouldn’t close so I poked around with the boat hook and pulled a branch out which had us moving again. There were some very shallow sections in the pound above the locks.

One of the more unusual things floating around in the cut above the locks  were packs of toilet rolls, some individual and some larger bags, lots had been fished out and were in the skip at the top locks and some were on the towing path but there were still lots floating around. 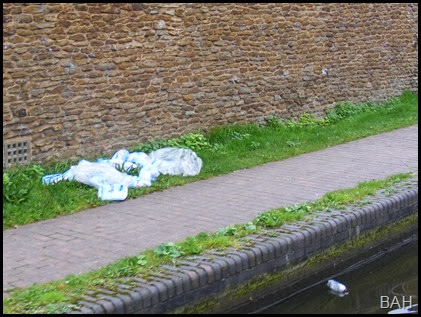 I always find this building fascinating, I am not sure what they 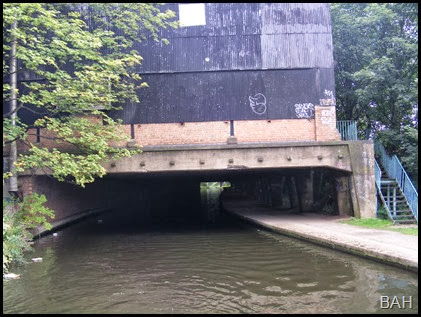 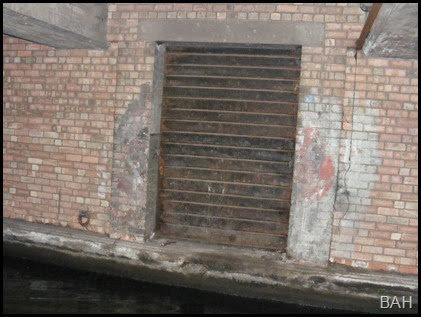 guess they would have loaded boats as you can see one of the rings beside it, it also had electric light at some point but these are now all smashed. Its not overly dark going through as all one side is open. 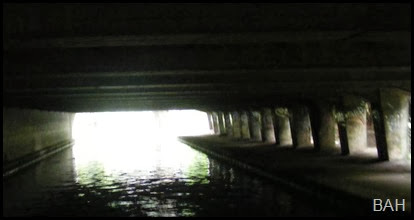 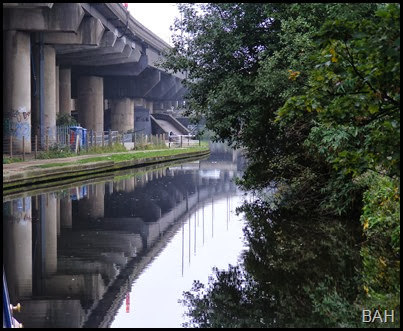 heading for our first junction of the day, Salford Junction. We would turn sharp left up the first arm we came to, to join the 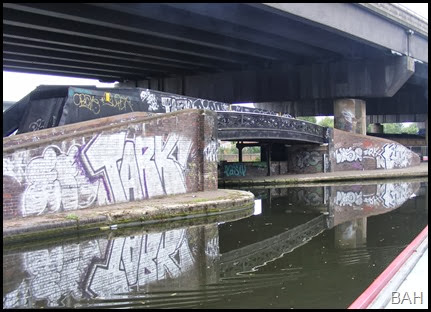 Grand Union canal. As you can see the angle is much greater than 90°  but there is plenty of room to swing in, however coming the other way boats are often going to fast to get their bows round which has lead to this notice being put up. You can plainly see all the lumps knocked out of the concrete by the bows of boats hitting it. 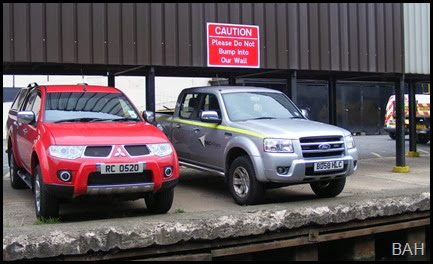 Just as we turned in we met our first boat of the day, did he come from the moorings at “Star City” or did he come all the way down the flight putting the locks in our favour? It was immaterial as just before the locks we met a second boat, we must be in luck, but there ahead of us in the first pound was Dove, so we had to turn every one. A lot of work had been done on the old lock cottage at the first lock, but somehow its now been burnt out, whether it was an accident or vandalism I don’t know. 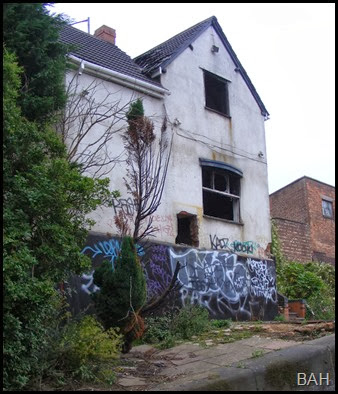 One of the locks in the flight was leaking well passed the bottom gate, with a boat only a couple of locks ahead it had drained when we arrived.

Having cleared the flight Dove was nowhere to be seen but another boat pulled out in front of us, it turned out to be the single hander who was moored behind us at Huddlesford at the weekend.  At Bordesley Junction he turned left, the same way we wanted to go, so I walked up and gave him a hand and telling him to just leave the top gates open and we would close up as we arrived. We met our third boat of the day as we approached the top lock they were entering from above. It was a hire boat with a very novel set of drink holders attached to the taff rail supports. 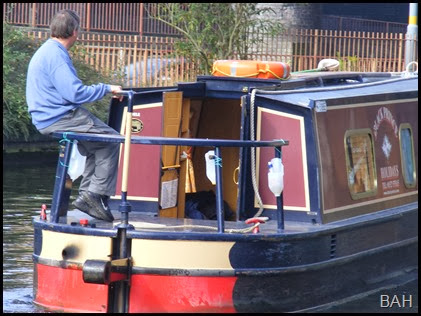 As we were just about to leave the top lock a hire boat pulled out from the service block on our right ahead of us. We have never used these facilities but they look very smart, however I couldn’t see anywhere to moor overnight which is a shame as its a large basin. 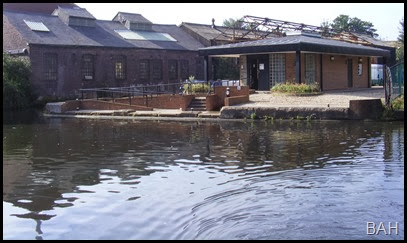 A little further along the canal opposite the Ackers Trust Basin there is now a large climbing wall and zip wire. 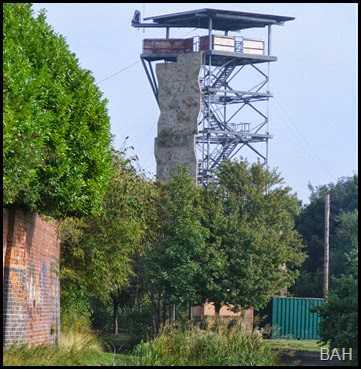 We were soon passing history again with the old loading sheds at Tyseley, A couple of them still have their roof on but most are just now a concrete  skeleton. 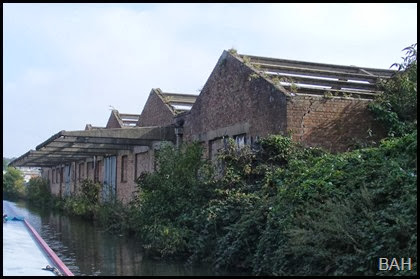 The canal was wide and in the main deep from here onwards and we made good progress mooring at Catherine de Barnes at 4-30pm.