First job this morning was to go and see Neil at Holt Farm and tell him to disregard last nights email, we had changed our minds and would like to moor in the Engine Arm, so Harnser will be returning to Adkins Lock, but not on the main line as before, we will be hidden away up the arm.

We finally set off at 10 30 am. one boat had just come passed and two boats were locking up, so we set off behind the first.

At Adkins lock there is an apple and pear tree, not two trees but just one with both apples on the wood shooting below the graft and pears from the wood above it. 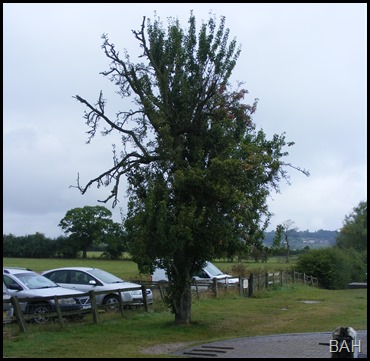 It was good to see the Buffalo back by the lock, a couple of fields lower down some of them have calves. This heard is quite famous for its Buffalo ice cream and burgers. 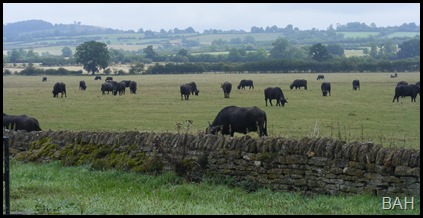 With the damp start to the day the cobwebs on the hedgerow were really looking grand with the water droplets like jewels placed by fairies. 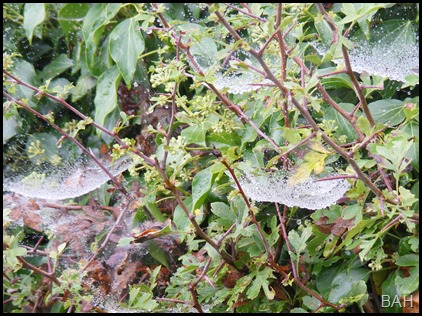 We met boat for the first half of the flight, but then things were against us. A volunteer lock keeper with his dog walked up to give us a hand, drawing a paddle on his way passed the lock below. We then met a boat coming up to the second lock which was ready for them and the two volunteer keepers at the bottom lock left it open ready for us. These guys seem well switched on as to what’s happening on the flight even walking the full length to Marston Doles in the morning.

After clearing the locks we noticed that lots of the moorings were now vacant, but even so boats managed to moor half way across the two winding holes.

At Wigrams Turn we turned left up the Grand Union to Calcutt where we stopped to fill with water. While there a hire boat was just entering the locks and asked if we wanted to share, I declined as I expected it to take a while to fill the tank and beside there was a boat waiting to come up. needles to say before the lock was drained our tank was full. The hirer recognised us as he had shared the Braunston flight with us last year. I remembered then that they hired a lot and knew how to handle a boat.

It wasn’t long before two more boats came up and we were on our way down alone. I was going to wait but the second lock was with us and another boat in the flight waiting to come up.

By now the sun was out and it was getting quite warm, much better than the forecast predicted. As we passed the long term moorings a short way before Birdingbury Wharf I spotted this ginger cat curled up asleep on the rear deck with its tail under the deck boards. 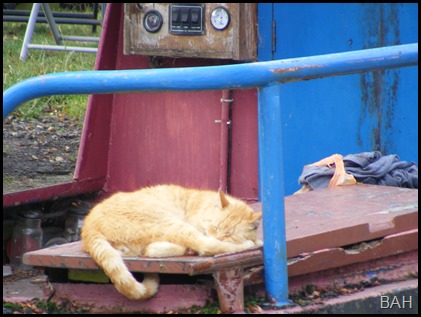 We moored for the night in the sunshine a short way above Birdingbury Wharf bridge.