Yesterday we had a stowaway all day, I was hoping to get a photo of him today in the daylight, but he must have jumped ship overnight. I guess he must have hopped on at Rowington and spent all day on the weather station. So here is a shot I took last night with flash. 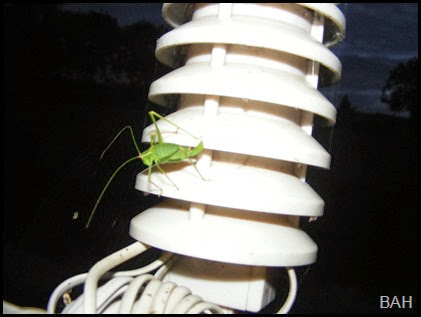 The church clock at Radford Semele is working again chiming out the hours and its spot on time. It doesn't chime overnight which is good. 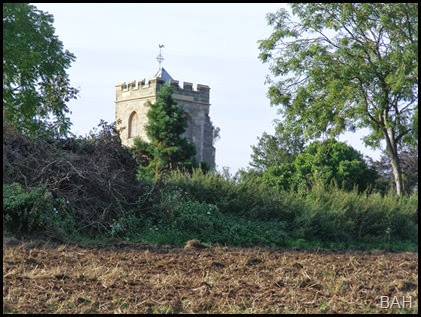 It was a sunny start to the day and while we were having breakfast a boat went passed. We decided not to rush and join him up the locks but set off at 10 as planned. Just as we finished breakfast a hire boat from Braunston came by so we tagged on behind. It was a good move as they had a crew of 4 men and 2 ladies, not only that but the steerer could handle the boat. At the first lock not a word was said as we waited for our crews to turn the lock and then we slid in side by side as if we had been boating together for years and so it continued with one or two people working ahead. At Fosse Wharf services the boat that went up earlier was tied up, so if we had have joined them we would now been working alone. After this we met a few boats but the locks leak so badly that most of them were half full before we arrived.

Two boats entered the top of the Bascote staircase while we locked up in the lock below. When they were ready to leave the staircase we moved forward and split, me to the offside. Unfortunately for me the pound was well down and I went well into the mud from which it took several minutes for me to extract my self. The only way I could move was backwards and that sucked me closer to the side, eventually I managed to get the bows out and drive forward.

It turned out that although it was a hire boat, it was a sponsored one and it was the very experienced owner steering have a weeks holiday on his boat. We said goodbye to them at Bascote Bridge where we stopped for water as they were stopping at The two Boats for lunch. CaRT have changed the old cast iron standpipe out for one of the new stainless steel ones, I noticed they were doing the same at Hatton top lock. I don’t know if this is something they are doing right across the system or just as the old ones reach the end of their useful life. 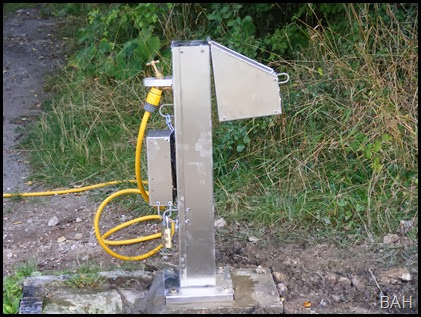 Once full of water we continued on our way passing our locking partners of the day enjoying a well earned pint outside The Two Boats. We did the next two locks alone to get us to The Blue Lias for the night. Just below Shop Lock, lock 12 there is a bridge that servers Warwick Fly Boats yard known as new bridge. As you can see they didn’t build the new bridges as well as they did the old ones.

It now has a metal collar round it to hold it together, 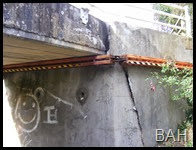 you can easily slide your hand in the cracks in the concrete between the face and the sides.