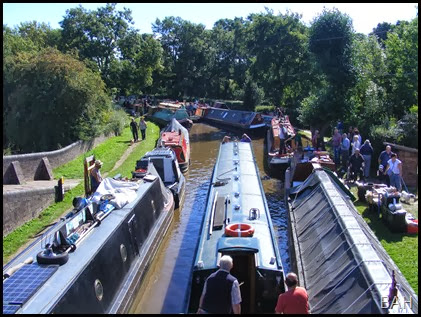 boats that were each side in front of the club. It was quarter to five before we cleared the last of the boats visiting the show.

We were not really sure where we were going to moor for the night but we wanted to get away from the railway so that was somewhere south of Hopwas.

Passing through Willington one of the gardens has a grand display of gnomes in their garden. 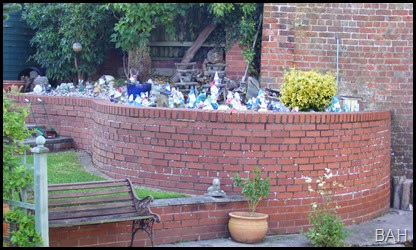 At one point I thought I was back in the Fens, there lots of the farms have large piles of wooden boxes to put potatoes into when they harvest them, this pile matched any we saw there. 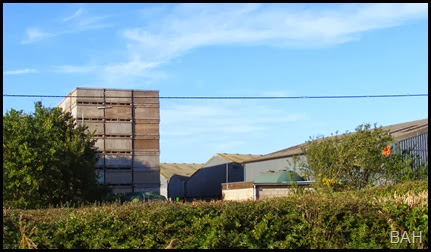 I was rather taken with the farm weather vane in the form of a Grey Ferguson Tractor, this was not just laser cut from a piece of plate but was in 3D and also coloured. At the Tame Otter two boats pulled out ahead of me, the first was an old working boat running light and the second a converted boat, but as they were travelling a bit faster than us it didn’t give us a problem. I think I probably slowed more than them passing moored boats as we passed one resetting his pins. As  we came into Fazeley we tried to moor up but could only get within about 2 foot of the bank, so we continued on and joined the end of the line of moored boats that ran to the visitor moorings. The only down side to where we are is that we are under oak trees and every now and then they shed an acorn and it sounds like someone on the roof with a small hammer. We moored up a little after 7pm and about an hour later I felt the boat surge, looking out the front doors not a ripple, so no boats had been passed ether way, but looking back I could see a head light coming our way, it was Panther the Coventry Canal Trust boat on her way home.