Last night after it was dark two rowing skiff arrived at the lock landing opposite. They contained two middle aged couples, after they had managed to alight from the boats, the ladies seemed to have bit of a problem they moored them to the end of the lock 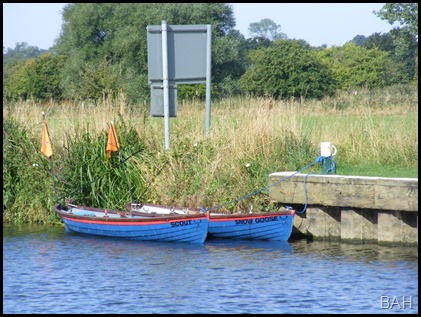 moorings and disappeared on foot. This morning when we left at 10am the two boats were still there. I think if they had been mine I would have been back first thing this morning to check all was OK and move them.

Well we are into yet another month and it did feel a bit autumnal when we woke this morning with the outside temperature in the low teens but a bright clear sky. Our locking partners of yesterday were on there way at 9am. witch was a shame as we had 3 manual locks to do today so the extra muscle would have been handy. We met a few boats, but none in the right place to be of help, you need them approaching the lock just as you are about to leave.

I still don’t understand why the EA insist on leaving these locks empty where as on the Ouse you just leave them full or empty. There use to be notices at the lock saying it was for the fish but maybe someone told them fish can swim out of ether end as they have now changed the notices. I can’t work out where it does ether of the first paragraph. 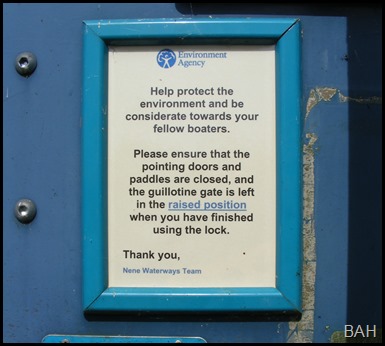 As the day progressed it warmed up and out of the wind was very pleasant, as we chugged along we passed a lone fisherman so I throttled right back only to receive cries of “Wind it on and stir them up a bit please” You just never know.

We passed a rather smart boathouse that was not there last time we came this way, no boat in it and it looks like they may need to do a bit of work to get one in, but a nice place to enjoy a glass of wine. 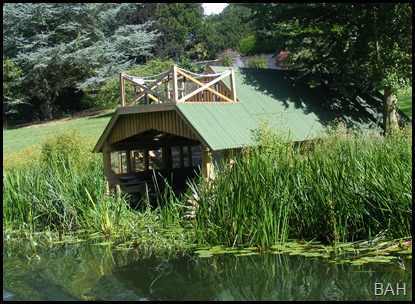 We met a party of canoeists all dressed in purple, I enquired of 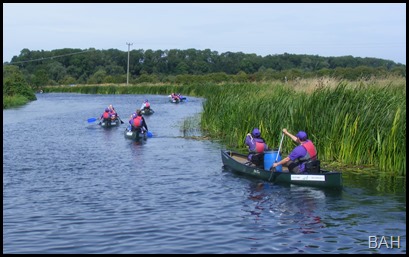 the last one what the reason was, expecting to be told it was for some charity, but no it was just a birthday celebration. Shortly after that I caught two canoes up and they were all over the place, crossing the river ahead of me or going down the middle.

Eventually I squeezed passed as we were now in the Ashton lock cut and it was getting progressively narrower with the overhanging trees on both banks. 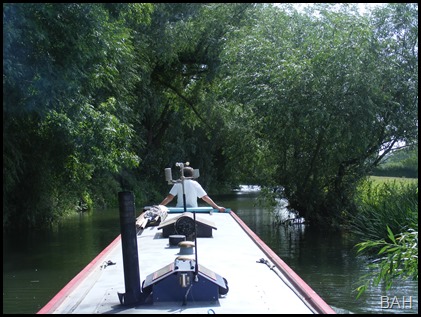 Once through Ashton lock we turned down the weir stream to moor for the night, a couple of boats down who should we see but Nb. Sumo. The crew had just finished mooring up and were getting dinner.

Tonight's plan is to go to The Chequered Skipper for a meal, well their web site says they do food on a Sunday evening, we will see.