Last night as planned we ate at the Chequered Skipper where we both had the best rump steak I have ever eaten, it was as tender as fillet and very well cooked.

This morning we woke to bright sunshine but out on the water it was a bit breezy again. As the day progressed the day got warmer but when we moored at lunchtime it was still a bit windy.

We only met one boat on the move today, the weekend is over and most have gone back to their berths.

We stopped for water at Upper Barnwell beside the mill. I would like to have eaten there but that looks like a none runner now we are passed for the last time.  We filled with water just above the lock, the tap is on the lock moorings and has a very good pressure. We saw Sumo back at the yard being cleaned ready for the next happy holiday makers to take her over.

We saw a selection of birds today, including a Heron who looked to be panting. 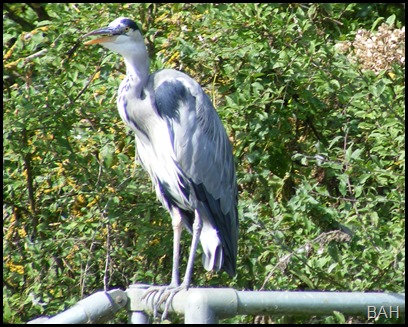 A family of Egyptian Geese sunning them selves 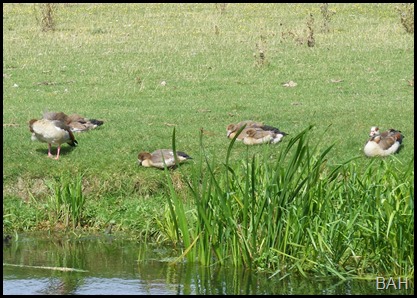 and finally a Buzzard, who after mixing it with the Kites headed off to a tree for a sit down. 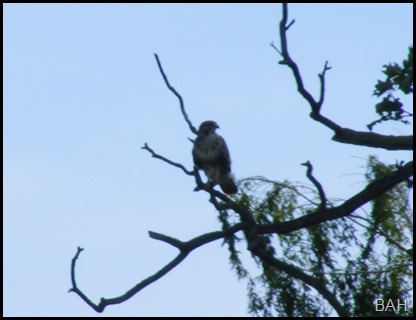 Wadenhoe foot bridge is still standing, it is on a nasty S bend if you are coming down stream with any flow on.

One more lock, at least they have all been electric today and we have moored up against the gardens of The Kings Head pub at Wadenhoe.

We wandered up and checked the beer out, I didn’t recognise any of them but the two we sampled seemed fine at £3-10 a pint and they also do food on a Monday evening so another plus.

After eating lunch and letting our drinks go down we pumped the canoe up and went for a paddle. Firstly we carried on down the mill stream but came to a cable across the stream with a Private, No Entry notice hanging from it so we were unable to go to the very end. We then paddled upstream for a bit and then followed the canoe portage into the weir stream. There is a very nice platform on the river to get out but just the bank on the weir stream to get in. When we came back we decided to use the lock landings and walk round the lock, its a bit high but not to much of a problem. 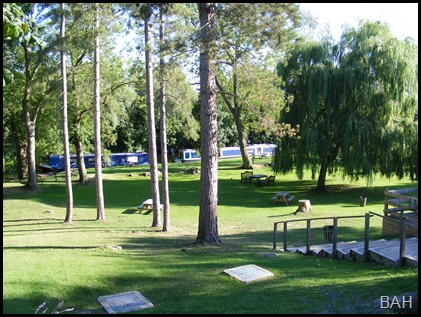 When we returned to the moorings there was only us and another Narrowboat here and the boats that were well spread out on the first section of moorings had left.