Last night we went out to eat, just over the bridge at Catherine de Barnes there is “The Boat” pub and directly opposite is Longfellow's restaurant. We chose Longfellow's. They have a set price two or three course menu. We chose the 2 courses, main and dessert for £20.95 each. They also do a cheaper menu of the day up until 7-30pm.

We had a quiet night and very little noise this morning until the builders started work at 8am on the house opposite. Again it was a misty start to the day with the sun not breaking through until the afternoon.

We set off at 10am not expecting to see another boat for some time. As we passed the old BW so I expect its now CaRT yard at Henwood Bridge it set me wondering what they intend to do with the old swing bridge or even if they know they still have it. 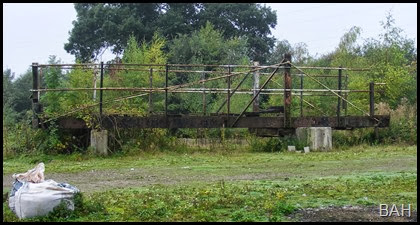 We passed Copt Heath Wharf with the moorings and yard on the right and the house on the left. the house has had a lot of work done on it since we were last this way and they have a pair of very smart day boats to hire. 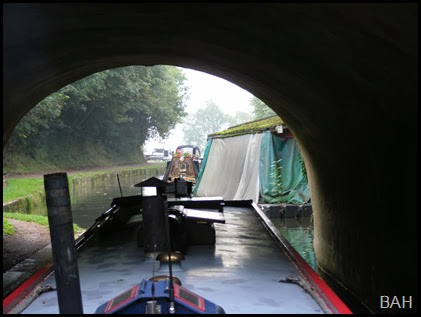 They were a young couple with a dog on the hire boat and she was doing the steering while he worked the locks, they were already going in through one gate when we arrived and she drifted across to let me in beside her, this to me was a real good sign. This was the forth time they had hired. All the flight was against us and we didn’t feel they were experienced enough for Diana to work ahead so we had to wait at the mouth of each lock. For those that know the Knowle flight will know that the water swirls in the pounds between the lock and this can easily catch you off guard and nearly saw her turning broadside. I suggested she came close to me and put her bow into the mouth of the lock. By the bottom lock we both crossed the pound together and brought the boats to a standstill just before the bows touched the top gate of the last lock. At the bottom of the flight we stopped together just below the gates so that our other halves could step aboard, I think by this stage she was feeling quite proud of herself. We left them and pushed ahead alone meeting a few boats on the way.

Yesterday we had seen a hire boat with an all male crew, it was the one that left the services ahead of us. One of the chaps was cycling ahead and doing a bit of fishing until the caught him up again. Today the boat was tied up at The Black Boy’s pub but we passed the lone fisherman with his bike just before Kingswood Junction. He was so busy watching a boat steam straight out of the junction that I ran over his line braking it between the float and the hook. I told him his mates were all in the pub which explained why they were taking so long to get there.

The “Tom O The Wood” pub is looking very smart again and the water point at the visitor moorings has now been replaced by a stainless steel enclosed one. So maybe it works at long last.

We carried on to moor on what must be my favourite mooring in this area overlooking The Cock Horse pub at Rowington. 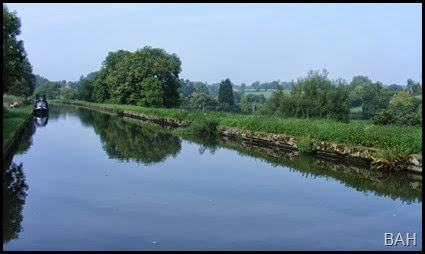