Well the wind died down over night and things were much more peaceful this morning. A boat went by early so when we set off at 10 the 3 locks were against us, as I set the middle lock I could just see a cruiser coming into the top lock. At the middle lock I removed a fender from the water that was behind the gate, I wish people would only use them for mooring and not while traveling.
As a boat was coming down we could leave the top gate open ready for them.
We stopped at the top of the flight to fill with water and dispose of the rubbish. There is a notice in the car park about the three locks 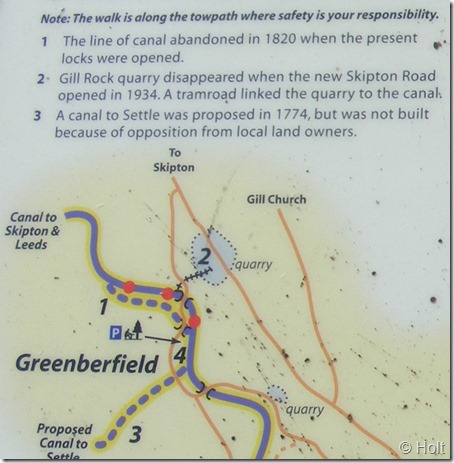 and it seems that when the canal was built there was just a double chamber staircase lock, but it was so problematic they built the three new ones beside it.

The old staircase lock was just to the towpath side of the middle lock, No. 43. and there is still a very wet section which is probably now part of the weir stream. 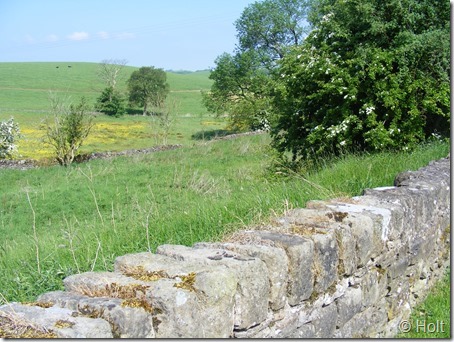 As this is the summit of the Leeds and Liverpool Canal it is here that the feeders for the canal come in. There are several sources and this one comes from Winterburn Reservoir approximately 11 miles away.

Once the tank was full we were on our way again. Planning to stop at Cafe Cargo just before the Foulridge tunnel. 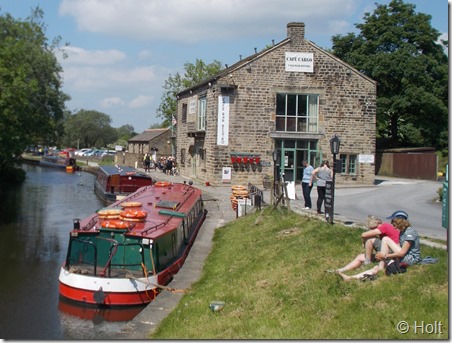 On the way we passed this strange object in the middle of a meadow, I don't have a clue what it is or for but it was in a lovely yellow field of wild flowers. 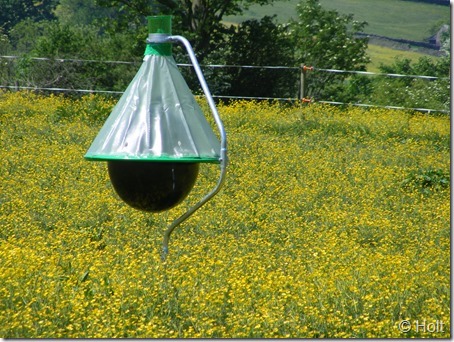 All the visitor moorings were full when we arrived so we got as close to the bank as we could just before them, needless to say almost immediately a couple of boats left. We had a good lunch and a pint of Tetley's beer before taking a short walk up to the village. As we returned to the canal two boats exited the tunnel, I don't know if they were extra slow or had disregarded the lights but they were well green at the North end when they came out. Some sheep's cheese and pickle was purchased from the trading boat Periwinkle before returning to Harnser and casting off. We arrived at the tunnel mouth at about quarter to three so had a 15 minute wait, there was already a hire boat waiting so we tucked in behind him. I could see two lights approaching very slowly in the tunnel, the first eventually emerged, a day boat on tick over, then to my surprise a yacht appeared, its mast laid flat on the roof only just clearing the tunnel height gauges and no lights at all, then the third boat came out, another Narrowboat which was the second light I could see.
We waited for the lights to change to green and set off, but the hire boat ahead never got faster than tickover, it took us 25 minuets to do the tunnel, I was expecting the lights to be green when we came 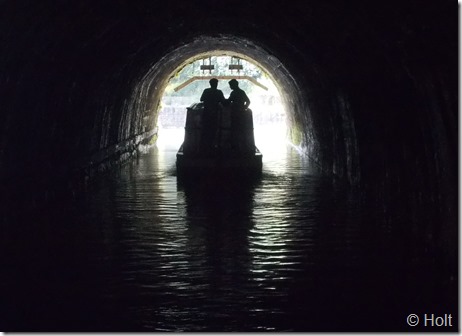 out. once in the sunshine again we followed him down to the winding hole where he turned to head back north to his base. We contemplated going down the Barrowford locks, but we had already done 4 hours so decided to stop at the top for the night.

Diana went for a wander and came back with this photograph of winding equipment she fond on the River Pendle. 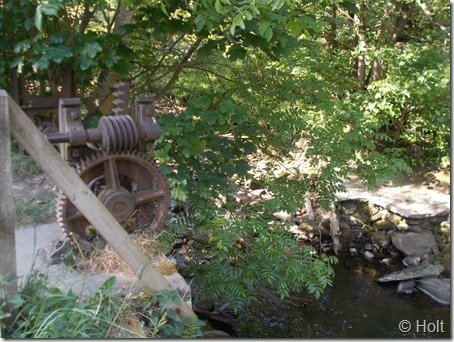 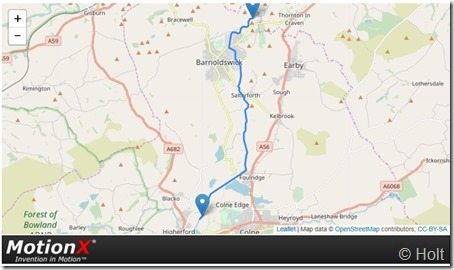