The 24 hour moorings in Shipley may be small, only 70 foot ish but they are very handy with access via a locked gate and a small enclosed area with seating. Not only that its the access to the long term moorings so people are around to keep an eye out.

This morning it was the normal 10 am start with a forecast that promised even better weather. It wasn't long before we were at the junction of the now filled in Bradford Canal running off to our right. 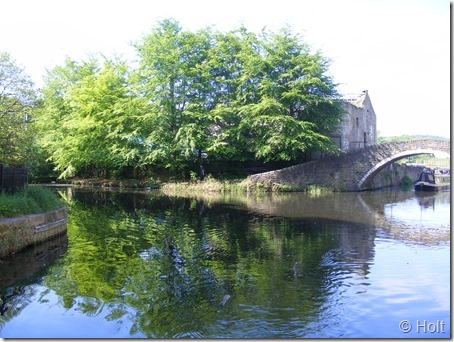 The signs thanking people for slowing down are about as useful as the ones telling them to slow down and give way, but maybe people thing the adults and children walking should give way as they are the largest on the sign, the bike is only small. 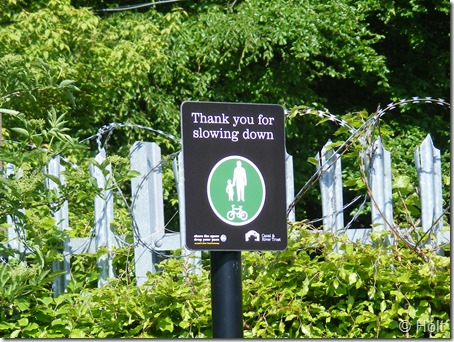 After several swing bridges of different design including one where Diana couldn't move it so I had to do it we arrived at Field 3 locks, a staircase of three locks with the single hander boat we saw yesterday still working his way down. There was no Volockie at this flight to help us on our way unlike yesterday, so I have to do my share. 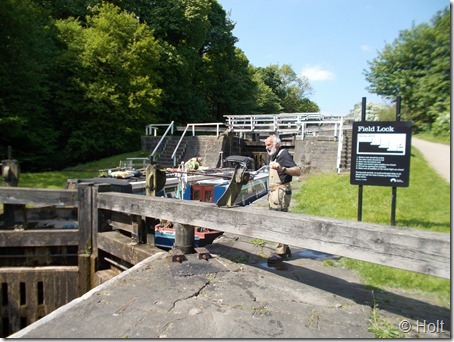 Once they were taken care of even more swing bridges and then into the Dobson 2 staircase. We helped the single hander on his way from the bottom chamber and set to filling the top one. 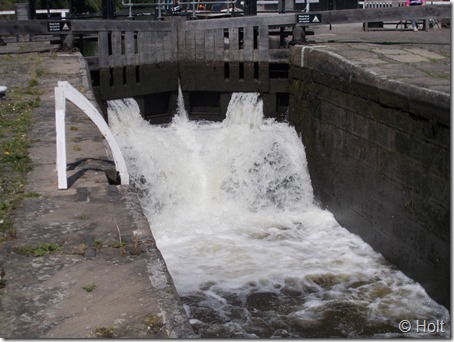 I was talking to Steve , the boater we are sharing with about single handing and pulling the boat out of the lock on a rope, all these locks have a bridge across the tail which of course fouls the rope when pulling. The boater ahead kneels down to get hold of the centre rope as it passes under the bridge. I showed Steve how to swing the rope and catch it on the other side, no kneeling down with 2 knee replacements. 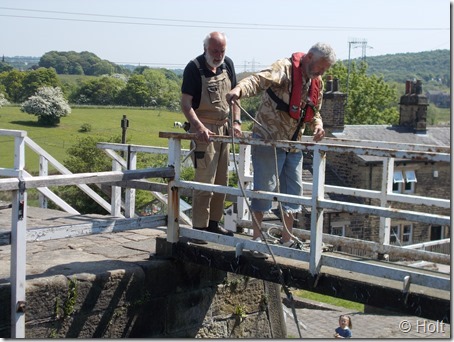 The whole canal side is railed from the lock to the next swing bridge with only small gaps for boaters to alight from their boats to work the locks and bridge. 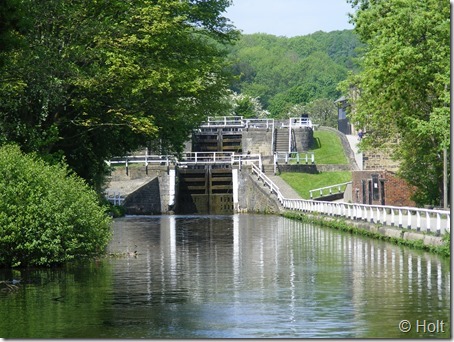 Just as I was about to leave the bottom chamber I notices a round hole, about 6" in diameter in the stone work below the cill, does anyone have any idea what its for, not something you would cut in a stone because you were bored. It is probably between 2 and 3 feet below the cill. We decided to moor for the night just above Owl Swing Bridge in case there were no moorings in Rodley before wandering down into the village, getting an ice cream from the hut on the way. Once in the village we found there were plenty of mooring on the 7 day moorings, but we will be fine here for the night. On the way we walked under the A6120 and spotted this notice on the bridge wall. Clicking it will enlarge it to full screen. 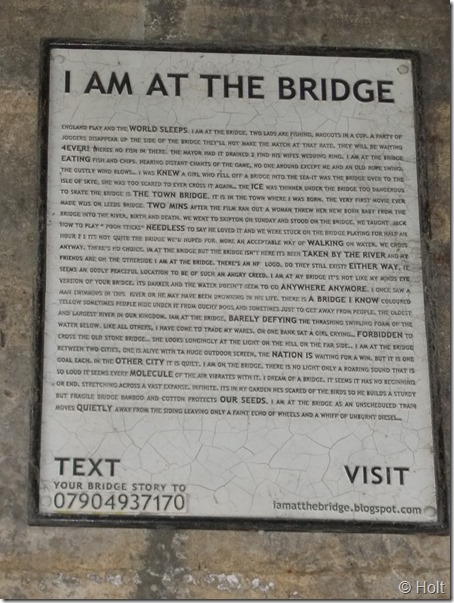 When we returned to the boat we found we had just missed Barbara on her peace walk  from Liverpool to Leeds, we knew we had missed here when we saw this on the hatch. A Peace Stone. 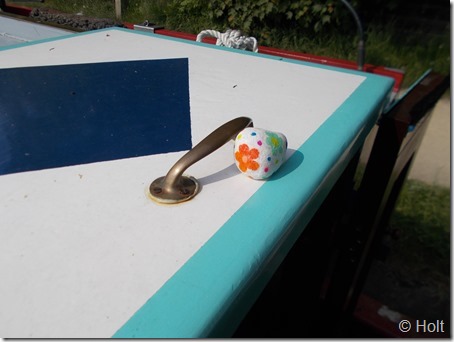 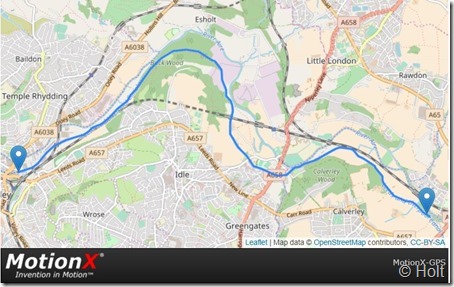 I've seen a few of those holes on L&L locks. My theory (and that's all it is) is that they are to allow drainage from the soil behind the cill - and if they start gushing you know there's a problem rather than waiting for the lock to collapse.