Yesterday coming up the 21 locks we shipped a bit of water in the forward hold, its actually designed as a gas bottle storage locker so the lid doesn't seal. So after dragging everything out including the anchor and chain we dried it out and left the other bits and pieces out to dry. This was an invitation for it to start raining, so we scrabbled around covering things up or bringing them inside. This morning before setting off we repacked the locker and fitted some weed hatch seal around the lid. This meant it was 10-30 before we got away.

It was a clear day but quite cool for the time of year, a fleece was required on top of the shirt. We only met one moving boat today and this was it. 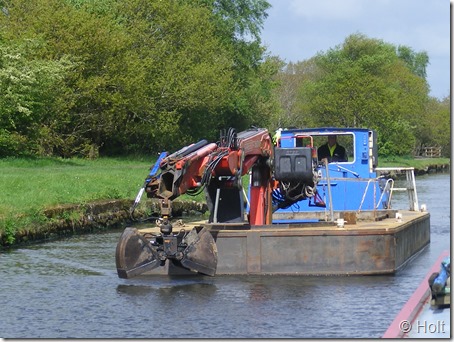 One thing I noticed was several small piles of puddle clay left along side the canal, there was another pile near the aqueduct. 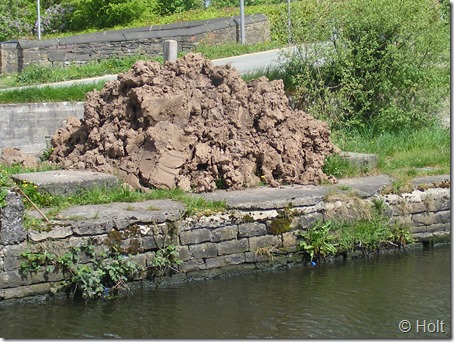 In the distance we could see this mill chimney smoking, I have no idea where it is. 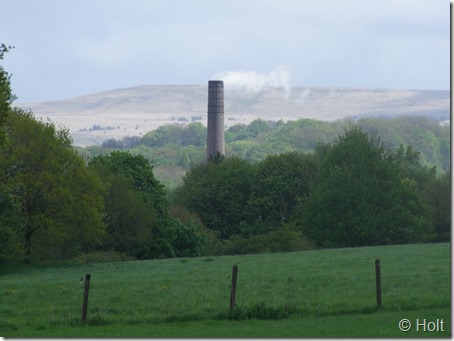 Looking over from near Botany Bay we could see this spar pointing up to the sky, a bit of Google Map research lists it as being Preston England Church, Church of the Latter Day Saints. 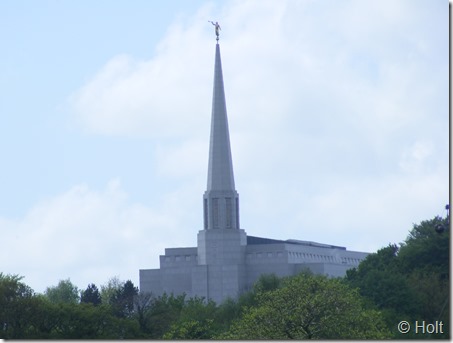 It wasn't long before we arrived at the bottom of Johnson Hillock Locks, a flight of 7 that were all full. 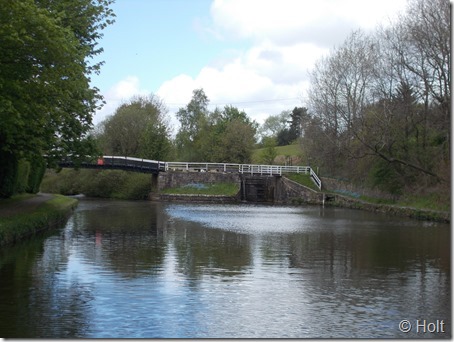 As I locked Harnser up the first lock Diana was ahead draining the second. There are notices on the locks asking you to wait for another boat to save water, its a pity they didn't explain to the Volockie half way up the flight that waiting until the lock below before draining the one above saves water, he went ahead and drained all 3 top ones.

Just above the third lock there is a bridge across the canal with no towpath under it, There is a large iron hook in the wall of the bridge where the old boatman would have attached a snatch block 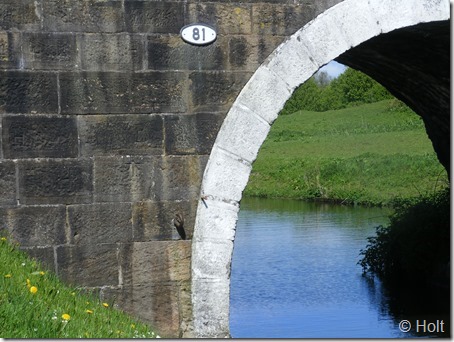 so the horse could have walked back beside the lock to pull the boat out. I found it handy to tie the centre line to while I closed the lock up/

At the fourth lock up CRT were trying to find a leak, they had an old rubber glove on a string containing the bright green dye which 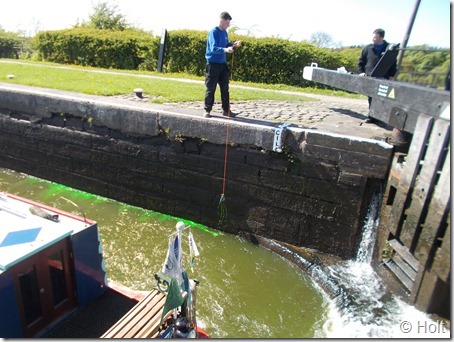 they were dabbling up and down as the lock filled The Volockie doesn't think the leak is in the lock at all but keeping the lock empty overnight should prove that one, There is a lovely row of cottages right on the canal side below the locks, it looks an idyllic place to live. 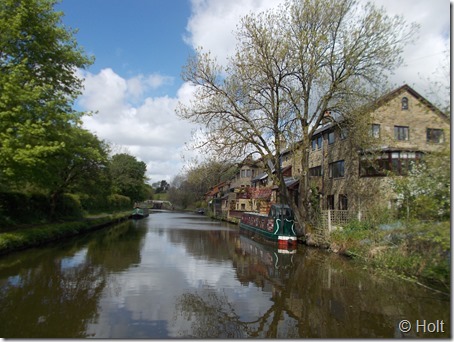 We planned to moor above the locks on the 48hr moorings but they were full and the other side is all club moorings so we pushed on half a mile and moored against some steel piling, the bows are near the bank but out bum is hanging out a bit but it doesn't matter. Right behind us is the boat we shared the 21 with yesterday. As the weather had improved so much we felt a BBQ was in order.

Diana took a stroll after we had moored up and went to Withnell Fold and took a few pictures of the village complete with the village stocks. 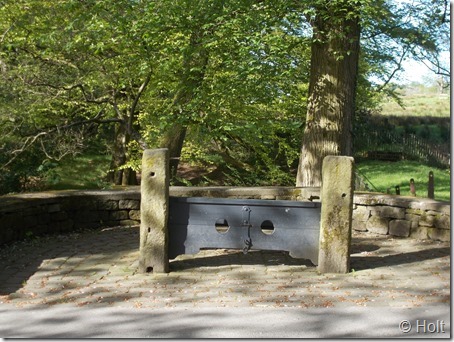 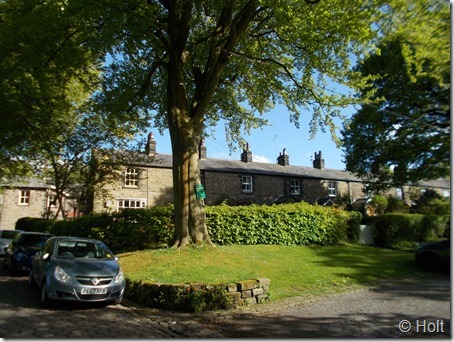 Since we have been moored up things have got busy and we have had 3 boats go by. 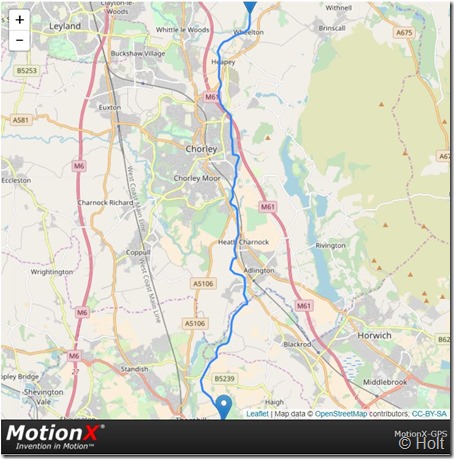