It may have been a cracking day yesterday but last night the outside temperature fell to below 1°C but by this morning things were warming nicely.
This morning the boat moored on the offside went up the flight while we were having breakfast so we decided to visit Pendle Heritage Centre, being oldies it cost less than a fiver for both of us, 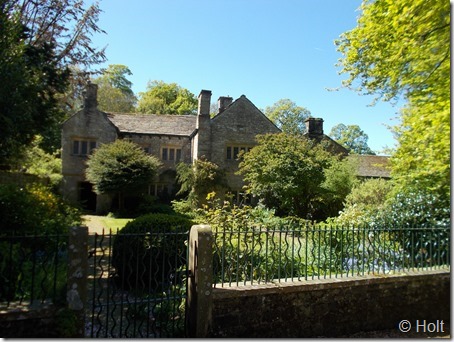 better than the National Crust. As well as the house, which is the first stone house to be built in Barrowford they information on the Pendle Witches and also have a Cruck Barn in the grounds. 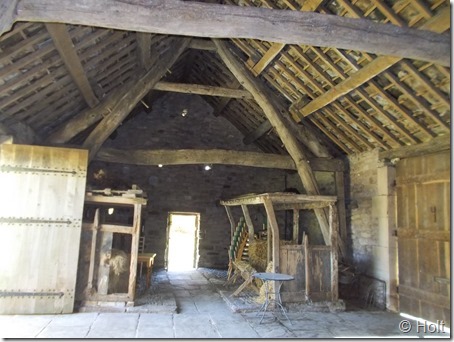 We returned to the boat at about mid day and set off up the locks, as I made my way to the first lock an other Narrowboat arrived so was able to join us, I was a single hander who was quite new to boating but he was happy to do his share of the work and we made good progress with Diana setting the lock ahead. We met two boats at the 4th. lock up and a Volockie who turned round and assisted 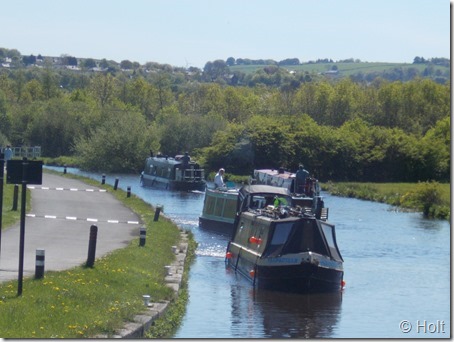 us up the next three, which were all empty and had the bottom gates open ready, still it helped.

At the top of the locks we stopped for a quick bite of lunch before heading off to Foulridge Tunnel arriving dead on 2-30 pm just as the lights changed from red to green in our favour, they are only 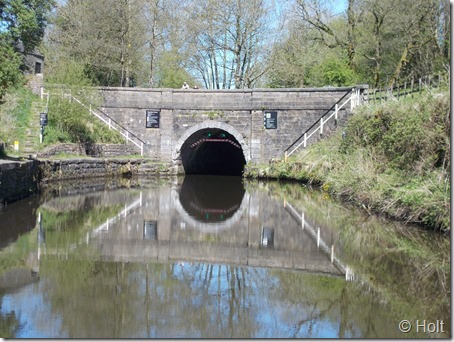 green for 10 minutes and then on the hour the south bound traffic gets a green light for 10 minutes. I think I saw some bats in the tunnel but Diana thinks they could have been birds flitting about.

The tunnel is on the summit level so it will be all down hill from here.
A short way after the end of the tunnel is an establishment called Cafe Cargo in an old canal side warehouse and it is reputed to serve a first class breakfast. 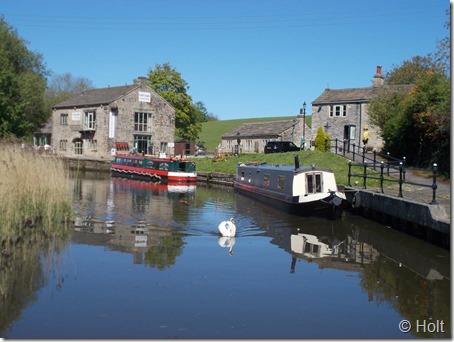 A little further along three workers were injecting foam into the embankment to stop it leaking. First they drill a 7 foot deep hole in the towpath through all the rocks using a large battery drill, then they feed down the long probe you can see the chap holding and when its fully inserted the chap nearest pumps a resin mixture into the ground as a liquid, this expands into a foam when it comes in contact with water. 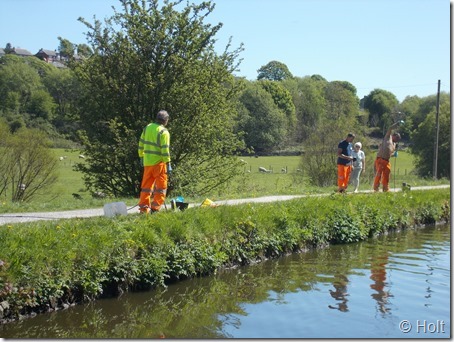 There are several companies that specialise in this sort of work, here is one to give an idea what they do.

I have seen what they do when cruise ships cross the equator, I am not sure if we should have done something similar. 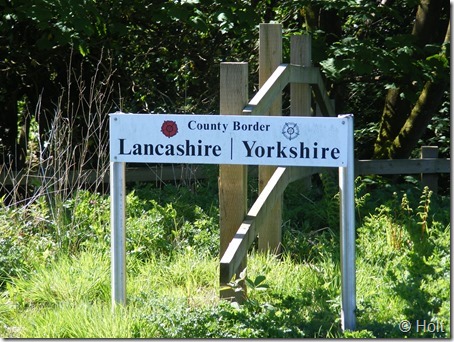 This canal has more bridge rollers than I think I have seen anywhere, as a rule all thats left are the fixings in the bridge. I thought this was rather a nice example, they were used when a bridge was on a bend, most of the seem to be. When the horse was towing the barge and it walked through the bridge and followed round the bend, instead of the rope dragging round the stone work, wearing both rope and bridge it ran on the roller so much less friction for the poor old horse. 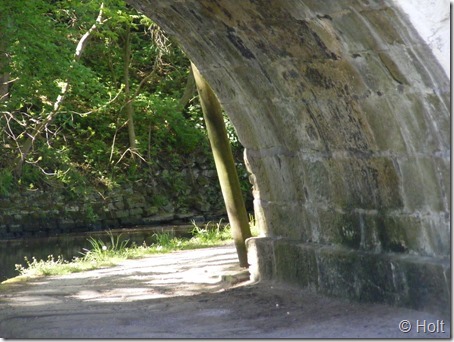 Water is pumped into the summit pound just above Greenburfield top lock. There are three locks dropping down with yet another 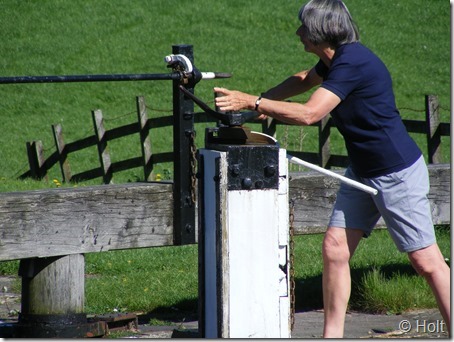 variation on the lock gear, this works on a rack and pinion and requires a chain to stop it winding down. We had just filled the bottom lock when another boat arrived below so they assisted us on our way which was very good of them. We had hoped to moor just below the locks but all the moorings were full so we had to push on, I tried several time to get against the back to moor but it was just far to rocky and shallow, I did manage to get a 13,5 tog quilt around the prop thought. It must have been a full mile before I could find a spot to pull in just before the double Arched Bridge 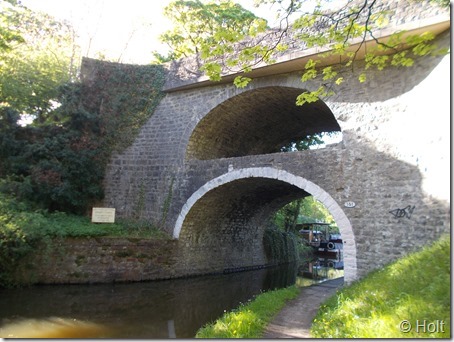 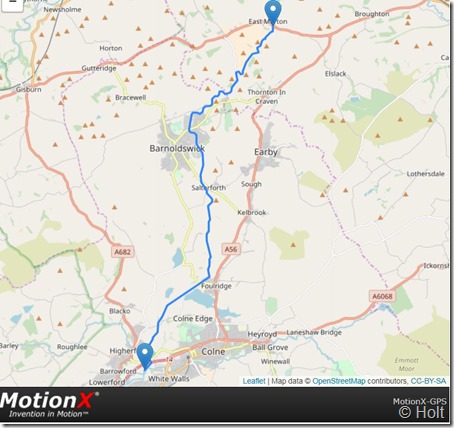