Last nights BBQ went well again and thankfully it didn't get so cold last night. Made our normal 10am start and it wasn't long before we were on the Leeds and Liverpool version of the Wormleighton bends, it even has a mast but not as tall as the Wormleighton one. (map from Waterways Routes) 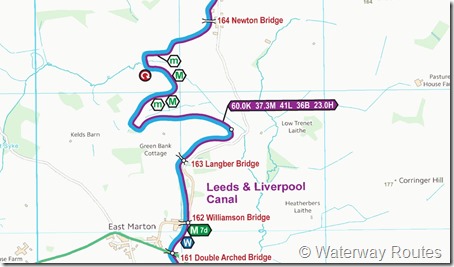 After a couple of miles wiggling about we came to the Bank Newton flight of locks, which were of course against us. 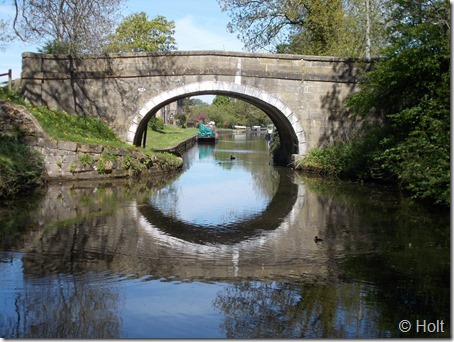 One lock of note, well the name not the lock ,its the same as the rest is the Mike Clarke lock. Mike has done a great deal for the canal from web sites to writing books. 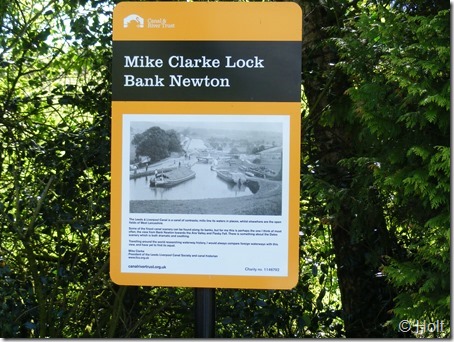 Half way down the flight we met a wide beam boat coming up, being assisted by a volunteer, he gave a hand with the lock we were in and also left the gates open on the below for us.

A short way below the locks I spotted a company marker stone in the field on the offside, This was to indicate how much of the land the canal company owned. 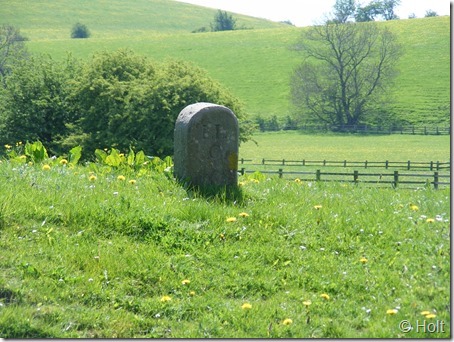 After the 6 Bank Newton locks its not far to the Gargrave Locks, again there are 6, 3 above the village and 3 below but they are much more widely spaced. One of the locks the handle on the balance beam is of a different design to all the others I have seen and not just an inverted U drilled through the beam. 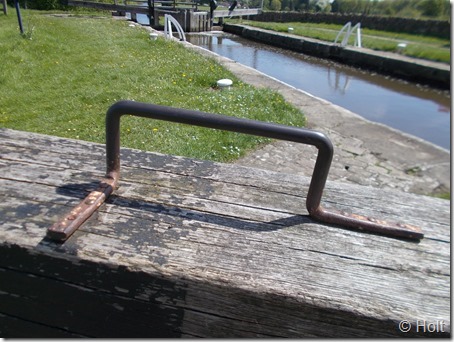 One thing I have learnt with these locks is that you have to make sure the back doors are closed as you descend in the lock or it may be a back cabin full of water as the boat moves back to open the gates. 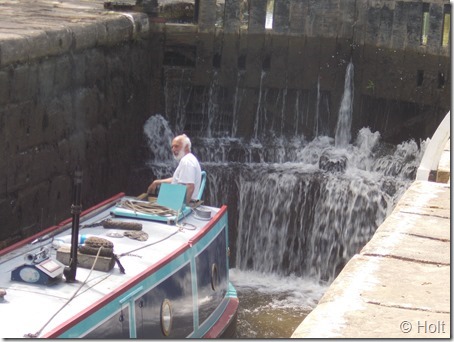 The weather as been great again, I didn't quite get round to shorts but it tee shirt once more. Just look at that sky. 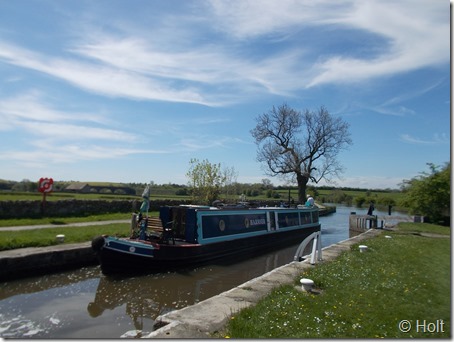 Once through the third lock we planned to moor on the 3 day visitor moorings, so did everyone else it seems, so we went as far as lock 4 and filled with water before reversing back passed everyone and mooring just above the visitor moorings, luckily we were able to get the bows on the end of the moorings, no rings but 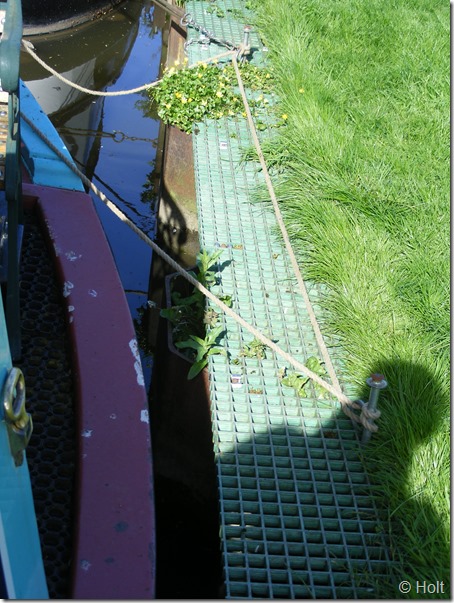 a hard piled edge covered in plastic grating which doesn't feel to secure. It could do with support on the outside edge. 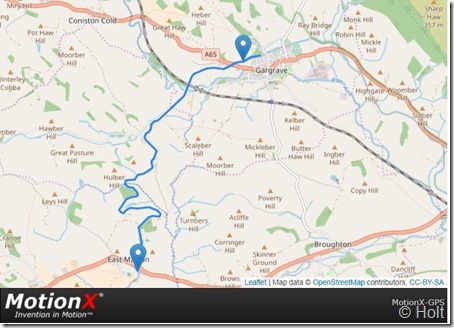