Not so hot today but still a shorts and tee shirt day, just before we set off at 10 am Mrs Duck turned up and she now had 27 chicks that's 9 more than yesterday, don't ask me how, I don't know. 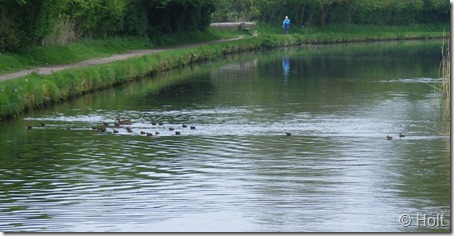 We had a few locks to do today, the first was Appley. There use to be two locks here but they were replaced by one that is 12 foot deep, The old locks are still there and you pass the bottom one before arriving at the new lock. 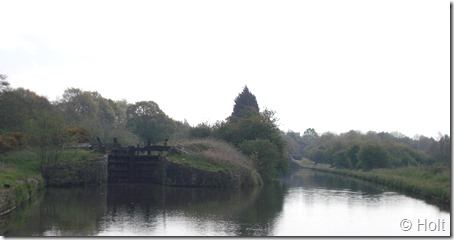 It looks as if at sometime this lock may have been shallower as there are what look like recesses to house the bottom gate paddles higher up the sides, but no sign of gate recesses other than where the gates are now. 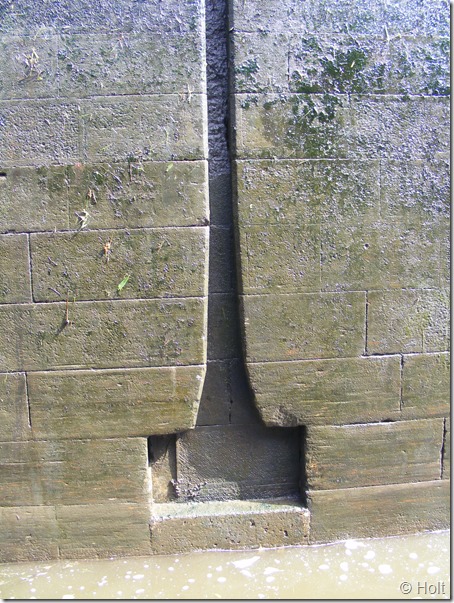 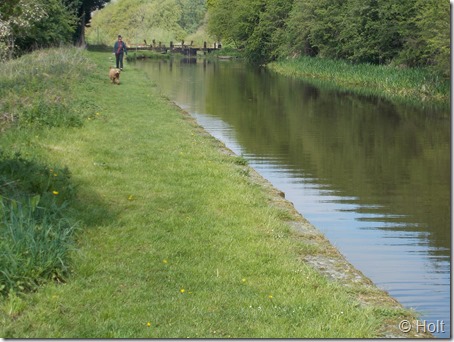 The Himalayan balsam is growing well in the warm, damp weather we are having as can bee seen here. 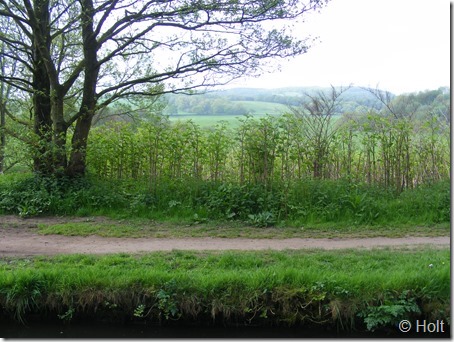 The river Douglass is not far away from the canal here.  The Douglas use to flow into the sea at Southport, but now it goes into the Ribble Estuary. At one time this river was navigable from the sea to Wigan and some of the lock remains are still visible, it soon went out of use once the canal was open. 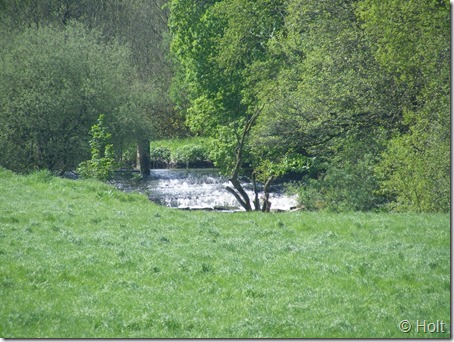 We were soon at Dean Lock, this also has another lock in parallel with it but is not so deep as Appley so it only bypasses a single lock. Again you come to the bottom of the old lock before arriving at the bottom of the new one, but this time the new one is in view as is the motorway running almost over top of it.. 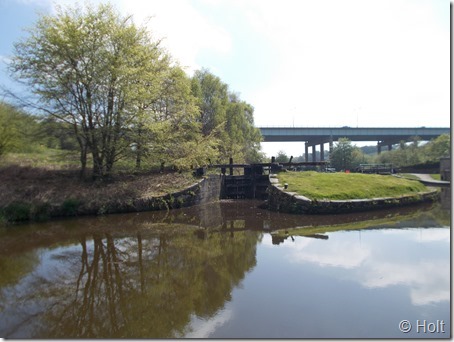 We pushed on in the sunshine, not seeing so many boat on the move today. When we arrived at Meadow lock were three chaps by the lock side who had consumed quite a bit of cider with all there belongings on the lock beam, they cleared the stuff off as soon as Diana arrived and the one who had been asleep was quite communicative, the others insisted that had been jumping across the lock before we arrived, its probably 18 feet. Once we left 2 of them jumped into the lock but were a bit surprised how cold the water was. When Diana returned to the boat she said the top lock area was covered in blood, it obviously hadn't come from these three.

Just after we entered Pagefield lock a boat came the other way but just hovered while we worked the lock and left. I think that was the third or forth one we had seen. When we went through last The Orwell pub was covered in scaffolding, that has now all gone. I have the feeling I saw Weatherspoons in the end of it now. 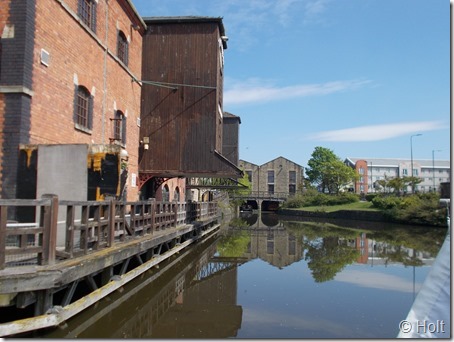 Its a shame the rest of the area has been let go, a lot of work has been put into the interpretation gardens with a Bantam Tug, crane

and other items all left to decay. The seem to find money for these projects but not to maintain them.

Its a sharp right opposite The Orwell under Pottery Rd Changeline Bridge, that's a name and a half for a bridge, on the bridge is another statue, one that took Diana by surprise first time she saw him. 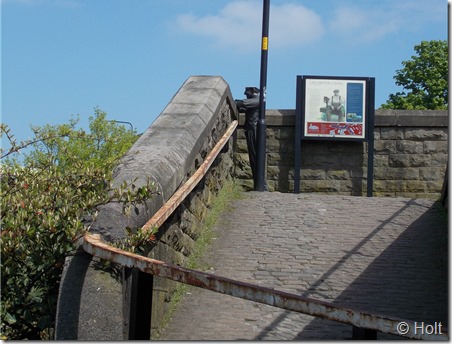 We decided to stop below Henhurst Lock as the surroundings are nicer than just below the Wigan flight where we would moor for the night. We could have a wander round and look at things, but almost as soon as we stopped it clouded over and as we ate dinner it started to rain, so we just stayed put until the rain stopped. Needless to say as soon as we set off the rain started again, we worked up through Henhurst lock, the water flow from the gate paddle is quite fierce but we only used the near side paddles, to get to the off side is quite a trek, up onto the road, over the bridge and then back to the other side of the lock, not sure what you would do if you needed to drop the paddles in a hurry, it was then on past the junction to moor behind another boat waiting to go up in the morning. As soon as we stopped so did the rain. 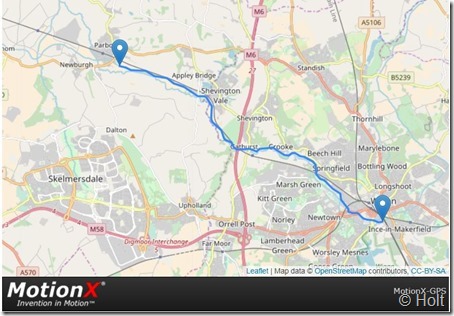 I think that's Japanese Knotweed, not Himalayan Balsam. The Balsam is barely out of the ground at the moment.