Yesterday I received an email from CRT saying that Lock 56 would be closed for repair from 8am until mid day, so I nipped back and told the boat behind, its about 2 hours from where we moor so a 10 am start would do fine.

At 9-20 this morning the boat behind set off, Diana told them we would be along in 10 minutes and would see them at the locks, so at 9-30 we were away. A couple of the locals came out to see us off. 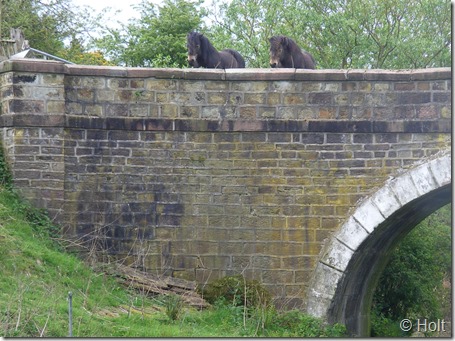 I think today was even colder than yesterday and the sun never really got through. A little after an hours travelling we crossed the 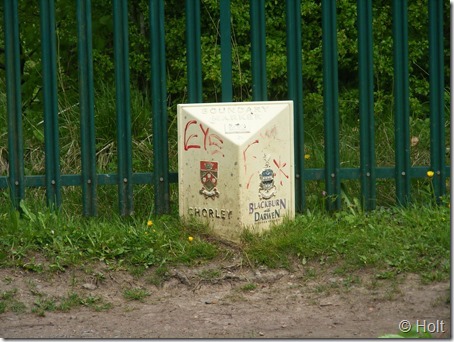 boarder between Blackburn and Chorley, there is even a stone to mark it.

We arrived at the bottom of Blackburn locks at about quarter to twelve, the other boat was tied to the lock moorings and we tied up behind them. CRT had just finished the repairs and a chap was just climbing out or the mud, as you can see there is plenty of rubbish in the cut. 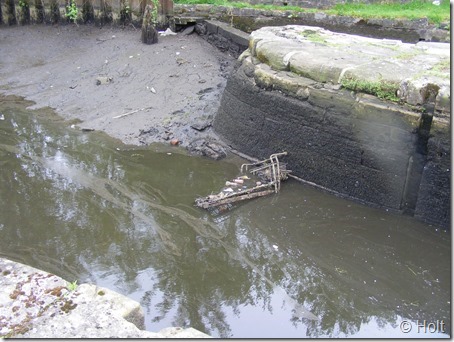 It took the best part of an hour to refill the pound, its the biggest in the flight both in length and width so we were able to have a bit of lunch before setting off. 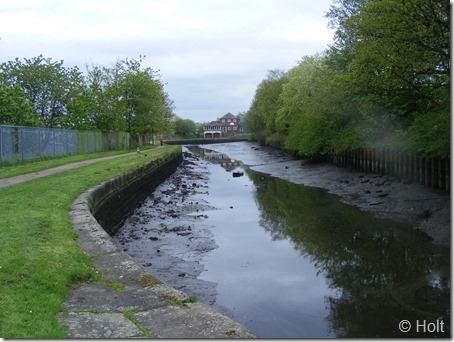 Again we were sharing with nb. Genevieve, the same boat we did the 21 with, so we worked the same system only walking as its a much shorter flight. 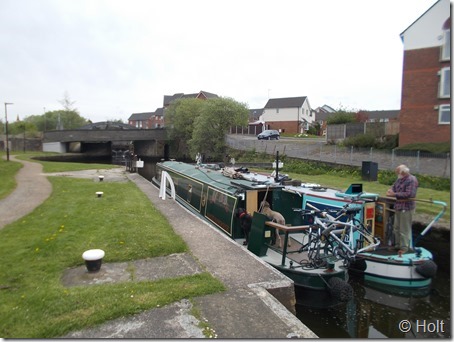 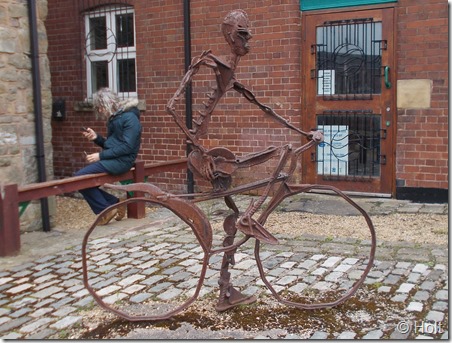 business unit. I had bit of a problem getting into the next lock as its a very short pound and was well down, I was surprised I didn't scrape the cill getting out of the second one. I got the stern within a foot of closing the gates so a bit of pulling and wiggling got us the rest of the way. At the top lock there was a boat coming down so we left the gate open for him and by the time he was ready to leave the top lock there was another boat waiting to come in, he had been following him all morning but unable to catch him. So leaving the top lock we left that gate open as well. We both pulled over just through the next bridge where there are rings and access to Asda and other shops. Diana returned first and we carried on to moor at Eanam Wharf outside Calypso where we are eating tonight. As I put it into reverse there was a clunk as I picked something up on the prop but after a bit of back and forth it seemed to clear, delving down the weed hatch to check once we were moored up I fund a lorry tyre wedged behind the prop dead centre on top of the skeg and under the weed hatch, I am now wondering how the boat would have performed if I hadn't removed it, a bit like a Kort Nozzle 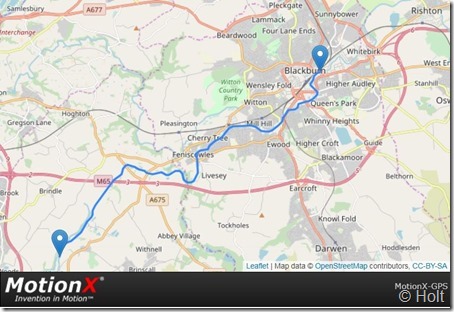