We set off an hour earlier today as I thought it would take about 5 hours to get to Leeds. We passed Barbara on her peace walk from Liverpool to Leeds at Rodley swing bridge, a boater had warned me this was very heavy bridge but luckily there were a group of fishermen there who helped Diana swing it. There was a Volockie on at Newlays 3 locks who asked if we would like some help, not only did he help us through the locks he phoned down to Forge 3 Locks so that when we arrived the lock gates were open and waiting. After that we were on out own until we reached St Ann Ings lock where again the gates were open ready for us, this time it was because a volunteer was greasing the paddle gear and collars. 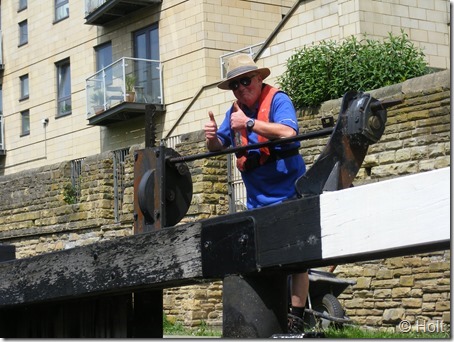 Barbara deposited one of her peace stones on a bench as she walked by, it made me wonder what her bag weighed when she left Liverpool. 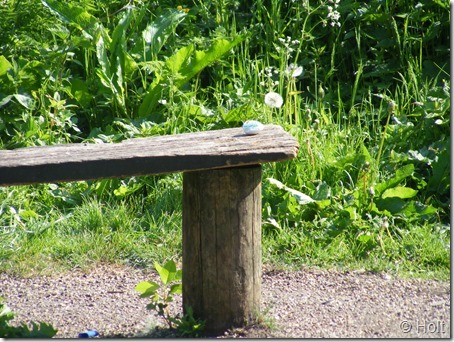 Coming into Leeds there is a boat, well more of a raft really and the walls are covered in bits of pianos, one thing that really plays tricks with your eyes are the three mirrors mounted low down which reflect the water so you think you can see straight through it. 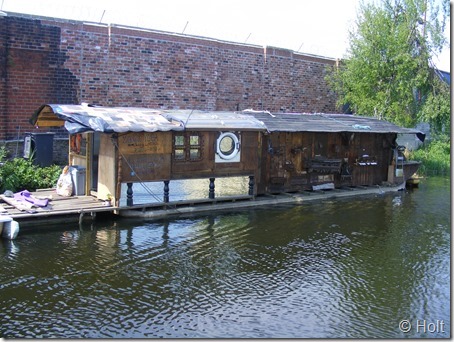 At Oddy Lock some has knitted woollen covers for the lock side bollards on the off side, just the bollards at each end, not the middle one. 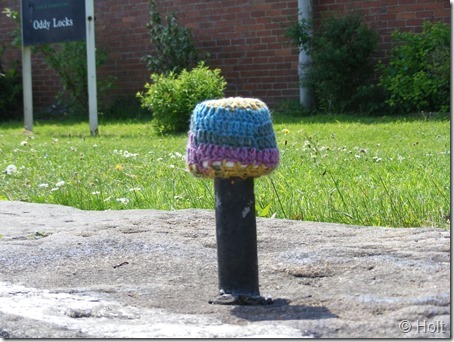 One more lock and we were down into Leeds where we hope to moor, what we didn't expect was a basin with finger pontoons, the only down side is its right next to the railway station. 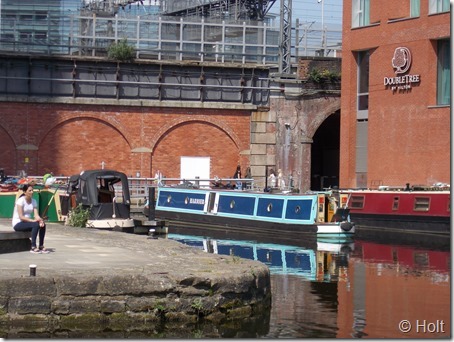 In the end our journey only took us 4¼ hours a bit shorter than the 5 we expected. 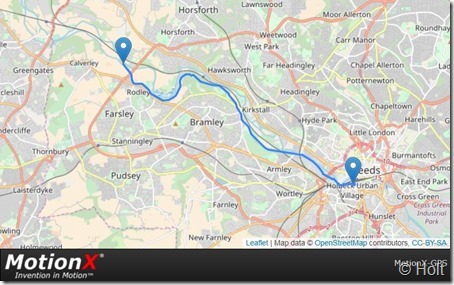